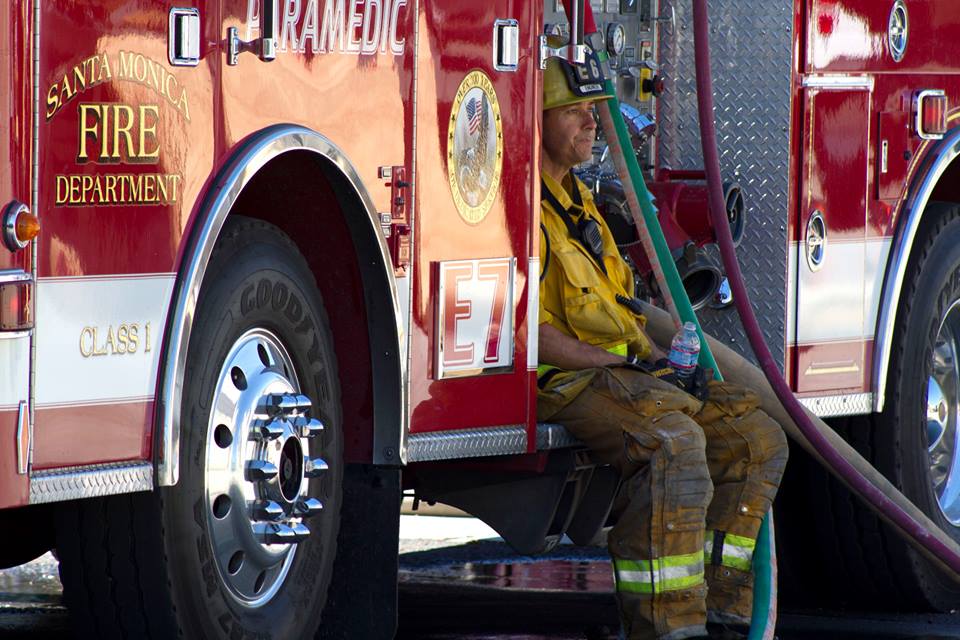 The role of fire departments in 21st-century urban centers.

Do firefighters fight fires? Obviously, but most of the time fire is not what calls them to action.

It’s been nearly 130 years since the Santa Monica Fire Department (SMFD) was formed, and since then, many changes have occurred within the department including the way firefighters are trained to the kinds of calls they respond to. In a City Council meeting on January 22, Santa Monica City Manager Rick Cole, while speaking about the city’s financial future, addressed the shift in the type of emergencies firefighters respond to on a daily basis.

The Santa Monica Mirror reached out to Cole to expand on this topic. According to Cole, around .06 percent of the calls to service the SMFD gets in a year are for structure fires.

“We average one or two structure fires a week in Santa Monica, yet the Fire Department responds to over 17,000 emergency calls a year. Many of these calls, about 20-25 percent of our 911 call volume, are about people experiencing homelessness. The Fire Department responds to medical and other emergencies, including reports of ‘man down’ or a person in distress.” Cole adds, “More often than not, when our crews arrive the person has already left, is simply asleep or suffers from chronic medical conditions that do not involve immediate treatment or transport to an emergency room. We now have a Fire Captain on special assignment working with our Police Homeless Liaison Program (HLP) Team, our Human Services Division and other County and non-profit providers to work on more effective ways to prevent and handle these calls.”

The Home Liaison Program (HLP Team) is a six-officer unit that, according to the City of Santa Monica’s website, uses traditional law enforcement and social service strategies to address homeless issues. This special unit plays a key role in the City’s Action Plan by linking outreach and mental health services to mentally ill homeless individuals encountered by the police.

The SMFD isn’t the only fire department that responds to such a high percentage of medical related emergencies. According to Brian Humphrey, spokesman for the Los Angeles Fire Department, “More than four out of five calls we receive are medical related.

Approximately 85 percent of our daily activity relates to emergency medical services. The remainder are a broad variety of fire-related services which would include structure fires and vehicle fires.” Humphrey adds that while fires have diminished over the years due to building codes, public education, and safer appliances, there’s still a significant impact of fires on the city.”

Growing public awareness has also had an impact on fires throughout the Westside as well.

“Fires, while more rare today because of advanced building codes, effective inspections and public education, still pose a constant threat in an urban environment. That’s why we still maintain our crews and equipment in constant readiness even as they respond to a wide range of other calls, plus they obviously pose a critical first line of response for natural and man-made disasters as well as mutual aid for wildland/urban fires,” Cole said. “The world has obviously changed in the last 100 years. The role of police, libraries, parks, fire and other services continue to evolve.”