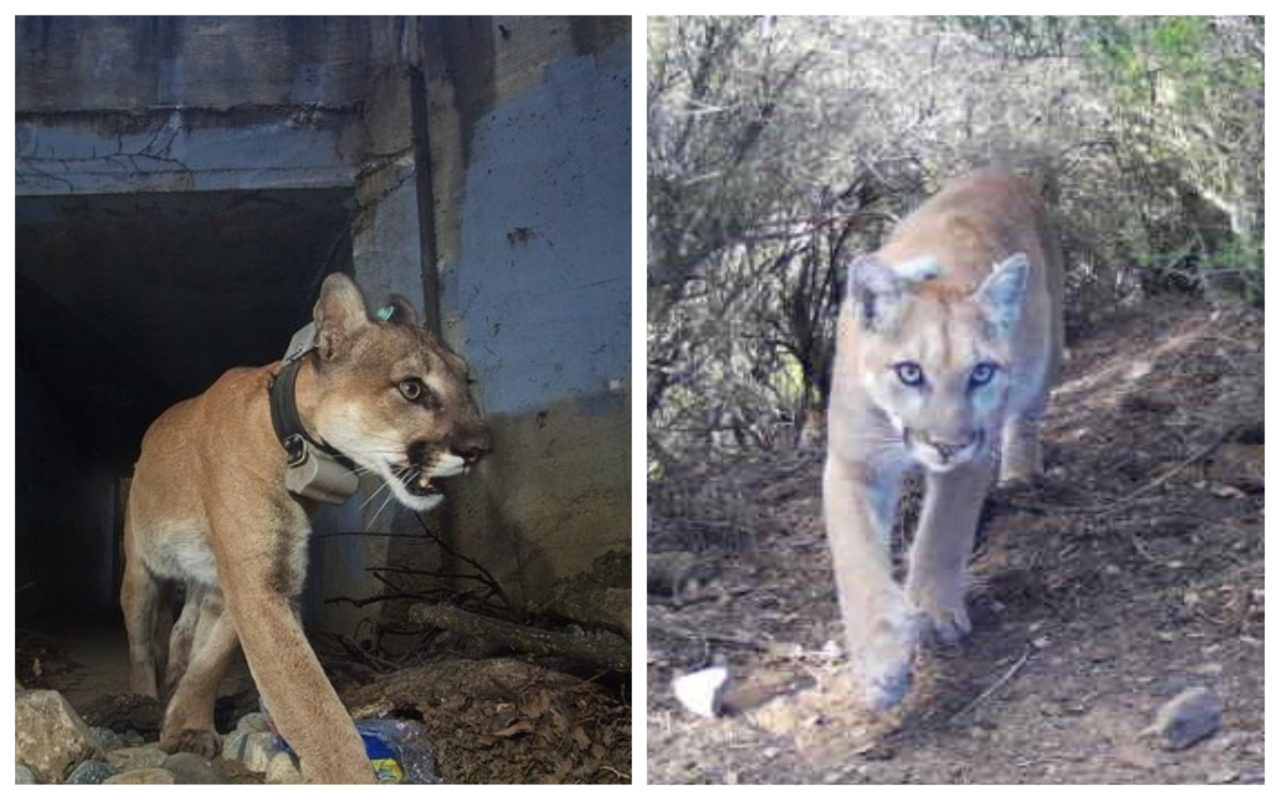 With over 150,000 acres of hiking trails, beaches and canyons, the sprawling terrain of the Santa Monica Mountains has always been an integral part of California’s diverse landscape. Last year’s devastating Woolsey fire scorched nearly half of the total land in the Santa Monica Mountains, threatening the natural habitat for over 500 species, including the notable mountain lions (which are the same animal as pumas and cougars).

“We were tracking 13 mountain lions when the fire broke out. Of those, we believe that one, P-74, perished in the fire. Another male, P-64, died a few weeks after the fire. We are awaiting an official cause of death from a necropsy being performed by the California Department of Fish and Wildlife, but he did have burned paws,” said a spokesperson for the National Park Service (NPS).

The Los Angeles area is just one of two megacities in the world with a population of large cats. Just over three months after the onset of the Wooley fire, how mountain lions, have adjusted to their affected habitat is still unknown.

“With regards to how they adapt, we don’t yet know the answer to that question. What we’ve seen so far is that mountain lions, whose home ranges are within the burned areas, are still using those areas, but may be spending less time there and traveling through it. The exception to this is P-65, a young female whose home range has continued to be entirely within the burn area. It’s likely that she is finding unburned spots within the burn perimeter and finding deer to prey on,” the spokesperson said.

Migration for mountain lions and other wildlife to other regions is extremely difficult, due mostly to ocean and freeways that surround the Santa Monica Mountains.

As destructive as the Woolsey fire was, other factors still pose a bigger threat to the welfare and safety of mountain lions.

“The biggest threat to the well-being of mountain lions in this area continues to be habitat fragmentation due to roads and development. After a major fire that burned so much of the Santa Monica Mountains, the need for habitat connectivity is even greater,” the spokesperson said.

“I think research is critical to understanding how a fire of this scale affects mountain lions and other wildlife. On a broader scale, supporting efforts that improve habitat connectivity are critical to ensuring the long-term survival of mountain lions in the Santa Monica Mountains. The best example of this is the effort to construct a wildlife crossing over the 101 Freeway in Agoura Hills. This effort would connect the Santa Monica Mountains to the larger habitat areas to the north,” the spokesperson said.

Organizations like NPS play a significant role in safeguarding the Santa Monica Mountains and the wildlife that dwells there.