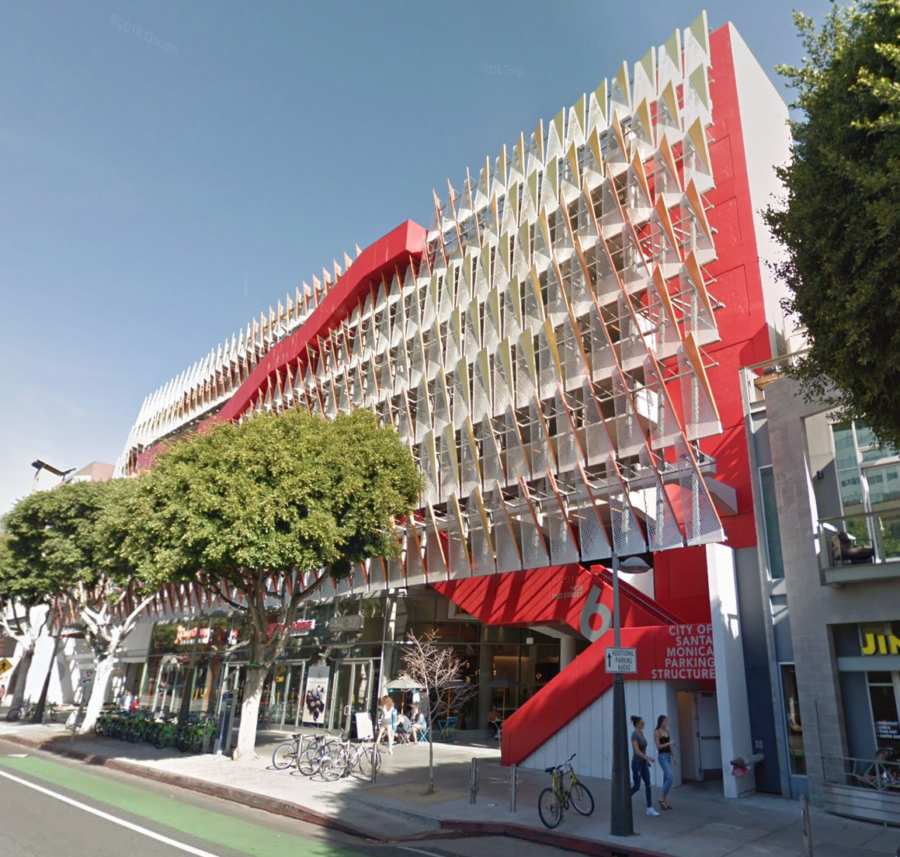 On any given evening (and especially weekends) pay a visit to north-bound 2nd Street between Broadway Avenue and Santa Monica Boulevard, and you’ll encounter a world-class clusterpuck. A cast-in-cement gridlock that often extends back along 2nd Street all the way to Main Street in front of City Hall; hopeless drivers stuck in Parking Structure 6 trying to exit; hapless bicyclists trying to thread their way along the bicycle path on the street’s east side and breathing the fumes of stationary vehicles, and pedestrians–largely tourists and restaurant patrons– hopping across the street between the moving parts, heedless of oncoming traffic from the north. Second Street in the evenings is the transportation dystopia dreamed of by panting car-haters to force drivers out of their cars. But it is also a planning disaster that impacts much of Downtown Santa Monica and beyond.

How did this happen? Through a series of well-intentioned actions that, collectively, add up to a dysfunctional system. It is a lesson for the rest of the city, and for future planning efforts.

Parking Structure 6 is an award-winning and eye-catching work of modern parking design. It opened in 2013 to much acclaim, attention and plaudits from both the public and professional designers. A well-known parking industry publication said this:

“Parking Structure #6 achieved LEED Gold certification and is the City’s most eco-friendly structure to date. It was also awarded as the Best Design of a Parking Facility with Fewer than 800 Spaces during the 2014 International Parking Institute Conference & Expo. The old structure was completely demolished and a new one was created in order to create a modern, sustainable and more convenient parking system.”

Indeed, for a time this well-designed and costly project worked very smoothly, and attracted small businesses to its ground floor and pedestrians to the bright red front stairs for exercise (as noted glowingly by KCRW on January 7, 2014, in a program entitled “Santa Monica Builds a Parking Structure Pedestrians Can Love”).

Not content to let sleeping garages lie, the City decided on further improvements to 2nd Street. Bicycle lanes were added on each side of the street, as part of a continuous path leading to Main Street in front of City Hall and beyond. And later, a new diagonal crosswalk system was installed at the corner of Second and Santa Monica.

Looked at individually, each of these installations is actually very desirable. The goal of using effective design elements to protect and encourage bicyclists and pedestrians in an automobile-intensive zone is a worthy one, and certainly an appropriate focus for this city’s government. But a piecemeal approach to “activating” 2nd Street over time has brought all of these elements together into a single place with little coordination between the different pieces, and this has resulted in a terrible problem.

When the bicycle lane was installed in front of the parking structure, the city reduced the parking exits from two lanes to one (for 744 cars!) to prevent cars from turning into the bicycle lane as they leave the structure, and to stop them turning left into the southbound lane. This has resulted in tremendous delays within the structure during busy periods, (which are almost daily), forcing drivers to sit in exhaust-laden fumes while they wait. Impatient motorists often venture out to the street, even when street traffic is at a near-standstill. This forces pedestrians to walk out into traffic as they pass the structure’s exit lane. The new and innovative diagonal crosswalk at the end of the block causes the traffic lights to change with much longer intervals. This slows vehicle traffic speed to zero, and forces a traffic backup all the way to City Hall. Bicyclists, in the meantime, are forced to thread their way between cars trying to make a right turn onto Santa Monica Boulevard.

The reason for this big bowl of mobility mess is that each worthy effort to improve the street was done individually, over time, with little regard for the overall impact on the street. A carefully-considered plan that examined in detail all of these elements from the very beginning might have reconfigured some portions to allow all these features to work harmoniously together.

Incremental band-aids, as opposed to careful and detailed planning, are the downfall of many well-intentioned municipal efforts. Our SMa.r.t. colleagues have often written about the need for a detailed masterplan for the entire city. The current situation on 2nd Street, especially in the evenings and summer nights, is an example at the micro-level of our problems at the larger scale.