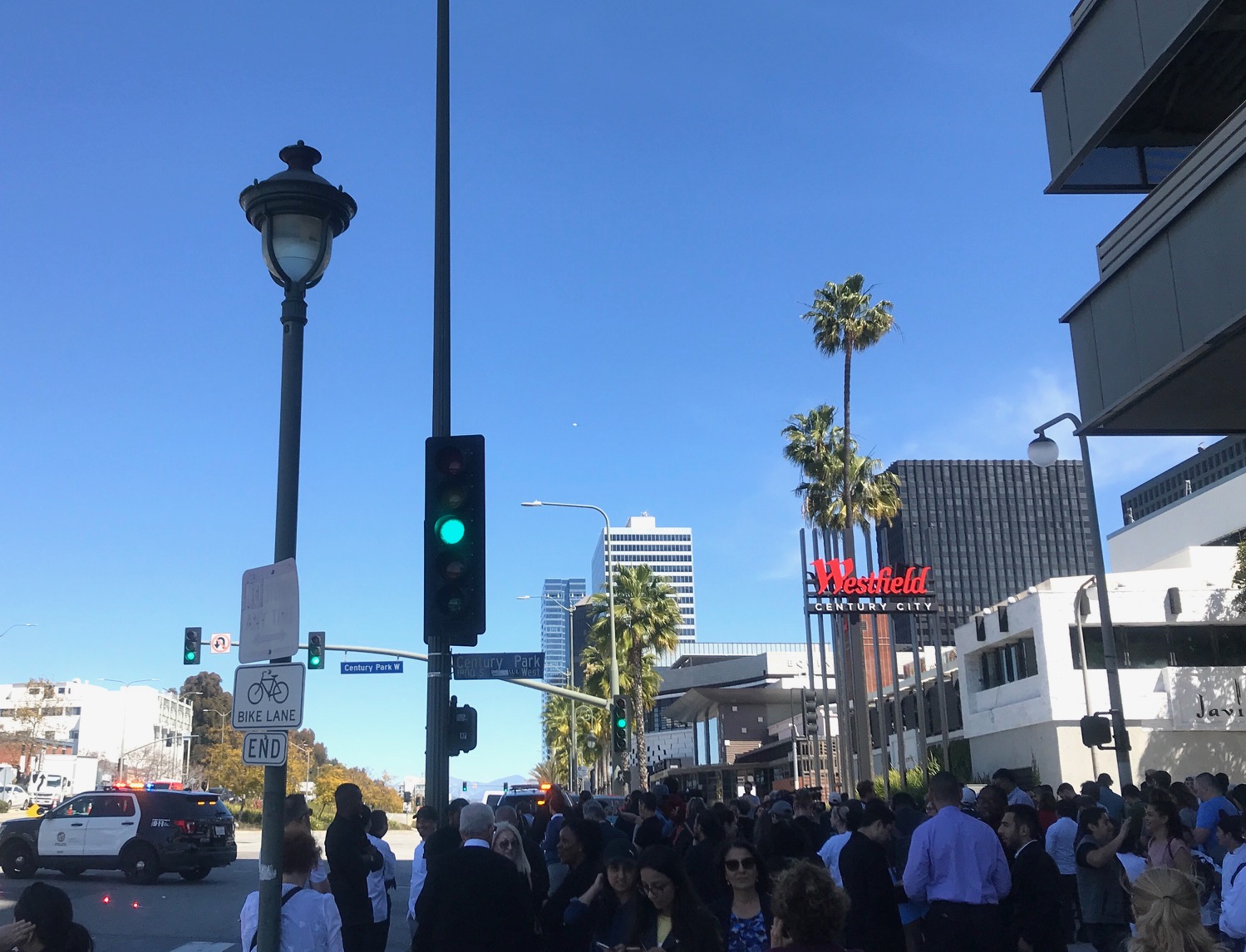 No victims or shots fired at the time of publishing.

West Los Angeles was rattled Friday amid reports of an active shooter and a bomb threat at Westfield Century City Mall.

Around 1 p.m. Friday, the Los Angeles Police Department (LAPD) responded to calls of an active shooter at the Century City Mall. Officers responded to the scene and evacuated the mall and began searching for a suspect. At the time of publishing, the LAPD has no evidence of a shooting or any victims.

In addition, officers at the scene of the incident discovered a suspicious package, which at the time of publishing police are investigating.

At 2:36 p.m., the LAPD tweeted that “If you’re sheltering in place within the Century City Mall you can begin to calmly exit the location. We ask that you remain calm and follow instructions of the officers at scene. We have NO evidence of a shooting or any victims at this time.”

According to LAPD Public Information Officer Sgt. Montgomery, officers responded to the Westfield Mall after reports of a “man with a gun.”

“Officers entered the mall attempting to locate the individual. While conducting their search of the mall, officers met with a security guard who stated he hadn’t heard any gunshots or located any victims. While proceeding with their search, officers were directed to a suspicious package located inside the Amazon Store,” Montgomery said.

LAPD Bomb Squad and the Los Angeles Fire Department (LAFD) responded to the scene to investigate the package.

“A unified command has been established and we are working in partnership with LAFD to bring this incident to a peaceful ending,” Montgomery said.

To hear first-hand from an individual who was in the mall when news of an active shooter was first reported, watch our live coverage above.