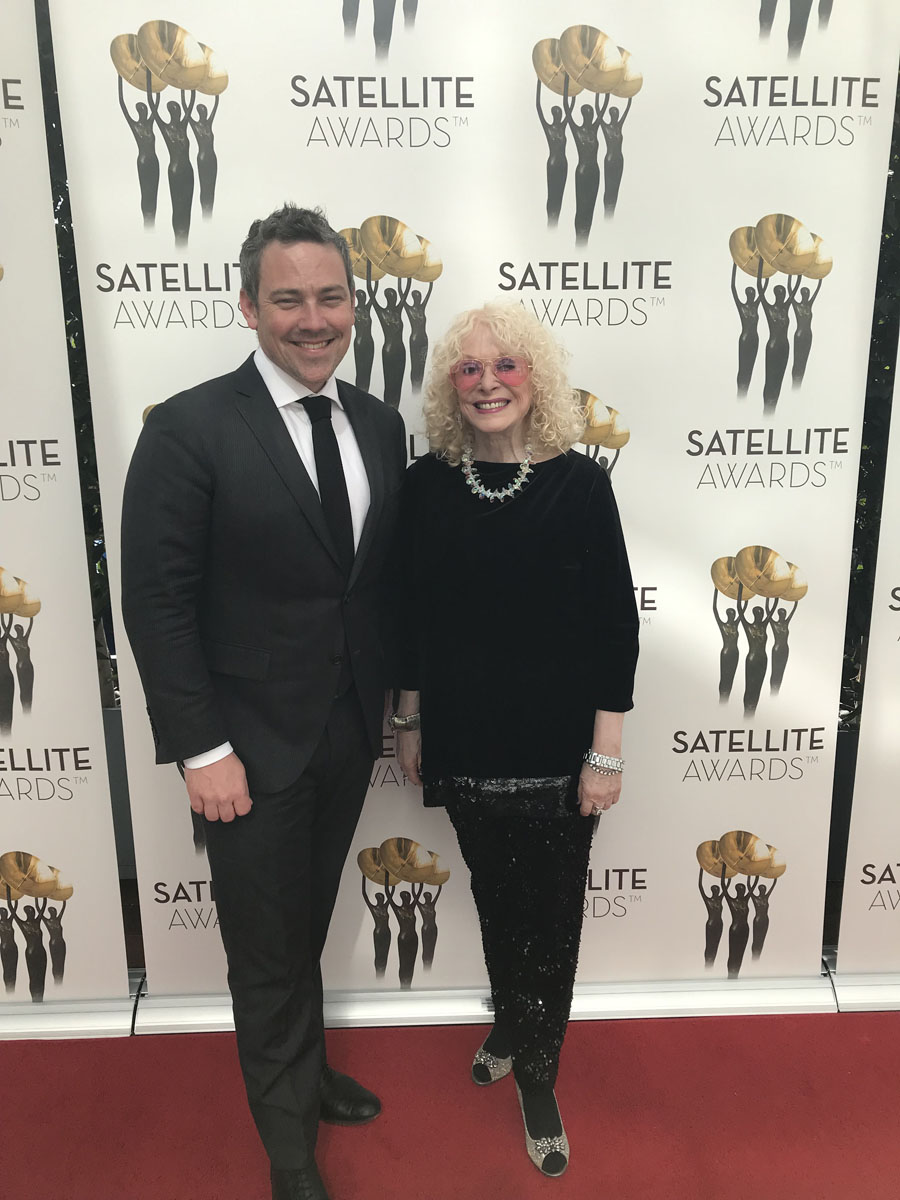 Awards weekend kicked off Friday in an informal, but elegant luncheon on the patio of the Mondrian Hotel where the International Press Academy (IPA) under the leadership of its President, Mirjana Van Blaricom, held its 23rd Annual Satellite Awards honoring the outstanding achievements of 2018.  IPA is a global association of professional entertainment journalists representing a multitude of print, broadcast, and digital media. Although members vote in film, television and technology categories, only six Special Achievement Awards were presented as follows:

On the next day, after years of rain and windy conditions, the sun god thankfully smiled upon the beautiful Santa Monica beaches where a cluster of tents seemed to spring up overnight for the 34th Film Independent Spirit Awards, honoring the best independent films of 2018.  This annual celebration recognizes independent, artist-driven films with a unique vision and made with limited budgets.  The subject matter is often provocative and embodies originality, which many times cannot come to fruition under the auspices of a big studio.  The Independent Spirit Awards recognizes these achievements and promotes the finest films of the year to a wider audience.

Televised live from the main tent, this is a much more informal event where stars are not required to arrive bedecked in thousands of dollars in designer gowns and outrageously expensive jewelry. This annual event, which began as a small grassroots program, has grown into one of the most anticipated film events of the year. Honorees, presenters, guests, and journalists show up from all parts of the globe to honor these outstanding men and women at this assemblage of talented writers, producers, directors, and actors. This year’s host was the adorable Aubrey Plaza, whose wit and charm were a delight as compared to the year Sarah Silverman hosted who brought the proceedings down to a below the gutter level.  Plaza was lots of fun and kept the proceedings moving in a brisk, never a dull moment format. The attendees, most of whom walked the Red Carpet, could kick back and relax and actually enjoy themselves much more so than the more formal Academy Awards ceremony, which would take place the next day.

A sampling of some of the winners includes, Glenn Close, who won for Best Female Lead for The Wife, Ethan Hawke won for Best Male Lead for First Reformed, Barry Jenkins picked up another win for his If Beale Street Could Talk, Boots Riley scored for Best First Picture with Sorry To Bother You, which he wrote and directed, Alfonso Cuarón received yet another prize for Roma in the Best Foreign Language category, Bo Burnham’s Eighth Grade got the Best First Screenplay nod, Regina King scored Best Supporting Female for If Beale Street Could Talk, with Richard E. Grant winning Best Supporting Male for his role in Can You Ever Forgive Me? and Morgan Neville took home the trophy for Best Documentary, Won’t You Be My Neighbor?

The awards season frenzy is officially over.  Jewelry on loan from some of the most famous designers in the world has been returned to such houses as Tiffany, Dior, Hermes, Cartier, or Harry Winston.  Make-up and hair Stylists have gone back to their respective salons, tuxedoes and gowns have been put back either in closets or returned to the designers, and a variety of statuettes in different colors, shapes, and weight will grace fireplace mantels.  Now it’s back to drawing boards to create that next special independent film.