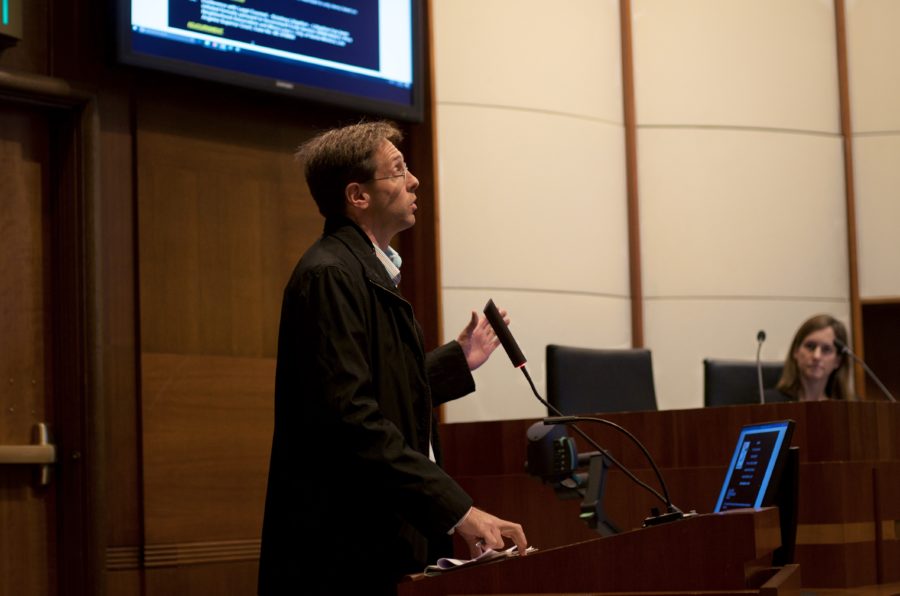 Santa Monica City Councilmembers are tired of meetings that last till 1 and 2 a.m., literally. So they’re taking measures to shorten meetings by trying to cut down on time spent on comments made by the public, but they’ll have to balance Santa Monica residents’ first amendment right to freedom of speech.

“The idea that we’re going to have a coherent conversation about something at 1 or 2 in the morning when we all have day jobs is just not realistic,” said Santa Monica Mayor Gleam Davis during the February 27 City Council Meeting.

During this meeting, a new resolution was unanimously approved which makes it so that members of the public who are willing to cut their speaking time in half are allowed to speak first during public comment. Those who wish to speak for the full two-minutes will do so afterwards. In addition, the resolution also gives priority to K-12 students so that they can get home before curfew. The rules passed by Council also grant speakers using an interpreter double time.

These rules will be in place for the Tuesday, March 5 City Council meeting.

“What we’re looking for is to have quality engagement and conversation in this meeting,” said Mayor Pro Tem Terry O’Day. “Not to curtail people’s input, but rather to make sure that by having a predictable and efficient meeting that everyone can be heard.”

Residents are torn. On one hand, Jerry Rubin says he fully supports the new rules.

“As someone who speaks at about every council meeting, I don’t see this as something that’s restricting peoples’ right to speak,” Rubin said. “I think this is a balanced item that’s respecting the need of a community to have shorter council meetings.”

“People have been dying to be able to speak, and you would take it away,” Foster said.

Denise Barton agreed, telling the council, “What this really shows is that you do not care or want to hear what the residents have to say.”

Councilmembers noted multiple times that they don’t want to restrict anyone’s speech, saying they believe these rules will actually increase the public’s ability to be heard.

“The public has to be able to stay with us through our meeting…if they have to wait till midnight or 1 in the morning they just won’t be heard,” said Councilmember Kevin McKeown. “We’re struggling with how to balance input from a large number of people, so as many as possible get heard on all the items that they care about.”

City Manager Rick Cole noted there are 88 cities in Los Angeles County and that many other councils have had to put time limits on comments from the public. According to their official city council agendas, both Santa Monica and West Hollywood allow two minutes per speaker, Los Angeles allows one minute, and Malibu, Beverly Hills, Culver City and Burbank all allow three minutes per speaker.

Councilmember Ted Winterer said it’s about quality, not quantity and suggested that the council try to communicate better with the public to cut down on time.

“If we can educate the public that it’s a much more effective way to present your point to get your five or six salient points about the issue, have five or six speakers speak to that and then have the other 30 people in the room who support that stand up, we’re all gonna be better off in the long run because we’ll have more intelligent dialogue,” Winterer said.

Some Councilmembers were also wary of the rule giving students a priority. Councilmember McKeown reminded everyone that when the council previously had this rule, adults would bring students just to skip the line.

“It has the potential for great abuse,” McKeown said.

The council said they’ll continue to keep an eye on the issue and make more changes as needed.

“I do think that this is a dynamic process,” said Councilmember Greg Morena. “I’d like to keep it as such so that we review this in some periodic basis to try to keep some type of scorecard to see how we’re doing…and so the public also knows how we’re keeping score.”

This was the original proposal that City Staff recommend, but City Council decided to get rid of this threshold at the Feb. 26 meeting. The City Clerk has, however, been instructed to look into potential thresholds council could adopt in the future.