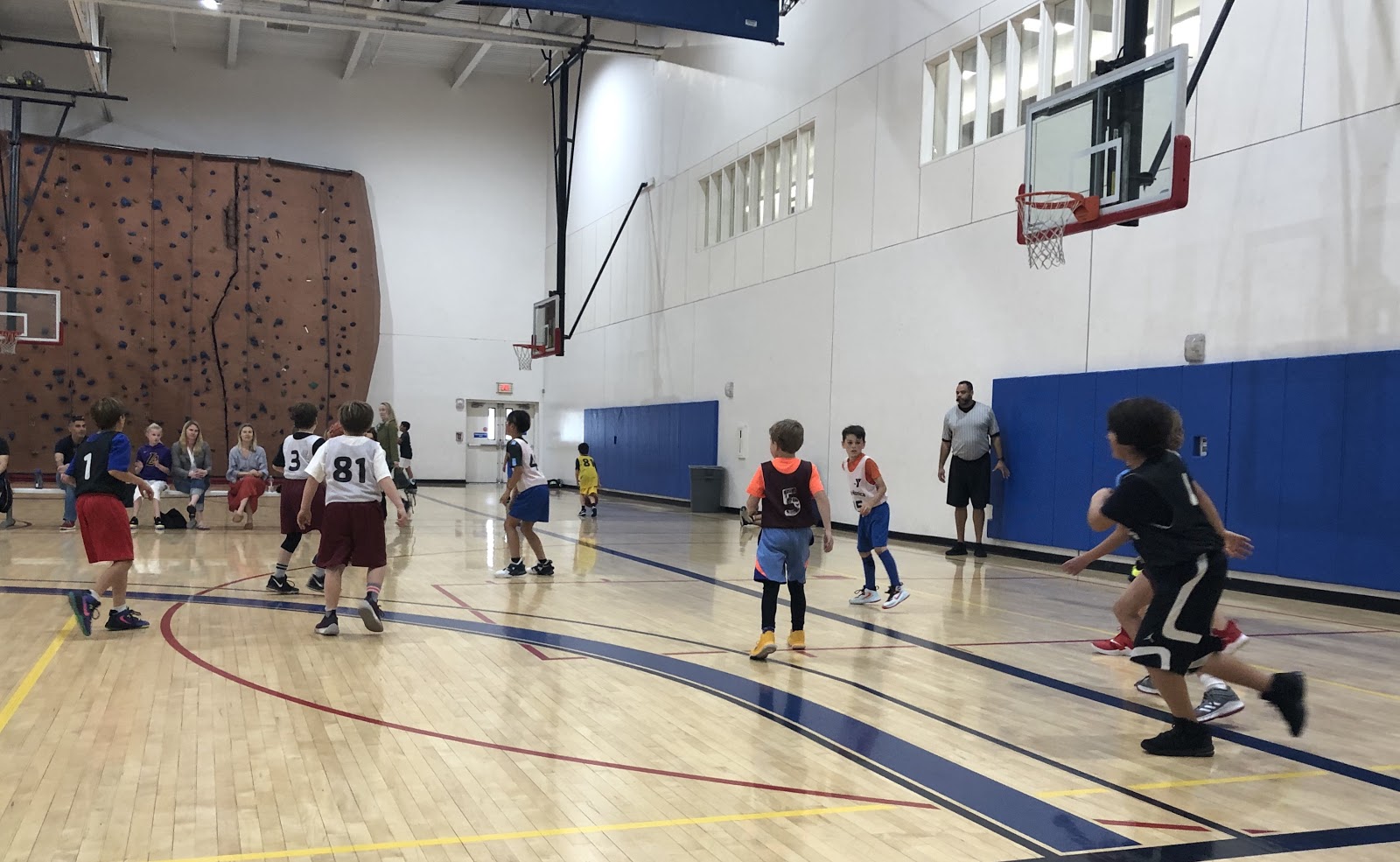 Welcome to the tenth issue of volume two of Swish, a weekly periodical with recaps and photos of Santa Monica YMCA youth basketball games, and other pertinent info such as standings, schedules, announcements, and updates from the program.

As the Santa Monica YMCA youth basketball Winter season came to its conclusion this past weekend with All-Star games on Saturday, and divisional banquets on Sunday. The Spring season kicked off earlier last week with some of the new teams having their first practice, and all teams having practice this week.  This coming weekend, all Spring teams will have a practice/scrimmage on Saturday, and the Bantams and Minors will begin their regular season with games on Sunday.

Award winners from all the banquets are listed further down this periodical.  If your child won an award, and was not present at the banquet to accept his award and to receive his or her trophy, then please come to the Santa Monica YMCA basketball office to pick up your trophy and any award certificate.

Special thanks to all the parents, coaches, and the players for making this past season a fun and enjoyable experience for all of us involved in youth basketball at the Santa Monica YMCA.  Furthermore, thanks to all those that submitted summaries and photos for the Swish, it wouldn’t be possible for this periodical to be successful without the help of parents, coaches, and players.  Thanks to everyone for making this possible and a success for the youth basketball program at the Santa Monica YMCA.

The following is from https://devzone.positivecoach.org/sites/uploads/files/PCA_Flushing_andParking.pdf by Roch King, Assistant Professor of Athletic Coaching Education, West Virginia University and PCA Trainer:

During the acquisition of any new skill, we all go through a period where we make more errors than correct responses. It is part of what is called the learning curve. For this type of error, the tool of the mistake ritual is very powerful. We gain mastery of new skills through repetition. Mistake Rituals, such as “The Flush,” allow athletes to forget the error and quickly move to the next opportunity, without fearing consequences if they make another error. The more opportunities, the more quickly the skill will be learned and the errors will diminish.
There are some “mistakes”, however, that should not be forgotten entirely. These are mistakes of preparation. An example would be athletes that are not conditioned well enough to continue to run hard during the fourth period of a game. These types of mistakes are best handled with a technique sometimes referred to as “Parking.” With Parking, the mistake is put aside during periods that we can not work on correcting it
(such as during the game), but remembered during the times that it can be worked on (the next practice). Imagine going to a movie. Your car does you no good once you are in the theater, but you certainly want to remember where you put it once the show is over. Similarly, it serves no purpose to dwell on not being as fit as you could be, or as strong as you could be, or as prepared for the full-court press as you could be, while the game is going on. However, it also does you no good if you flush and forget these types mistakes and arrive at the next game just as under prepared. So Parking serves as a mental image for putting aside these types of errors. This allows for finding strategic short-term solutions for the problem, but also allows for re-addressing the problem at the next opportunity where you can actually do something about it. A parking ritual such a mak-ing a fist and moving it forward parallel with the floor (similar to the motion of moving the stick shift into park) can be used to accompany the mental image of putting the mistake in the parking lot to be retrieved later. An alternative parking ritual comes from one of my former students who closed his hand so that all his fingertips were touching and made a move up with his hand. When I asked what it meant, he said “it’s like putting your gum under your desk so you know where to get it when class is over.”

Each week, Swish has a profile of a coach, player, or someone in the program who inspires all of us involved in Santa Monica YMCA basketball.  This week’s profile is the Mevasse family. I had the pleasure of coaching Kai Mevasse in his first season of Santa Monica YMCA basketball in the Bantam league during the Fall 2018 season.  Kai was a great kid to coach, and his father Elan was a terrific assistant coach for our team. Priya Mevasse also made her debut this past Fall in the Minors. I told Elan that he would make an excellent coach, and he took me up on my suggestion, and will make his debut as a coach in the Minors this Spring season, and will coach both Priya and Kai.  Elan brings an enthusiastic and positive reinforcement style of coaching that will benefit and encourage all the players that he will coach. I’m looking forward to watching his team play.

DocDrew:  What made you decide to coach at the Santa Monica YMCA?
Elan:  I really enjoy the environment. Everyone on the staff is very welcoming. In addition this provides an opportunity to get to know other families in the community.

DocDrew:  Are you excited about your father being your coach?
Kai and Priya:  Yes.

DocDrew:  Who are your favorite players and why?
Kai and Priya:  Zion Williamson. He is a good player. He dunks a lot. He is left handed like Priya.

The Mevasse family are recent transplants to Santa Monica from the Bay Area, and we are very lucky to have such a great family be part of our youth basketball program at the Santa Monica YMCA.