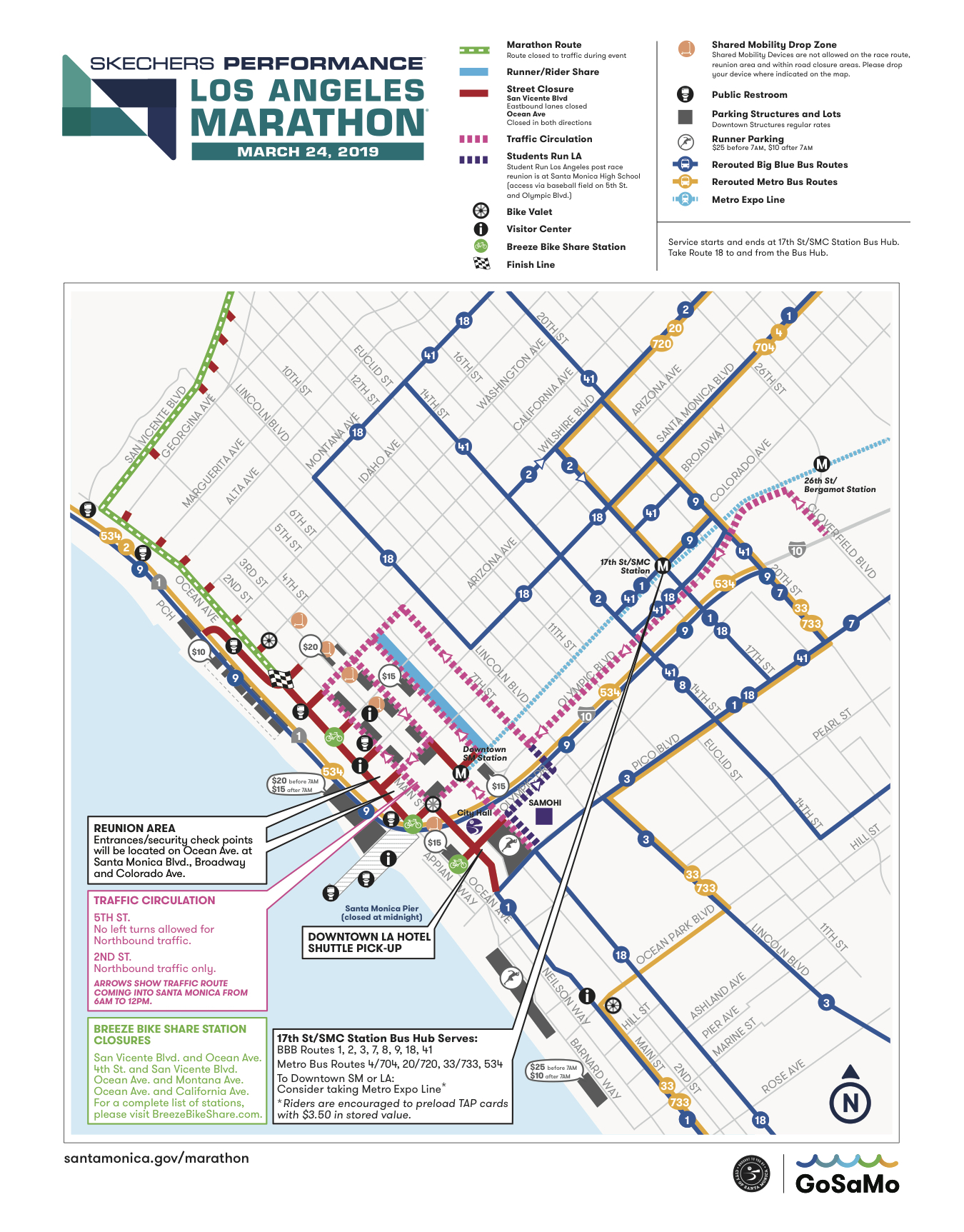 On Sunday, March 24, runners from all around the world will lace up their kicks and participate in the annual Los Angeles Marathon, and once again Santa Monica will be home to the finish line.

The front of the race will be highlighted by an elite international field to include top professionals from Mexico, Ukraine, Kenya, and Ethiopia.

The  “Stadium to the Sea” course, which has been in place since 2008, shows off some of the very best of Los Angeles.  With Dodger Stadium as the starting point, the course traverses from downtown LA, West Hollywood, Beverly Hills to Santa Monica with a majestic finish overlooking the Pacific Ocean.

In traversing this course, runners will proceed down San Vicente Boulevard, entering Santa Monica, before finishing the race heading south on Ocean Avenue.

While the action will no doubt be exciting, the race will have a significant impact on traffic. According to the City of Santa Monica, “taking public transit or riding your bike on the day of the marathon is a great way to help reduce traffic.”

For those who need to hop in the car, be aware of the following closures:

For more information, visit www.santamonica.gov/marathon. For a list of closures in the City of Los Angeles, visit www.LAMarathon.com/race-weekend