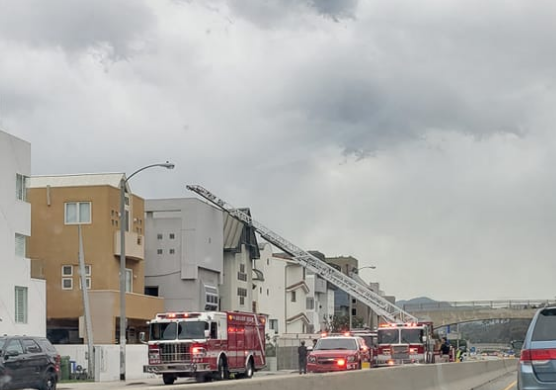 A portion of Pacific Coast Highway (PCH) and California Incline in Santa Monica was shut down Monday due to police activity after a man attempted to break into a home, set the house on fire, before jumping onto the roof of an adjacent building.

According to Santa Monica Police Department (SMPD) Lieutenant Saul Rodriguez, police received a call for service this morning regarding a man who was attempting to break into a home near the 1300 block of PCH. In addition, the suspect tried to set a portion of the house on fire. When SMPD officers arrived on the scene, the suspect fled to a roof of an adjacent building.

Police proceeded to take the suspect into custody while the Santa Monica Fire Department (SMFD) remained on the scene to put the fire out that the suspect had started. According to Rodriguez, the fire damage was minor, and the closures should were lifted within an hour.