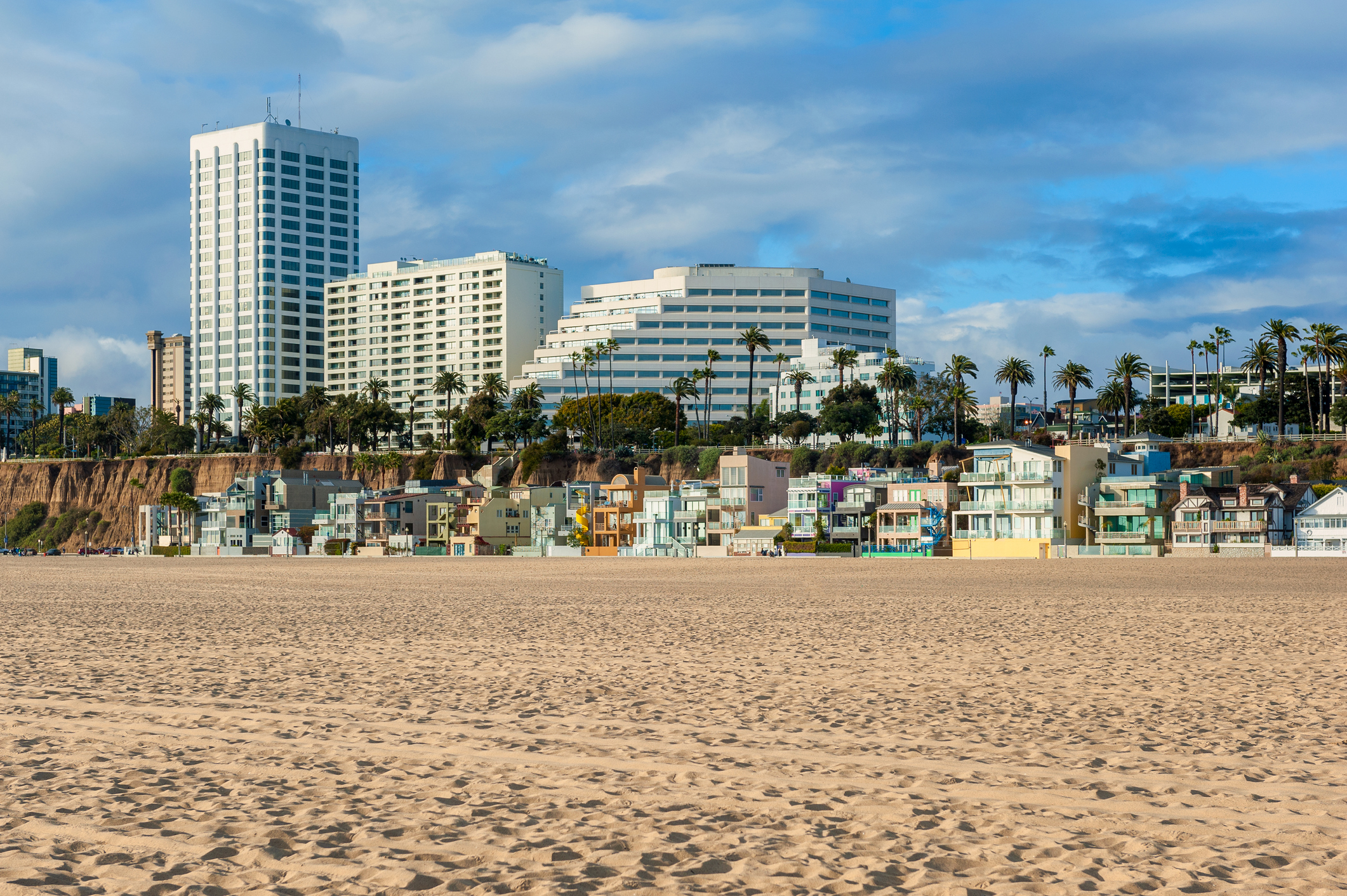 Santa Monica is unique in many ways. Perhaps most significant is how we are perched, high on a cliff overlooking the Pacific Ocean to the west. On our north side, we have another attractive view over Santa Monica Canyon. To the south, we slope down gradually to Rose Avenue and Venice. Our small City is therefore contained on these three sides. On the fourth, we adjoin with the greater Los Angeles basin. This transition is marked by a significant increase in building height and density- made more apparent by the current, but perhaps short-lived, contrast as one leaves our smaller beach town. This transition is a constant reminder of what the future may hold should we continue to overdevelop our City for the economic gains it provides at the expense of our City’s natural beauty and its unique beachside allure.

These geographic boundaries constrain our City’s area to only 8.4 square miles. As such, there is no room for lateral expansion. If it were a perfect square, it would measure less than 3 miles on a side and could be traversed by bicycle in less than 12 minutes. This small remaining land has forced future expansion in the only remaining direction: UP. Perhaps we should be asking not how, but why, we need to build taller buildings that block views, light and increase density. There may be many reasons but the most likely one is our City’s need to generate more revenue to pay for its profligate spending- far greater than most cities of a similar size.

Our City’s revenue comes from several sources but 70 percent, comes from business fees and taxes. Simply put, more business growth means more tax dollars. But these funds come at a cost, both economic and aesthetic. They are the reason that we are seeing more, and taller, buildings popping up like weeds across our City. This densification puts more pressure on our natural resources. This is a short-term strategy that is likely to have detrimental long term and possibly irreversible consequences. In some ways it resembles a “Ponzi Scheme” where those who are “in early” make out, while late arrivals are “left holding the bag”. In our case, it will be the residents who will be the eventual ‘losers’ when we run out of space, along with our sunlight, resources and ocean breezes. At that point, we may also see fewer tourists, a crucial source of City revenue.

So what are the origins of this problem, and why is it occurring in Santa Monica today? It is partially due to the City’s continual “updating” our Building Codes to allow more height and density. This excessive growth, and associated demand, has compromised the resident’s access to water, electricity and passable streets. It has led to increased crime and an overburdened infrastructure. It affects us both aesthetically and financially.

Some examples are increased traffic, crime, draconian water restrictions; higher utility bills and overtaxed emergency services. Generally, the increased density and height has led to the overloading of our City’s infrastructure and natural environment. This is becoming increasingly evident as each day passes and our utility bills go up and our ability to move about the City goes down.

This situation is exacerbated by our annual daily flow of visitors- 8.7 million in 2017- an average of 24,000 additional people each day or a 26 percent increase to our resident population of 92,000. Added to these tourists are thousands of daily commuters. At times, we approach the density of Miami Beach- 14,000/persons/sq.mi. This increase in density has created an additional burden on our infrastructure and residents as they try to move around the City and pay their utility bills.

It is time for our City leaders to take notice of our increasing vulnerability to environmental dangers of sea level rise and diminishing natural resources. Overbuilding our small City will only exasperate these problems. Although some may be years off, the extent of the problem requires an early, proactive strategy. A late, reactive approach when the problem has grown will likely make it more difficult to remedy. Our future planning should include contingency plans for the potential loss of our beaches and even the Pacific Coast Highway and McClure Tunnel. It should include a plan for the continued access to our natural resources and infrastructure on which we depend. It may even require the shift from tourist economy to one based on a more reliable source – for instance, a cultural economy.

Now, not later, is the time to start planning for higher temperatures, less rain and higher tides. To do otherwise would be shortsighted at best, and at worst inviting disaster. This is particularly important if our City population continues to increase, our resources continue to dwindle, our infrastructure becomes increasingly overloaded and our tourist economy falls further as the oceans rise.