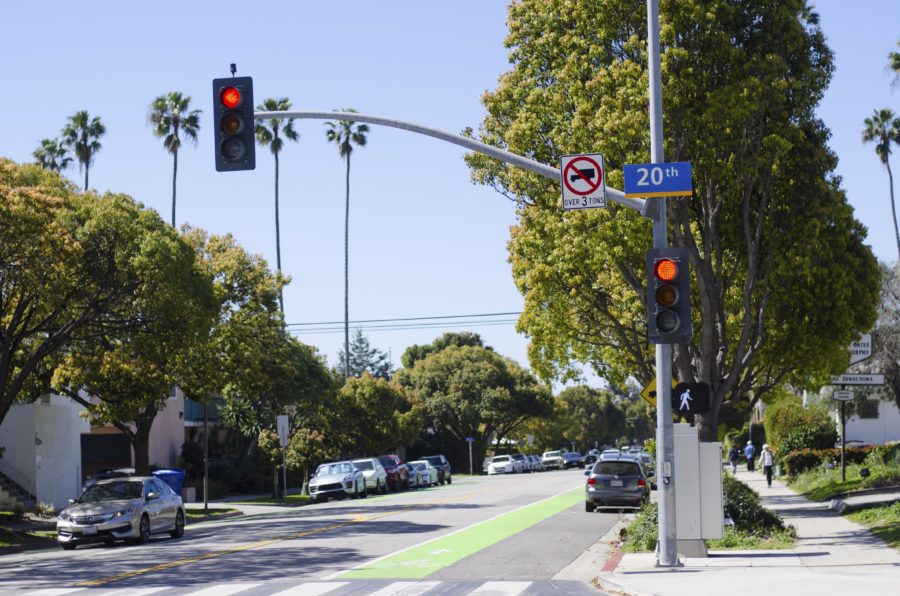 A look at the LPI intersections two years after their implementation.

As one of the most walkable communities in Southern California, Santa Monica puts a great deal of focus on pedestrian safety, adapting different methods to reduce injuries and fatalities. In February 2017, the first Leading Pedestrian Interval (LPI) was implemented along Lincoln Boulevard south of the freeway. Just over two years later, there are now roughly 50 LPIs with plans for 6 more.

According to the City of Santa Monica Planning and Community Development Department (PCD), LPIs give pedestrians a three-to-seven second head start when entering an intersection, enhancing visibility, and maintaining their right- of- way over turning vehicles. LPIs have been proven to reduce pedestrian-vehicle collisions by approximately 60 percent.

Volunteer-run organizations like Santa Monica Spoke work with the community, partner organizations and the local government to help create a safer environment not only for cyclists, but for pedestrians as well. According to Santa Monica Spoke Director Cynthia Rose, LPIs have had a positive impact on pedestrian safety within the community. “LPIs give pedestrians an advance to get into the crosswalk so that vehicle drivers have a better chance of seeing the pedestrians and eliminating conflict. LPIs are a proven tool in increasing safety, and it seems like the feedback we’re getting is that people really like them and that they do feel they get a better sense of safety. It’s a good first step.”

Santa Monica Spoke, founding chapter of the Los Angeles County Bike Coalition, was founded in 2009. According to Rose, “Our mission is to make our community safer. We want to protect our most vulnerable road users. So we’ve been working within the community, helping inform and giving input, and leading community outreach. Our emphasis is safety for everyone and to make our community healthier, safer, and more sustainable.”

Improvements for pedestrian safety are part of the Pedestrian Action Plan (PAP), adopted by City Council to eradicate injuries and fatalities under a Vision Zero strategy that focuses on zero pedestrian fatalities. According to the Santa Monica PCD, the City has reduced speed limits, installed pedestrian scrambles Downtown, and converted over 1,200 pedestrian traffic lights to a countdown style.

Rose adds, “Because of Vision Zero, most cities know what their high injury corridors are. I focus mostly in Santa Monica. There is a heat map of our high injury corridors. Wilshire Boulevard is one of them. The city has a grant right now, and they’re doing a safety study on Wilshire Boulevard to see what sort of things we can do to improve safety on that street. Along with the City’s commitment to Vision Zero, that’s one more step and one more tool that we’ll use to hopefully make our streets safer and more enjoyable for everyone.”