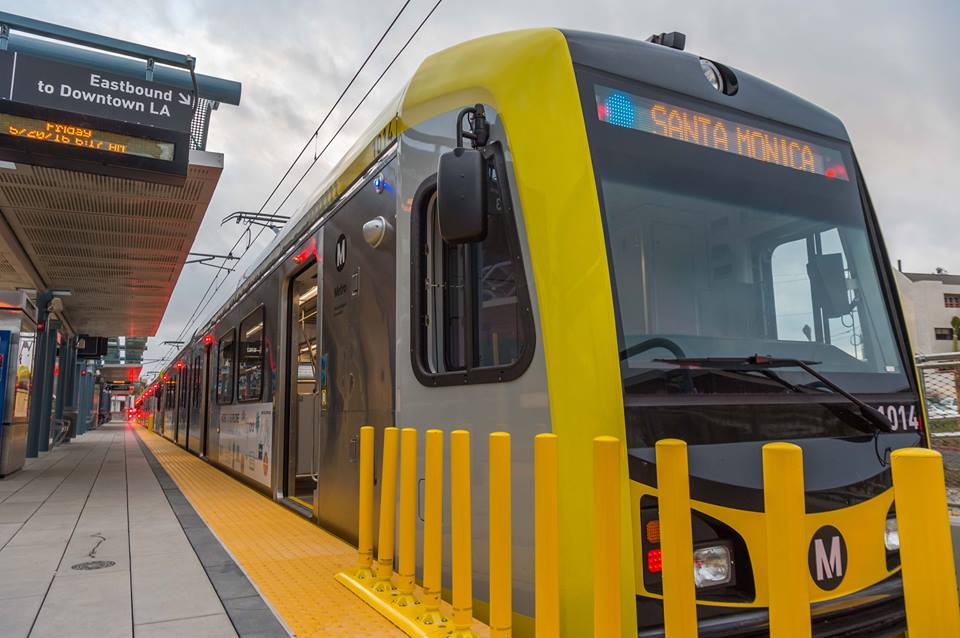 Westbound expo line collides with car at Lincoln and Colorado.

At 12:36 p.m. today, a westbound Expo Line train collided with a car near Lincoln Boulevard and Colorado Boulevard in downtown Santa Monica, resulting in minor injuries to the driver of the vehicle.

The Santa Monica Fire Department (SMFD) and the Santa Monica Police Department (SMPD) responded to the scene of the crash and shut down both Lincoln Boulevard and Colorado Boulevard. According to SMFD Captain Patrick Nulty, the car was a single passenger vehicle. Nulty said the driver complained of minor injuries and was assessed on the scene by paramedics who determined the victim did not need to go to the hospital.

At 1:10 p.m., the intersection was cleared and traffic resumed. At 1:26 p.m., LA Metro announced that normal train service had resumed.

According to Anna Poem-Ann Chen, Public Communications Officer for Los Angeles Metro, Metro does not currently know what caused the collision. Chen said that that information will be made available by the SMPD and the Los Angeles County Sheriff’s Department after an investigation.