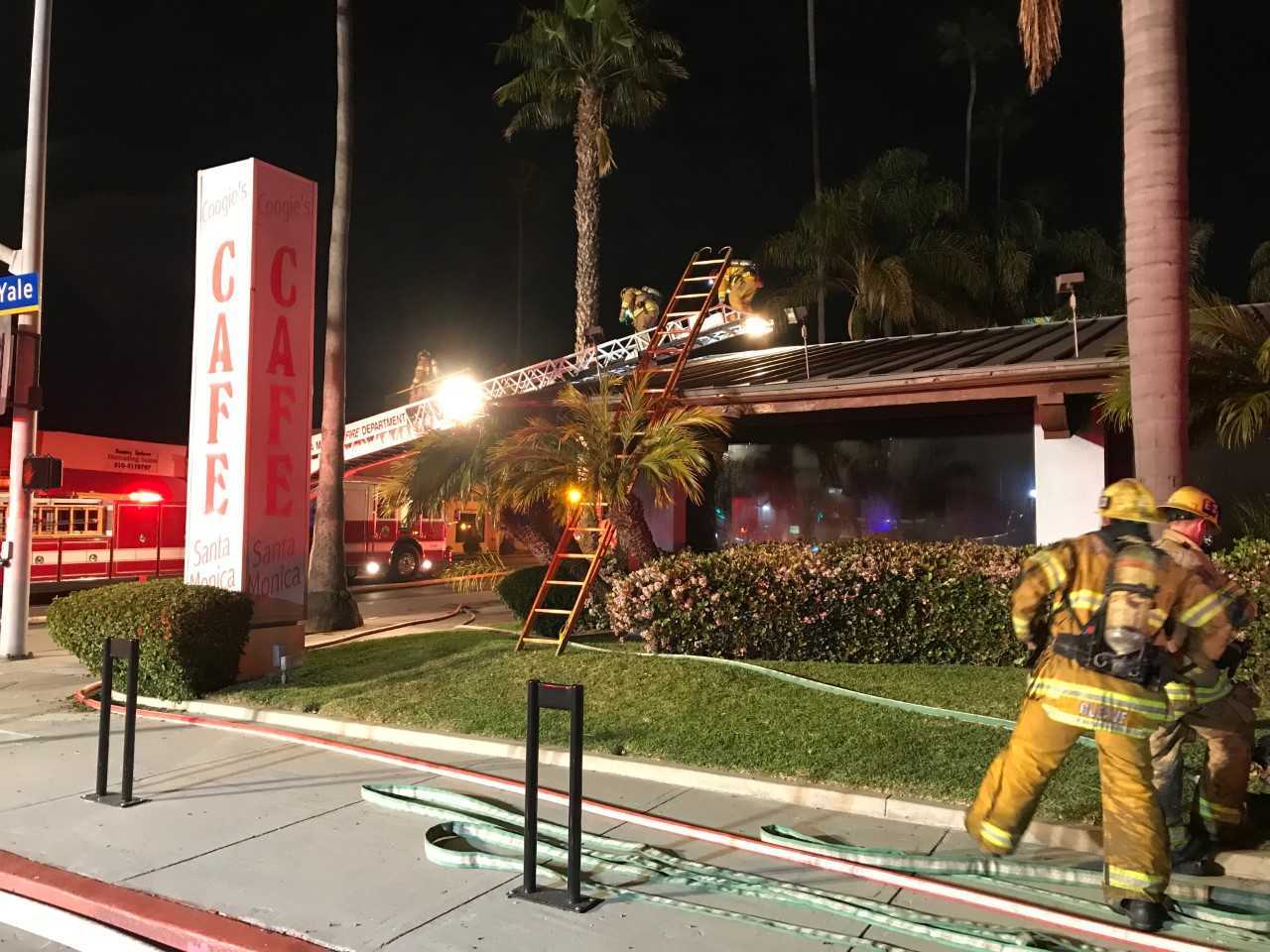 On Thursday, April 4, at approximately 9:09 p.m. the SMFD received a 9-1-1 call reporting a structure fire at Coogie’s Café located at 2906 Santa Monica Boulevard.

According to SMFD Captain Patrick Nulty, the restaurant had just closed for the night when staff members discovered the and immediately evacuated. Firefighters arrived in four minutes and were confronted with heavy amounts of fire which was spreading rapidly throughout the rear portion of the restaurant and to the exterior vegetation.

28 firefighters aggressively battled the flames inside the building while conducting search and rescue operations. It took 18 minutes for the fire to be brought under control which was kept from spreading and damaging surrounding structures. There were no injuries reported to occupants or first responders. SMFD Investigators remained on scene throughout the night and the cause is still under investigation. Santa Monica Police Department (SMPD) assisted with traffic and perimeter control.

According to SMFD Battalion Chief Marc Rose, Coogie’s closed early Thursday evening due to possible electrical issues. As reported by the Los Angeles Times, workers began smelling smoke about 6:30 p.m. from a recently-replaced light fixture and at approximately 7 p.m., saw smoke coming out of the bulbs. Staff cleared out the restaurant and began searching for the source of the smoke but did not find anything.

A staff member told the Times that before the fire broke out they heard an explosion.

Coogie’s owner Lawrence Rhee died in late February. The restaurant is set to be replaced by a mixed-use three-story building.

Editor’s note: a previous version of this article incorrectly stated that Coogie’s had been in the location since 1969 as reported by the Santa Monica Daily Press.