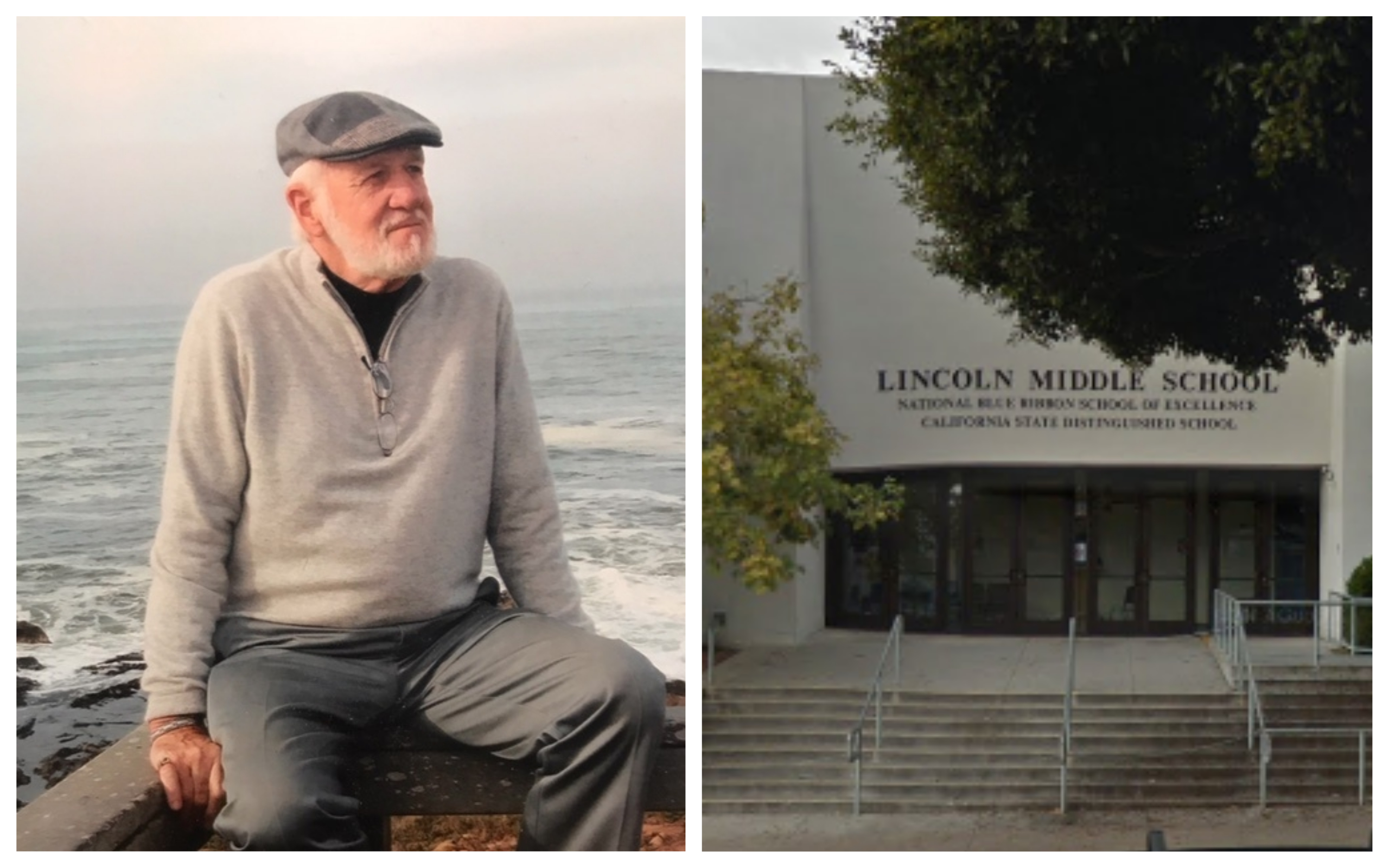 50+ years of dedication to students.

John Obusek has been a teacher for 56 years, 49 of which he’s spent at Lincoln Middle School shaping the young minds of students who fondly refer to him as Mr. Obie. He retired in 2002 but was asked to continue teaching the woodshop class as well as organize the 8th-grade end of the year activities that include a beach party, promotion and dance.

“Being around kids makes me think young and feel young, even though the body isn’t young,” Obusek said. “The one thing I promised myself when I retired in 2002 was that I would remain doing what I’m doing until I was no longer having fun or I felt like I was cheating the kids.”

Obusek’s dedication to the students who walk in and out of his classroom go beyond academics; he arms students with the life lessons they need to live happy and successful lives.

“I teach them pride in what you do, respect to all around you and yourself, and staying with it; don’t give up on anything. I think my rapport with the kids helps transmit that, and I think they see the love I have for them. Even though at times it’s frustrating when they disappoint you, that love is always there,” Obusek said.

Long after their time at Lincoln Middle School, the bonds Obusek forms with his students remain.

“Twice a year, I get together for a golf weekend with about 15 kids from my first class at Lincoln, and they are now 62 and 63 years old. I do keep in touch. I’ve been to their weddings. I’ve been to funerals. I’ve been to bar mitzvah’s, christenings, you name it. There’s a lot of respect between myself and the kids that I’ve taught over the years,” Obusek said.

The respect he teaches and receives goes beyond the students and impacts faculty as well. After losing his Woodland Hills home in a fire a few years back, teachers at Lincoln started the Obie Fire Fund and raised $19,000 in donations.

“You don’t learn things like that in a book. Feelings, how you treat and respect people, you can’t learn in a book. Something inside a person brings out what they are, and I’ve been blessed with that and consider myself quite fortunate,” Obusek said.

Despite the hardships he’s faced, Obusek maintains a positive attitude and wants nothing more than to share that positivity with the students he serves and the faculty he works alongside.

“It’s easy to wake up and be negative, but all that does is create more negativity in you. I have honestly tried to stay positive no matter what I do. There’s times when you get down but I try to not stay down. One of the counselors in the school, when I see her each morning says, ‘Obie, you’re always smiling.’ And I say, ‘I can cry if I want, but I always smile.’ It’s daily that I try to come in with that positive attitude,” Obusek said.

With nearly five decades of his life spent within the hallways, classrooms and playgrounds at Lincoln Middle School, Obusek is often asked why he’s remained there for so long.

“The kids first of all, and second of all, I’ve been blessed with a lot of parents’ support and the PTA, now PTSA. The support they give our schools is so appreciated, and I see that support when I run the functions at the end of the year,” Obusek said. “When the parents get involved, that makes the school. If you don’t have parent involvement, it’s not a fun place to be. They’ve got their own jobs and stress, but still, the parents’ support has been fantastic as well as people in the community.”

Through his compassion, selfless dedication and genuine concern for students that extends well beyond lesson plans and class assignments, Obusek reminds us all of the significant role that teachers have in their students’ lives.

“You’ll never get rich being a teacher, but you could never replace what it does to your heart. It’s something that touches you, and it stays there. When I get an email or phone call from somebody saying what they’re doing and how they’re doing, I appreciate that so much. I really do. I would like to think I’ve touched lives and helped make students better people,” Obusek said.