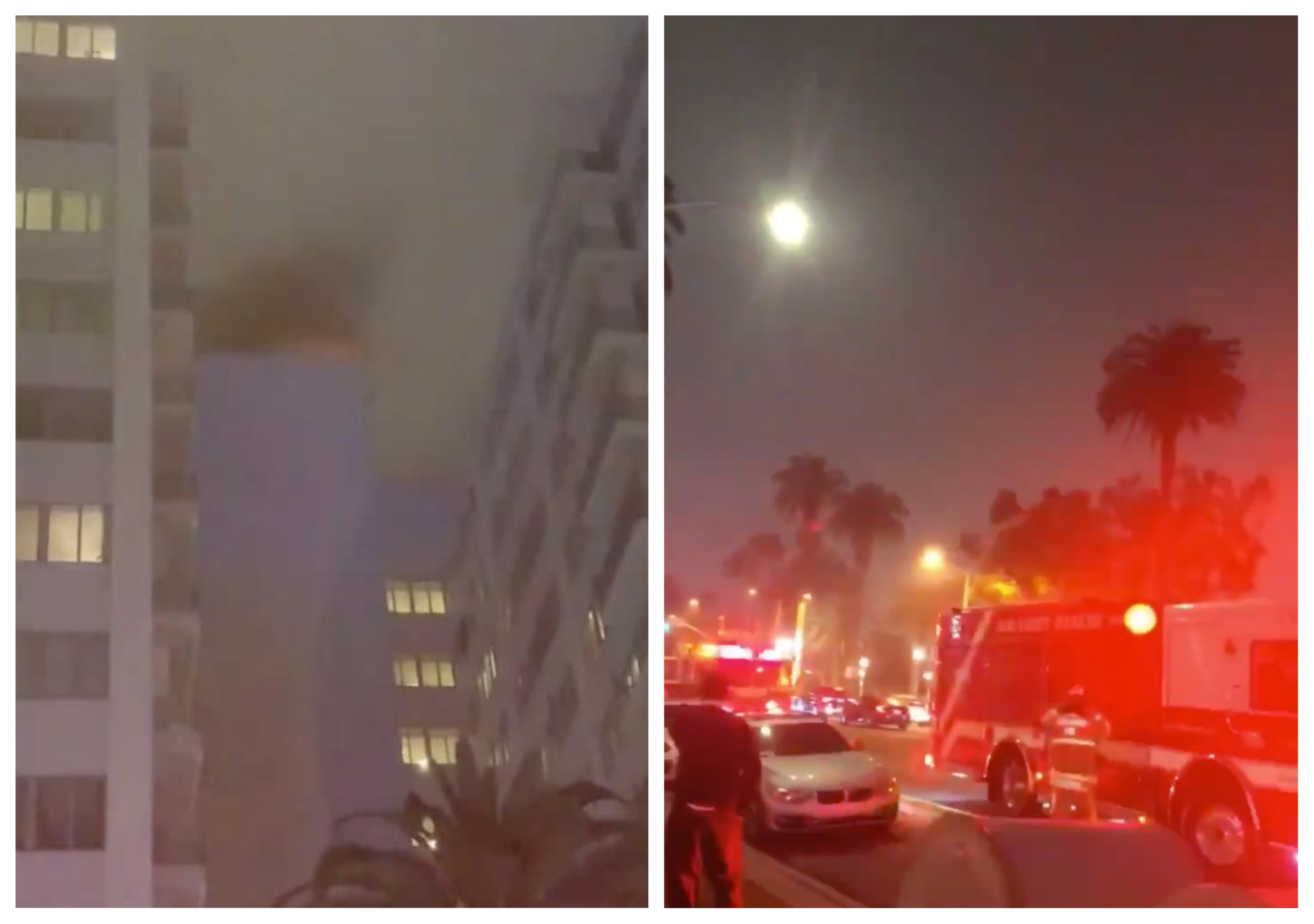 Fire breaks out on top story of Pacific Plaza.

Wednesday night, residents of a high-rise apartment building in Downtown Santa Monica got a scare when a fire broke out on the top story.

According to the Santa Monica Fire Department (SMFD) the fire, which was designated as a 2nd-alarm fire, was reported to the SMFD at 8:19 p.m. on the top story of the Pacific Plaza at 1400 Ocean Avenue in Santa Monica.

According to SMFD Public Information Officer Patrick Nulty, it took firefighters three minutes to respond to the scene and upon arrival saw a “large volume” of visible fire on the roof of the 15-story residential high rise building.

“Firefighters were required to ascend up the stairwells to access the fire, carrying tools and special hose packs which were used in the fire fight. Fire Engines pumped water into the buildings “Stand Pipe” system, a required fire protection feature within all high-rise structures that allows Firefighters to connect their hoses to on upper floors,” Nulty said.

It took firefighters 28 minutes to knock down the blaze and all SMFD resources were committed to the incident.

“The “2 Alarm” incident brought all 35 on duty Santa Monica Firefighters to the scene, which took 28 minutes to contain. The fire was confined to the roof of the building, which burned approximately 50% of the roof. Minor water damage occurred to 3 apartment units below the fire. The building was occupied at the time the fire broke out, however a functioning fire alarm system began alerting residents to evacuate prior to the Firefighters arrival,” Nulty said.

According to Nulty, Fire Investigators are working on determining what may have caused the fire, however, no determination has yet been made. There were no reported injuries to civilians or first responders. Assistance was provided by Santa Monica Police, and the Los Angeles Fire Department covered multiple 9-1-1 responses in Santa Monica during this incident.