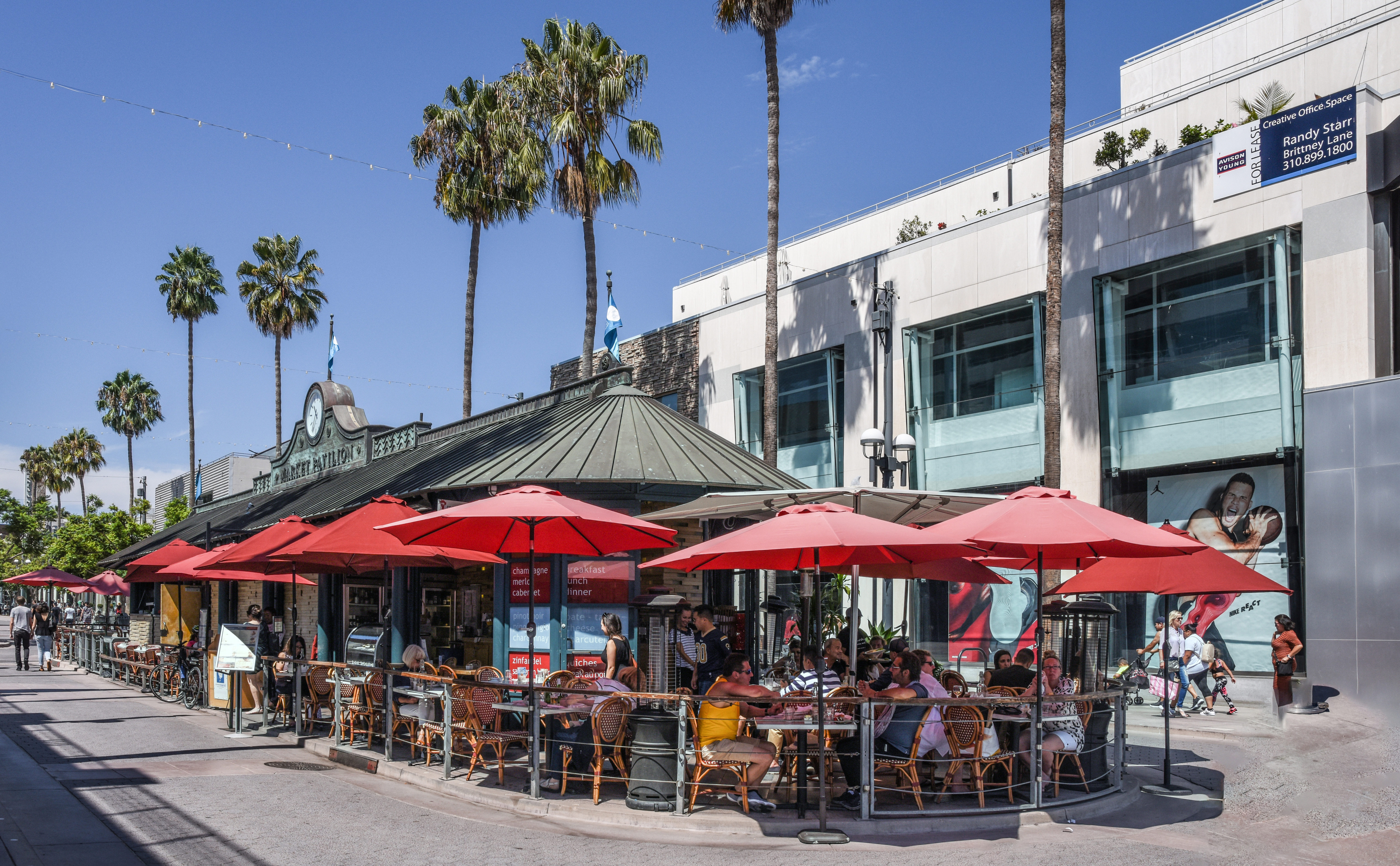 One of the things you’ll notice when you come to the Santa Monica Promenade, like 14 to 17 million people do every year, is a change in the number of retailers. A negative change, at least in terms of big-name businesses. And that’s not necessarily a bad thing.

“The Third Street Promenade greets more than 14 million people on an annual basis — including a significant number of locals, employees and guests from all over the world. Overall the downtown area is bustling with a diverse array of restaurants, shopping, farmers markets and establishments that satisfy the day to day needs of our community such as banking, medical offices and groceries. The Promenade has not seen any capital investment since 1989, so it is time to adjust to the changing dynamics of retail and reimagine our public space to suit the needs of the next generation.”

Tourism in Santa Monica as a whole has been pretty steady over the past couple of years, despite changes in the national economy, soaring rates in apartment costs and changes in the way people do business. The Promenade hosts about 100 retail slots. Six of them are temporarily vacant.

“It’s a transition,” said Orbell Ovaness, first vice president of CBRE, a high-end retail and grocery market marketing firm that counts the Promenade as one of its clients.

Retail is far from dead on the Promenade, but crowds there are smaller in recent years. A lot of those people aren’t going to the outlets like the now-shuttered Barnes & Noble, the bookselling powerhouse that has fallen on hard times, just like a lot of brick and mortar sales outlets, a factor in what has been happening along a broad scale across the United States. People just aren’t going out to shop.

A lot of people still come to the Promenade for ambiance: the talented street performers and the weekly farmers market, for example.

“Creative marketing is what is going on at the Promenade,” Ovaness said. A lot of that involves retailers who are making a footprint for their sales with smaller stores and business people making use of creative office space, where businesses rent office space for short periods of time to use as a fashionable address which doesn’t entail renting an office for a long term. Ovaness has seen a boom in creative marketing space since about 2017.

“The outlook is positive, now that the city is getting involved in revamping the street. They’re providing funds for infrastructure and making the Promenade more lively and entertaining,” said Ovaness. He’s speaking of Promenade 3.0, an effort in upgrading the street experience spearheaded by Downtown Santa Monica.

“One element of Promenade 3.0 focuses on the physical infrastructure of the street, and leans into the needs and wants of the community as the foundation. We are still in that fact-gathering part of the process, so there is much to learn. We know for certain that retail has shifted due to the demands of the consumer, so we are exploring what 3.0 can do to foster a diverse and desirable mix of uses, and enable independent businesses to open and be successful,” Rawson said.

“3.0 looks at the Promenade beyond shopping, and instead focuses on the elements of the street that make it a great place to meet face to face, share experiences and enjoy a richness that is uniquely Santa Monica,” she said.

Despite changes, the Third Street Promenade is still very much in business, and demand.