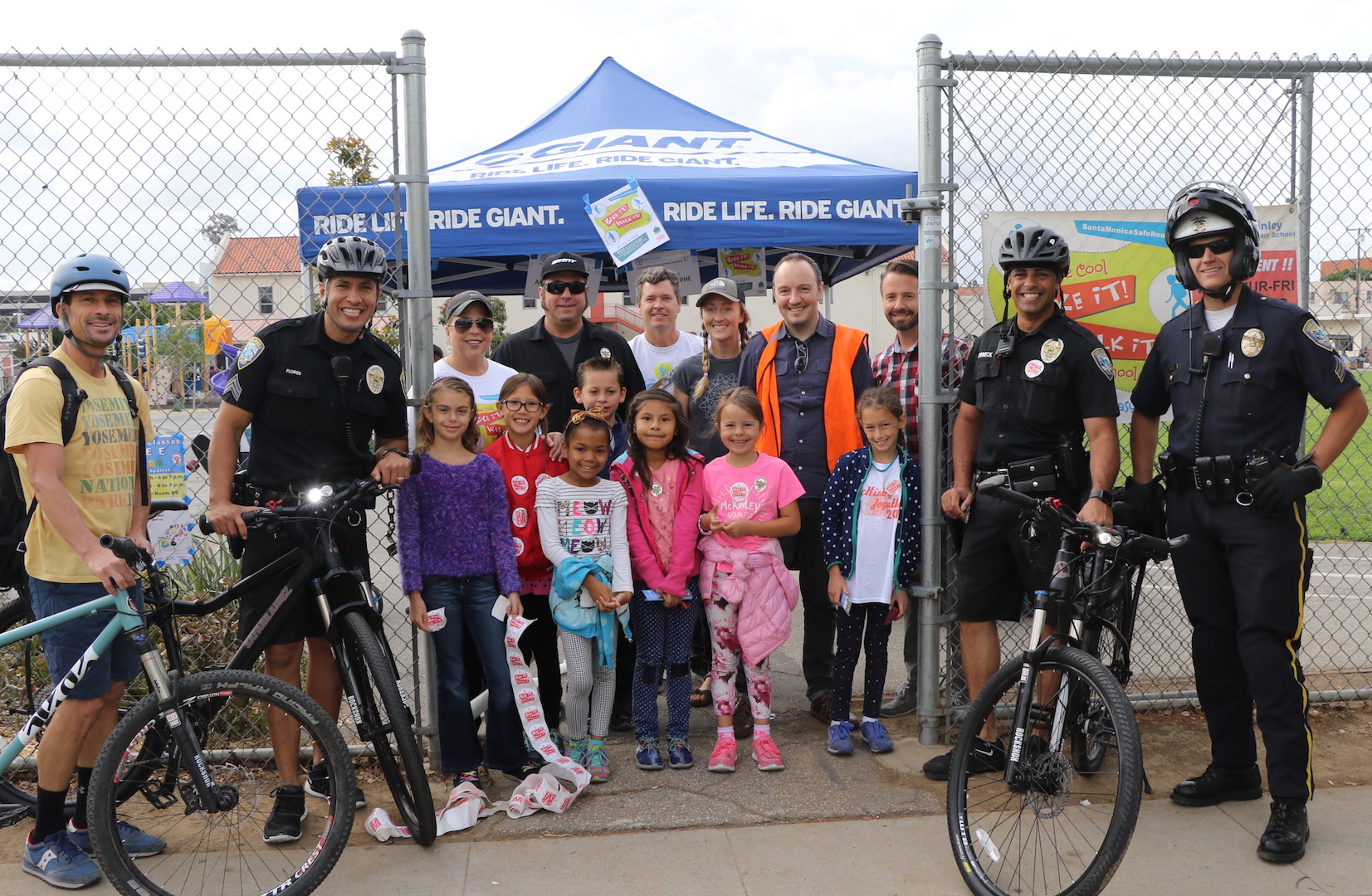 In Santa Monica, more kids are walking and biking to school, and the benefits go beyond saving on gas money. According to a survey conducted by the Safe Routes to School National Partnership, 15.7 percent of students walked to school in 2012, a steady improvement to the 12.4 percent in 2007 revealed in a similar survey.

Throughout Santa Monica, residents may have seen signs that say one in three students walk to school. Safe Routes to School Coordinator Cory Keen explains, “During weeks of encouragement (i.e. Bike It Walk It weeks coincide with National Bike and Walk to School Days in May and October) volunteers collect gate count tallies at all entrances of SMMUSD elementary and middle schools.”

In October 2018, nearly 2,000 of the 5,900 students enrolled throughout Santa Monica elementary and middle schools were tallied who walked to school. During Bike It Walk It weeks, as much as 60 percent of Santa Monica students utilize biking, walking, skating, scootering, and transit.

“Increases this high during Bike It Walk It tend to spill over into everyday habits according to qualitative observation from our parent, crossing guard, and PTA volunteers. We suspect that during any given week of non-incentivized or encouraged biking and walking promotion, Santa Monica experiences a higher proportion of students walking to school in comparison to much of the greater Los Angeles region,” Keen said.

“I let my 12 year old walk/ride to school because I believe the independence he gets contributes to self-confidence, better decision making (just yesterday he told me he preferred to ride his bike on streets with designated bike lanes- we were riding somewhere and I chose a street without one) outweigh the possible dangers. They also get a much better sense of how to navigate their city- they need to pay attention to where they are- when we drive them they have no sense of geography,” Mahdessiasn said.

Active community involvement and programs dedicated to the safety of Santa Monica’s residents play a significant role in encouraging other modes of transportation outside of sedans and SUV’s. Programs and services offered include Safe Routes to School, GoSaMo, Vision Zero, Big Blue Bus, MODE and Breeze.

According to Keen, Santa Monica has a tradition of policy, programs, services and facilities that make the community easier to navigate on foot, bicycle and transit.

“Our guiding policy comes in forms like the Land Use & Circulation Element (LUCE), Pedestrian Action Plan, Bike Action Plan, Sustainable City Plan and Wellbeing Project. We have made a decades-long commitment to balancing our streets to provide more bike lanes, to make pedestrian crossings shorter and more visible, to calm vehicle speeding, and to generally provide a street that serves many types of transportation options,” Keen said.

Keen continued, “In the last year we have also implemented 15 mph limits around many schools in the district.  We have recently launched the ‘Take the Friendly Road’ campaign as part of the city’s commitment to Vision Zero, the elimination of severe and fatal crashes. One of the first activities was working with the schools on the lawn sign campaign to reduce speeding in the residential zones and near schools.  The campaign encourages drivers to slow down and for everyone to put their phones down and to look up.”

As more students walk or bike to school, the positive effects on students as well as the environment become even more evident. Walking and biking to school provides another form of much needed physical activity while reducing auto congestion and improving both air quality and traffic safety around school zones. It also teaches and encourages independence in children while sharpening their safety behaviors.