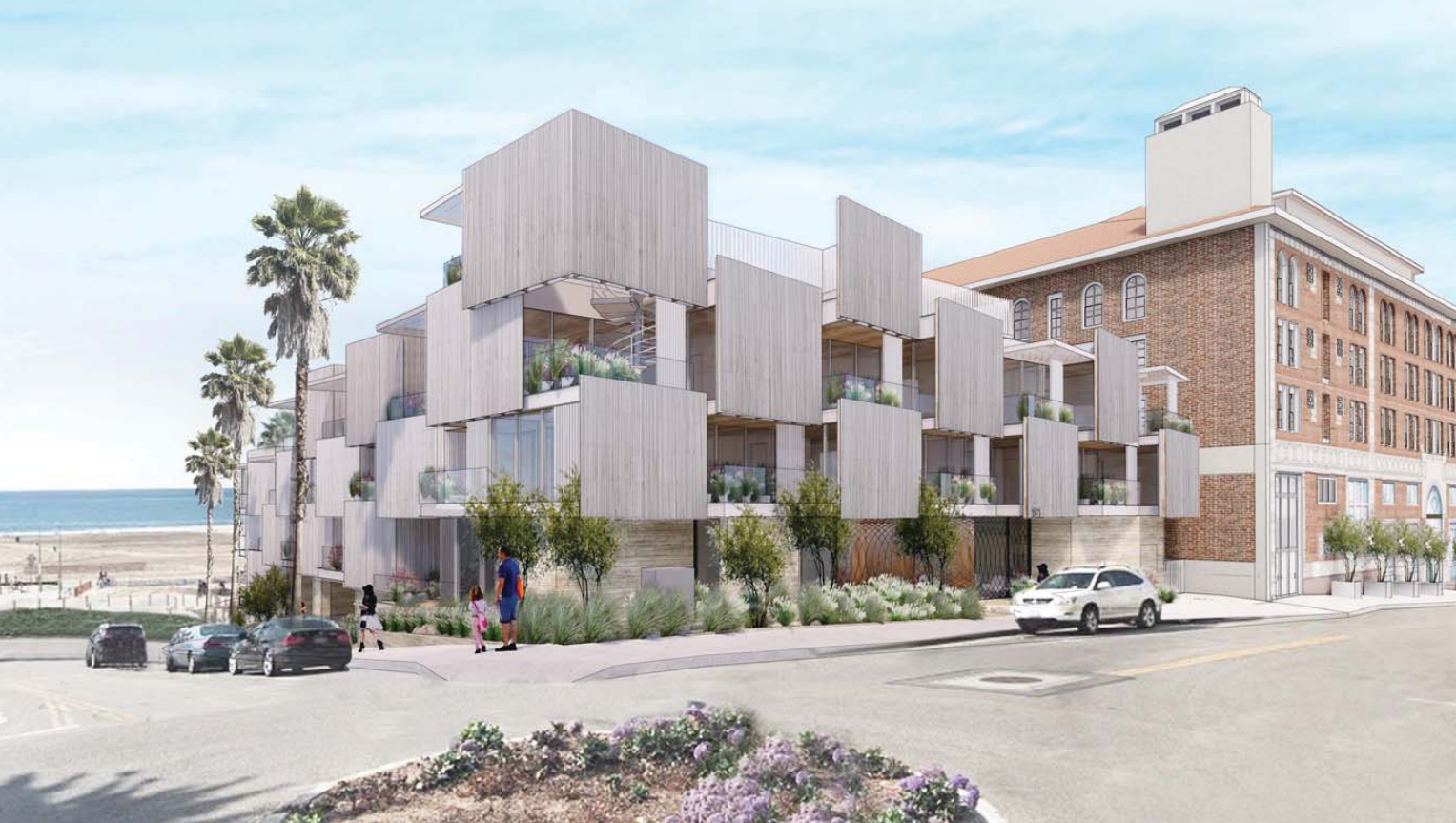 To Whom It May Concern:

The people of the City of Santa Monica are straining to maintain some semblance of the city’s beloved beach town character. As Santa Monica residents, we are seeing our community sold and developed out-from-under us and we live with adverse consequences. Policy-wise there exists a middle ground between no growth and rampant development. However, the organs of power within the City; namely, the money interests, all too often collude to err on the side of overdevelopment. Are they delivering what the people want or delivering big dollars for themselves? Are they providing needed housing for a diverse community or luxury housing to line their pockets? Are they adhering to our Land Use and Circulation Element (LUCE) or doing what they can get away with to increase profits? Are the community benefits paid really enough? Blame cannot be placed on the developer entirely; it’s the City facilitating the excesses by adopting misguided design standards and “tiers” – with paltry (from the public’s point of view) community benefits far outweighed by the long terms costs associated with such explosive density and insensitive design. The perfect example is the project at 1828 Ocean Avenue and 1921 Ocean Front Walk, which seems to comply with most of the technical requirements of the City’s codes as written. When those codes were modified, the City acted in league with this developers’ lawyer specifically to allow a higher density project – the so-called Tier 2- at this (and other) location(s). This is a case of Wall Street vs. Main Street, and the 1% are winning. Let’s turn the tide. The City Council needs to prioritize community concerns over investor concerns beginning with this project.

The 1921 Ocean Front Walk land parcel, immediately adjacent to Casa del Mar, had been owned by the City and designated an affordable housing site until 2012 when in light of the demise of the State Community Redevelopment Agency, the City elected to cash out of the property to fund other projects in the pipeline and sold it to The Edward Thomas Group, owners of three hotels that already dominate and congest the area: Shutters, Casa del Mar, and Bayside. The current proposal contains no affordable housing and the proposed building at 1921 blocks views of the historic and landmarked Casa del Mar from the southwest. (The affordable component is all being located in the building proposed for the 1828 site.)

The 1828 site abuts a residential neighborhood to the northwest designated by the City as a Contributing Historic Resource, full of homes with 100-year histories and residents of 30+ years. The proposed building at 47 feet tall dwarfs these homes and, since the site is sloping, the apparent height of the building from the lower end exceeds 52 feet with yet further structures and a roof pool/ barbeque feature on top. This cannot stand. The structure is out of scale, creates a canyon-like effect on Vicente Terrace, throws off long shadows, and darkens the street.

A neighborhood group consisting of 50+, South Ocean Avenue Residents (SOAR), of which I am a member, has appealed the project as too massive, dense, and high, for being at odds with the LUCE and disrespectful of the existing residential scale of Vicente Terrace. If built to its current plan, the project will overshadow the terrace and change its character for the worst forever.

During the public review process, SOAR pressed for a more sensible scope and the developer was compelled by the Planning Commission to respond. It is unanimous that the project’s buildings have improved in part as a result of neighbor input. However, what has been incorporated to date still falls short, representing only a modicum of relief from the prospect of living adjacent to an oversized structure. Neighbors have been consistent. We are asking for one more incremental concession. Were the City Council to direct the developer to do one more iterative redesign of the project; for example, to remove one section from the 4th floor fronting Vicente Terrace, reducing the mass and overall scale, SOAR would drop its opposition. Neighbors are not opposed to a project, but want compatible height and mass modifications without necessarily losing any units or affordable units but to provide a softer transition to our neighborhood.

The terrace streets going down to the beach are used and enjoyed by tourists, pedestrians, and residents. They are remnants of historic Santa Monica and are integral to the pier and beach aesthetic. They are charming and worth protecting. It’s an easy call: follow the LUCE and preserve the neighborhood by downsizing one side of the project with no loss of housing.
Sincerely yours,