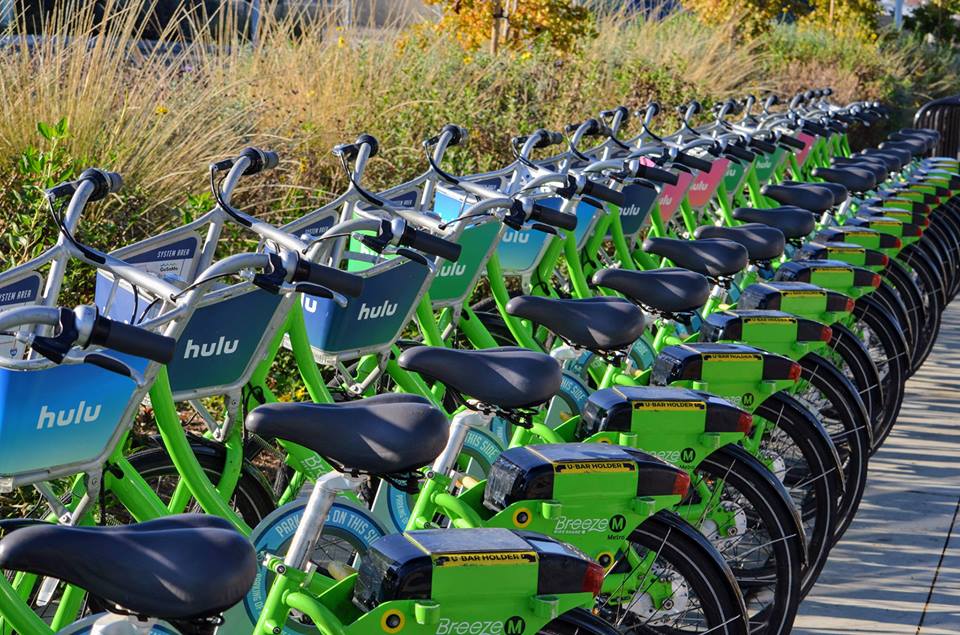 Possible end to Breeze Bike Share as part of cuts.

After decades of being financially in the green, the City of Santa Monica is forecasted to go into the red over the next decade as it pays off $448 million in unpaid pensions to the state.

At a special Santa Monica City Council study session on Tuesday, April 30, City staff previewed the budget strategy for the next two years.

The City predicts a lack in funding for the budget if they don’t reduce expenses.

”The City forecasts a budget shortfall to grow to between $34 and $47 million, driven largely by sharply rising pension costs and flattening revenues,” a press release distributed by the city reads.

California’s pension system has been in crisis ever since the Great Recession and now cities across the state are having to pay off their pension liability. The City of Santa Monica is looking to pay off this liability in 13 years rather than 30 years and save around $100 million in interest in the process.

In order to account for the increase in money being spent to pay off its pension liability, City staff is proposing a 2019-21 budget that would save $13.3 million and, among other things, eliminate 29 jobs, restructure or eliminate the Breeze Bikeshare Program, end City subsidies for the Los Angeles Marathon and Twilight Concerts on Santa Monica Pier, charge an ambulance transport fee to non-residents, look at options for Out of School Time youth programs, reduce free parking downtown from 90 to 60 minutes and save $90,000 by ending radio broadcasts of council meetings on KCRW.

At the meeting, reducing the operating hours for the Police Activities League (PAL), CREST and programs at Virginia Avenue Park were discussed, something Councilmember Greg Morena was wary about.

“It’s really important that none of it goes away,” Morena said. “I’m probably alive because of PAL and Virginia Avenue Park.”

As a way to generate funds, Councilmember Sue Himmelrich advocated introducing new taxes, including a vacancy tax for homes and stores.

This year, the City is trying a new tactic to develop the budget by basing it on six specific priorities: place & planet, safety, governance, community, health and economic opportunity.

Councilmember Kevin McKeown expressed concern about the new strategy, saying he wants to make sure there is adequate public outreach.

“This is a new way of crafting a budget that we as a city have never tried before,” McKeown said, adding, “I’m not sure how many cities have done this before, and I just want to make sure that we engage the public to every extent possible because otherwise we’re guessing and that’s a dangerous game.”

But McKeown also said the public can’t make all the important decisions.

“You and I have both been at this a while and I think we both could predict that if we based the budget merely on public outcry our budget would be about scooters and little else,”  he said, addressing City Manager Rick Cole.

President of the Santa Monica Conservancy Carol Lemlein attended the meeting and asked the Council to add historic preservation to the budget, saying, “If Historic Preservation is not given a place in the Community Priorities Framework and Dashboard, our overburdened planning staff will not have clear direction to allocate resources to the Preservation Program to maintain its effectiveness and credibility.”

“This budget aims to build a 21st Century government,” said City Manager Rick Cole. “We are scrutinizing all our functions, using performance metrics to focus on what matters most to our community. Community members expect 24/7 responsiveness and city government has to adapt to a changing world.”

The proposed 2019-21 Biennial budget is scheduled to be released on May 23 with the Council finalizing it on June 25.