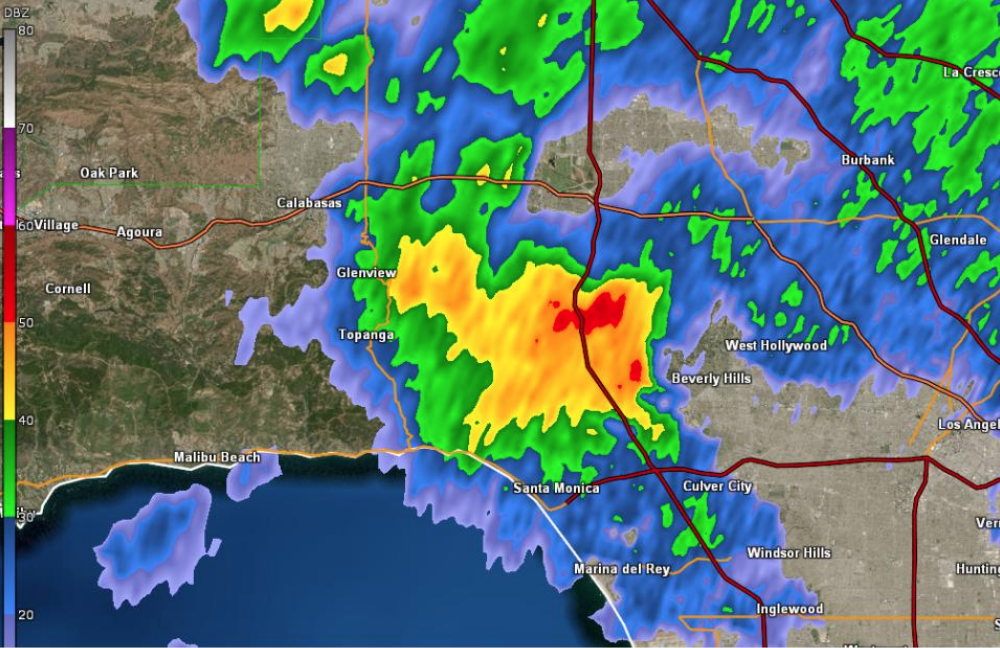 Lightning this afternoon has triggered an evacuation of beaches in Santa Monica.

“An electrical storm with lightning has been reported in Santa Monica. Please evacuate all ocean and beach/sand areas. Seek shelter indoors until the storm has ended,” reads a City of Santa Monica alert sent out around 2:30 p.m. May 22.

Los Angeles County Lifeguard have cleared all beaches from Dockweiler to Malibu.

“Multiple lightning strikes have been seen along the coast East of Santa Monica. [Lifeguards] are patrolling the beach advising the public to seek shelter INSIDE a building,” County Lifeguards said in a tweet.

By Sam Catanzaro May 22, 2019
in News, Santa Monica
Related Posts

Today on Westside Cribz, We glimpse inside Hal Levitt’s “Holt House”, examine why the housing market took a slight pause...