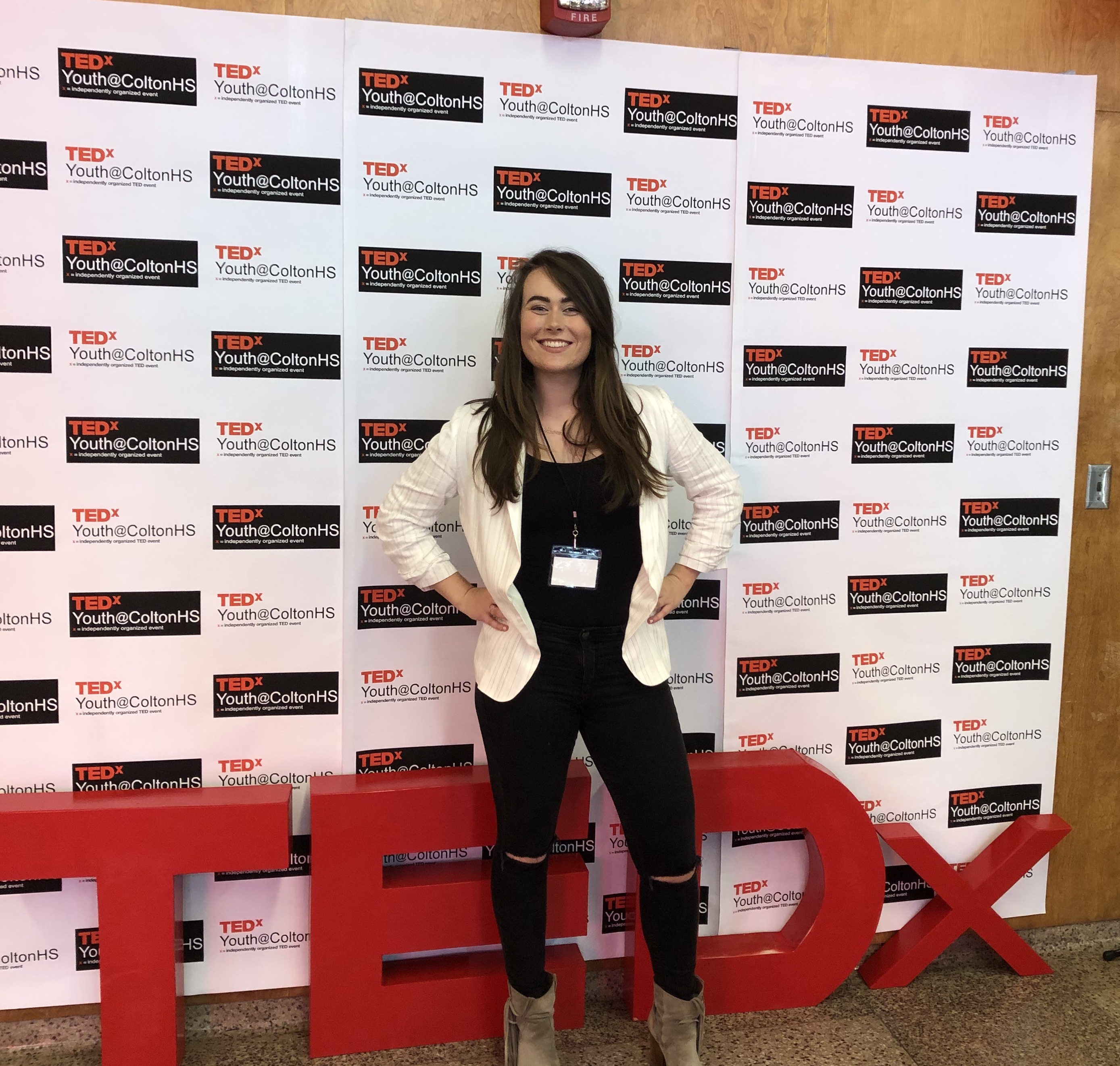 At 23, Santa Monica resident Megan Gallagher has overcome her own issues with mental health to be a source of inspiration to others going through similar struggles. Gallagher’s chronic anxiety and panic attacks began at an early age.

“I remember as young as 9, 10 years old where I just felt anxious all the time. It was just this kind of constant worry for everything and always thinking of all the worst-case scenarios. My mind would kind of fixate on it. I was worried about going to sleepovers or field trips or going to school.”

Her anxiety only intensified as she got older. “As I reached high school, it got into actual physical panic attacks. I was old enough to realize this is something I maybe need extra help with. How am I going to be a functioning adult, employee, co-worker, mom, sister, daughter, friend when I have these moments where I just really want to get out of my own skin and leave?”

Gallagher continued, “Sophomore year I remember sitting my parents down, and I just kind of vented to them for an hour after dinner. I was just like, ‘I don’t know what these episodes are, but I just really think something is wrong.’ I felt like I was going crazy. They were just the most supportive, incredible people. They said, ‘You’re actually not crazy. This runs in our family. We’re so glad that you’re talking with us about it, and it’s going to be all good.’ They kept on telling me, ‘You’re going to be fine, and we’re going to get through this together. What you’re feeling is real.’ They were just so great about being there when I really needed them to but also allowing me to go through therapy myself and really go through the journey of putting in the work to feel better by myself.”

Gallagher’s mental health journey led her to the realization that she wanted to be a voice for others who felt like they didn’t have one. She started her business, Motivational Talks with Megan, at only 20 years old. Since then she’s worked tirelessly as an advocate for mental health, blogger and author. She encourages others going through mental health issues that as overwhelming as it may seem, they’re not alone.

“It scares people because they can’t put a name on it, and it can be hard to diagnose. It’s like this overwhelming looming sense of dread that nothing’s going to go right. I feel like the more people talk about it, the more people are going to realize, ‘My thoughts I’m thinking right now aren’t actually going to come true.’ Our minds are so powerful,” Gallagher said.

On March 8, Gallagher delivered her first TEDx talk, an honor years in the making. “It was just such a full circle moment because half of the audience was teenagers. It was like I was talking to myself. What I wanted at that age when I was struggling, I was telling that to students. I don’t want them to go through what I went through. It’s been such a crazy journey, but I really wouldn’t trade it for the world because it just feels right to me. I love sharing my story so much. I feel like when you trust your gut feelings and what feels right to you, it’s the most rewarding thing in the world.”

Gallagher has also spoken at local organizations, including the Venice Boys and Girls Club and YMCA, sharing her story and how she was able to overcome her debilitating issues with anxiety and panic attacks. “Things that have been most helpful for me are telling people how I’m feeling and just kind of letting it out to people like my parents, my friends and people that I really respect and feel comfortable with. Getting a therapist has changed my entire life. I feel like it could be the scariest thing in the world to admit to yourself and someone else that you don’t feel well. I think there’s such a power in telling someone that you don’t feel well and seeking help and treatment. There are so many options. It takes work to feel better, but that’s what has helped me a lot.”

Above all else, Gallagher encourages the youth and anyone else who feels they may be suffering from mental health issues to seek help and be vocal about their struggles. “I feel like so many people feel embarrassed or that it’s weak to ask for help. I used to have 20 panic attacks a day myself. I want to let people, especially teenagers, know that you are going to be ok. And if you want to feel better, you kind of have to be your own advocate. You have to ask for help and seek out the resources around you. Free yourself from negative thoughts and the things that are weighing you down whether it’s people who aren’t supportive, or toxic situations- just be healthy and take care of yourself. Enjoy life, be grateful for what you have and what you can do. Know that you aren’t alone.”