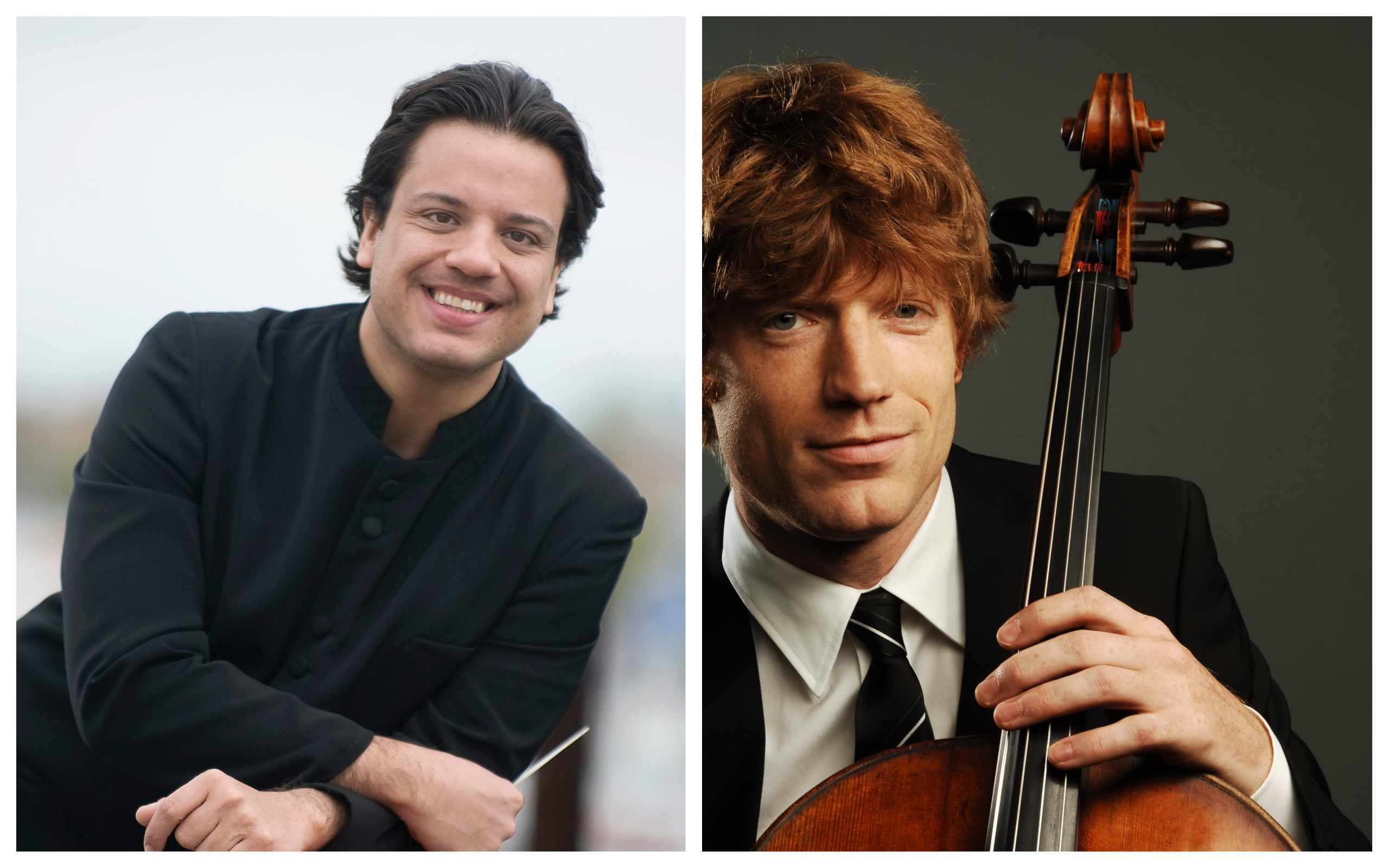 Says Kalia: “My first season with OSM has been a true joy. I have enjoyed making music with our dedicated musicians, and working with our fantastic board of directors. We have such a wonderful orchestra, and I am extremely grateful to the Santa Monica community for your continued love and support. We have an amazing variety of music and guest artists planned for next season, and there is a great deal to look forward to. It is an honor to be your music director.”

Praised as “ideally eloquent” by the Los Angeles Times, Eric Byers captivates audiences as a soloist, chamber musician, and composer. At 18, he made his solo debut with the Cincinnati Symphony Orchestra. In 2018 he debuted with the Los Angeles Philharmonic in a last minute substitution. As a founding member of the Calder Quartet, Byers has appeared at prominent venues around the world. He performs on a cello by Jean-Baptiste Vuillaume made in Paris ca.1855. In his spare time he enjoys rock climbing and spending family time with his wife and two young children.

The concert is scheduled on Sunday, May 26 at 2:30 pm at the Ann and Jerry Moss Theater located at 3131 Olympic Blvd., Santa Monica (on the campus of New Roads School at the Herb Alpert Educational Village). There is free on-site and near-by street parking. Free cake will be served to all at our post-concert reception in the lobby of the Moss Theater.

For more information and to purchase your concert tickets on-line, please visit the orchestra’s website (www.OrchestraSantaMonica.org). Tickets may also be purchased at the theater on the day of the concert.