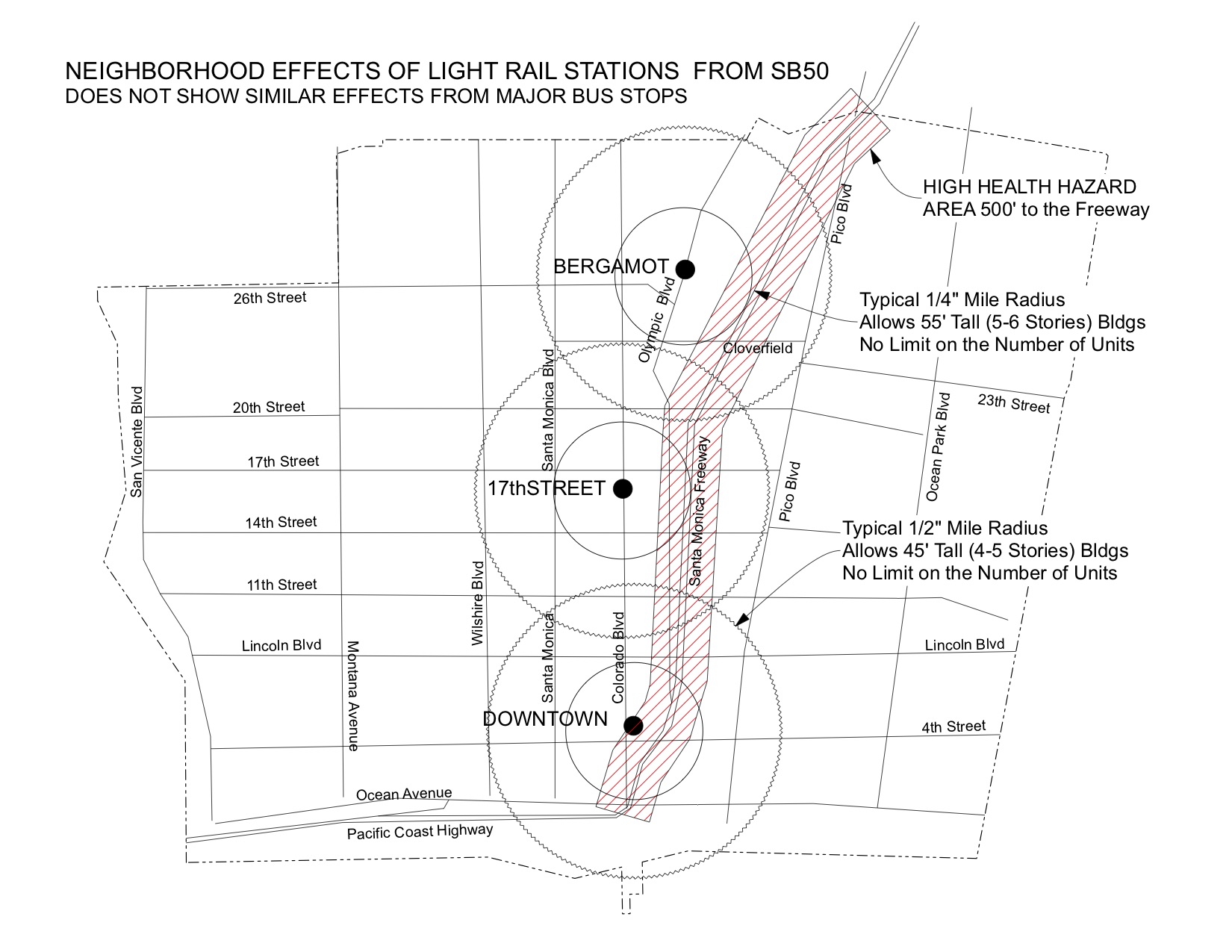 Two weeks ago SMa.r.t. (Santa Monica Architects for a Responsible Tomorrow) wrote about the dangers of SB50, a complicated State bill whose purpose was to create Wall Street profits for mega-developers but whose real consequence was to destroy local control of our City all sugar coated, of course, under the guise of creating more affordable housing.

Fortunately, the bill is now bottled up in committee, so for another year, unless there is a miraculous resurrection, the City is safe. Our State Senator, Ben Allen, seems thankfully against this bill but our Assemblyman’s position is unclear and our Chamber of Commerce is still misguidedly agitating to revive it.

Because its proponent, Scott Weiner, has tried this twice before, you can be certain that he will, fired up with more real estate industry profits of a booming economy, be back next year for a third bite of the apple. And once again residents will have to man and woman the barricades until a Statewide initiative gets passed that drives a stake into heart of SB50 and its clones and prevents, in perpetuity, the State from meddling in local zoning issues.

Until that blessed day comes, we will live in fear and anger waiting for Scott to figure out the right combination of special interests he needs to buy off to get enough votes to realize his grotesque dream. And how bad is it really? The answer is: worse than you think. It rezones the entire City based on distance to bus stops. It allows 55’ buildings to dominate the landscape stealing solar access from all their neighbors. It makes no provision for water availability. Its an ecological and sustainability disaster. It entirely eliminates R-1 zoning. It creates parking gridlock by only requiring only 1/2 parking space per unit. It specifically forecloses cities from charging the State for all the infrastructure, social and economic consequences of this profligacy. And worse of all it fails to create affordable housing since nowhere in history has up zoning ever created lower rental costs. In short, its a failure in so many respects that the only beneficiaries are real estate speculators: in other words its a clear case of WINMBY: Wall Street in My Back Yard.

But don’t take my word for it. If you want a more in depth analysis you can read Dick Platkin’s excellent article in City Watch :https://citywatchla.com/index.php/2016-01-01-13-17-00/los-angeles/17679-debate-over-sb-50-inspires-bigger-fight-over-california-s-real-housing-crisis

Or if you just want to understand quickly the impact of only that limited portion of SB50’s radiation emanating from the light rail stations see the attached map. Notice this map does not include any of the similar damaging effects of major bus stops. Next year’s SB50 will certainly have this same neighborhood kill zone around our three EXPO line stations. You will certainly notice that it perversely puts thousands of more residences within 500’ of the freeway which has been shown to have significant adverse health effects including asthma, pulmonary disease etc. etc. Finally its clear that essentially all of Pico Neighborhood, which is already under severe gentrification pressure, most of Mid City Neighbors and some of Ocean Park are being totally sacrificed to real estate greed. So the residents in those doomed neighborhoods should be prepared to spearhead a serious resistance between now and next year when it rears its ugly head again. But they cannot do it alone: this coming year is an all hands on deck moment for our entire City and its politicians.