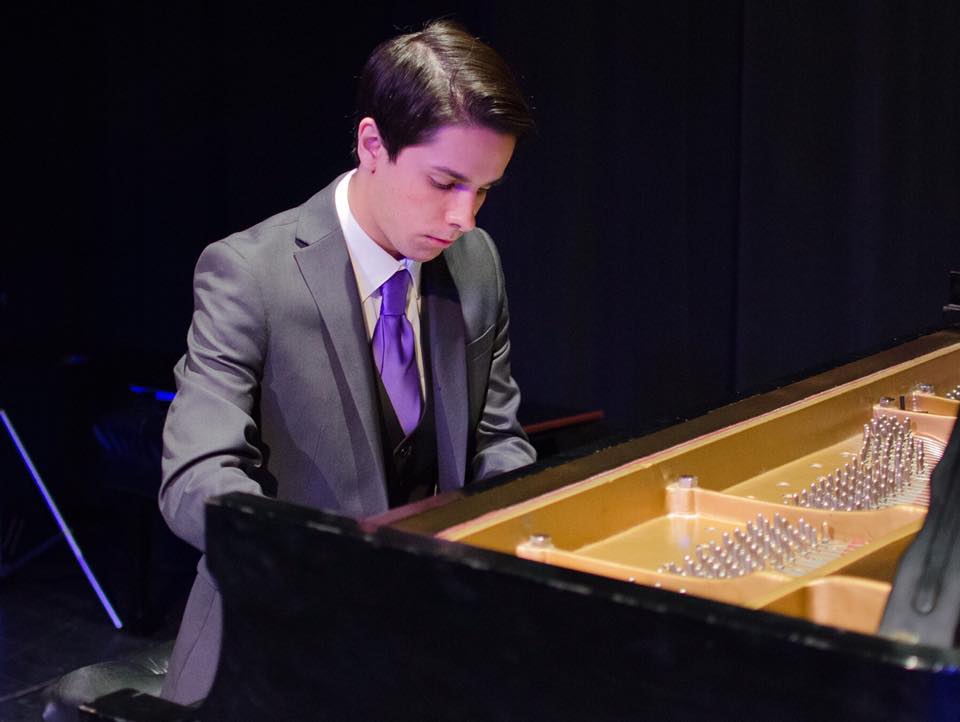 At only 19 years of age, pianist Nicholas Méndez Del Valle has already accrued a number of impressive credits on his resume, including winning the Richard D. Colburn Award and performing in Carnegie Hall. Last month, Del Valle won the prestigious 1st prize of the Santa Monica Symphony and Westside Music Foundation’s new Collegiate Concerto Competition by a unanimous vote of the judges. He will perform Rachmaninov’s epic concerto in Santa Monica Symphony’s free Memorial Day Weekend concert on Sunday, May 26 at 7 p.m. in Barnum Hall.

“I was very happy [to hear I had won] because this is my favorite piano concerto and having the opportunity to perform it with an orchestra is always a magical experience. I’m really looking forward to the upcoming performance,” Del Valle said.

Del Valle is a music major studying with piano professor Daniel Pollack at the University of Southern California’s Thornton School of Music. Originally from Pasadena, he started his piano studies at age 4 and grew up attending performances at Disney Hall and the Hollywood Bowl.

Santa Monica Symphony Conductor and Music Director Guido Lamell, who served as one of the judges, said that Del Valle had impressed the panel of judges with his brilliant and moving performance.

“We are delighted to introduce this very fine young pianist to our audience. He has already won several other competitions and we believe he will continue to take the musical world by storm,” Lamell said.

The Westside Music Foundation (WMF), which promotes musical culture and education, worked with the symphony to organize and run the competition.

“The Westside Music Foundation (WMF) is honored to partner with the Santa Monica Symphony (SMS) to provide the winner of the inaugural WMF-SMS Collegiate Concerto Competition the opportunity to perform a complete concerto with orchestra in a world-class venue,” said WMF President and Co-Founder Deborah How.

In addition to Rachmaninov’s lyrical and passionate concerto, the upcoming concert will include Verdi’s Overture to La Forza Del Destino, an opera whose title literally translates to, “The Force of Destiny.” Lamell describes the piece as “one of the greatest of orchestral overtures that also fits the idea of a beautiful and rewarding end to the season for our orchestra and audience.” Lamell added, “Also, since we could not predict which concerto would win, some of the planning of this program was left to Destiny!”

The May 26th concert will close with Brahms’ Fourth Symphony, the last of the symphonies that Brahms composed.  The SMS has already performed his first, second, and third symphonies, though Lamell says he opted to perform them in ascending order of power and drama rather than chronological order, beginning with the second and third, then moving to the first, and now finally reaching the pinnacle with the fourth.

“This is one of his greatest mature works,” Lamell said. “It’s a symphony of great variety, incredible importance, and stunning beauty which Brahms felt would be a culmination of his life’s work.”

Lamell said the third movement Scherzo of the symphony is a special surprise which he describes as a “jolly and frolicsome romp in the midst of one of the most profoundly serious and intense works of Brahms’ entire body of works.”

“It’s based on melodies that were popular amongst sailors at the docks in Hamburg,” Lamell noted. “So it has a very different character from anything else in the symphony.  This leads into the last movement which is a set of 32 variations of the severe opening 8 bar harmonic progression that develops in power and complexity to a stunning finish.”

Overall, Lamell said that the concerto and the rest of the program for the May 26th concert result in a uniformly Romantic style and are the “dessert” to finish off a busy concert season.

“I think of this as the reward after a great and challenging year,” he noted.