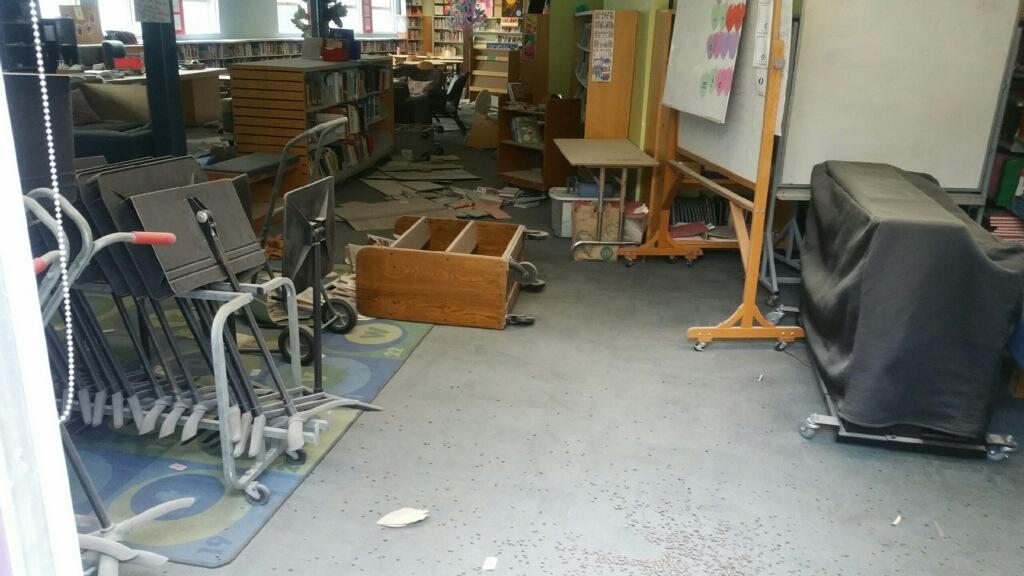 Five 11 to 13-year-old children confess to damaging Muir, SMASH, Will Rogers and Roosevelt

Five children have confessed to vandalizing four Santa Monica elementary and middle schools over the weekend.

In addition, three of the children confessed to vandalizing Will Rogers Learning Community, at 2401 14th Street, and Roosevelt Elementary School, at 801 Montana Avenue.

According to Drati, four out of the five children are students at SMMUSD schools.

Tips and leads, including social media posts, were shared with the SMMUSD and Santa Monica Police Department (SMPD) leading to the identification of the perpetrators.

The vandals caused substantial damage by expelling numerous fire extinguishers indoors on books, walls, flooring in classrooms and the library, breaking windows, destroying furniture, technology and materials, dumping cans of paint on exteriors, and flooding rooms by turning on the sinks.

“The damage is significant. We are deeply troubled by this criminal act against our beloved schools. We are working today to clean it up as much as possible, but unfortunately, a few rooms and spaces will not be usable for the last week of school,” Drati said in a statement. “It does not appear that anything was stolen.”

Before the incident occurred, Muir was cleaned and set up in advance for their fifth-grade graduation scheduled for Monday morning, with programs set on chairs and banners hung in the cafetorium.

This is the third time the Muir/SMASH site has been vandalized this year; however, according to Drati, the most recent incident is the worst.

It’s unclear if the five children will face charges for the actions.