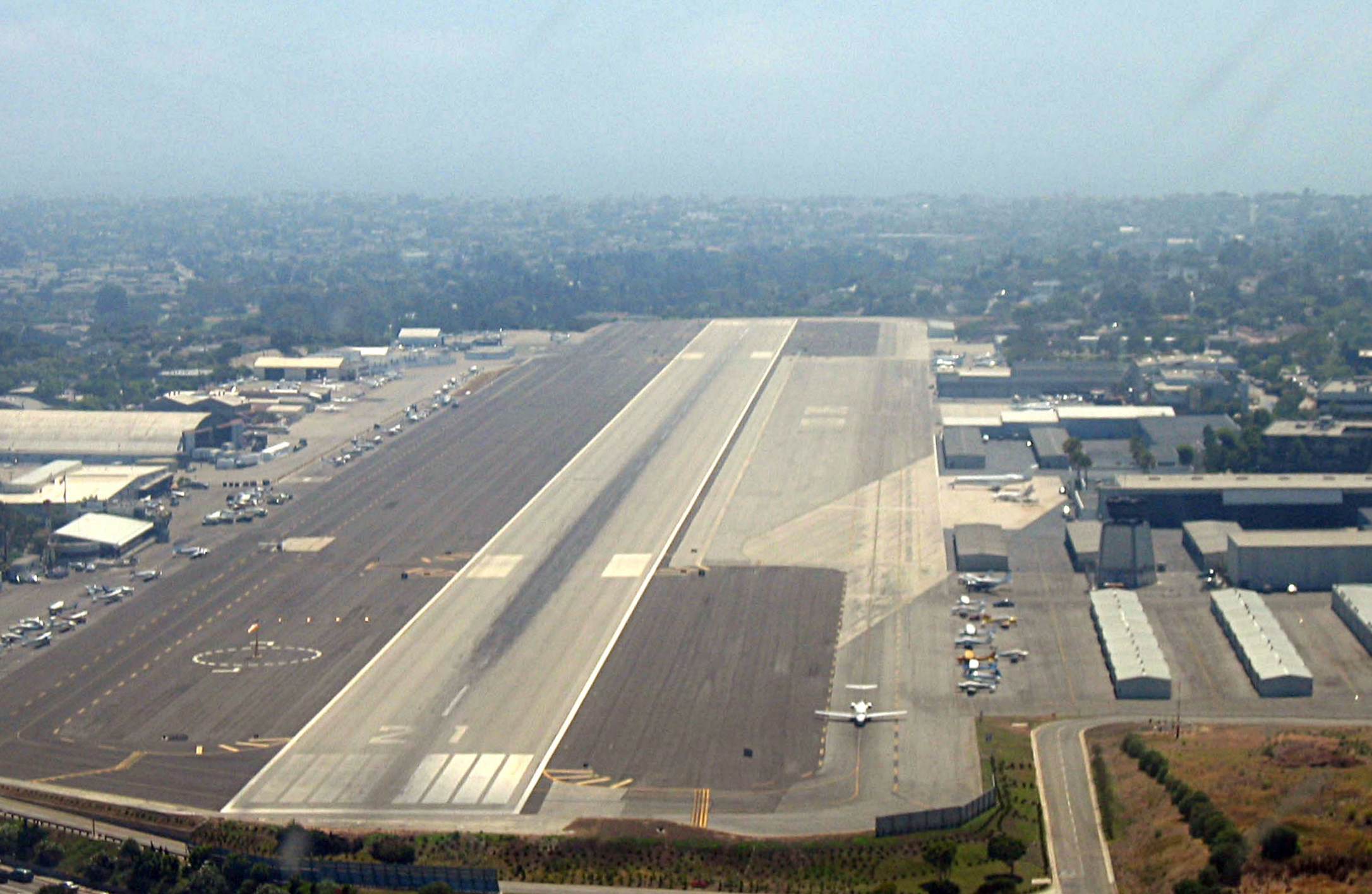 Regarding Mark Smith’s “Santa Monica Airport Runway Removal” letter in last week’s Mirror, we disagree with much of what he wrote.

The excess pavement at Santa Monica Airport is not needed — Per the terms of the January 2017 Consent Decree with the Federal Aviation Administration (FAA), the City shortened the Santa Monica Airport runway from 5,000 feet to an operational length of 3,500 feet through markings and signage in December 2017.

Now that there are 300-foot Runway Safety Areas on both ends of the shortened runway – which is the standard safety area size required by the FAA’s design guidelines – pilots complain that it’s not safe, that they now need longer safety areas. Where’s the logic?

Access after Earthquakes – Mr. Smith claimed that after an earthquake there will be no method to travel in and out of Santa Monica other than by air. Some of us recall driving to work in downtown Los Angeles immediately after the 1971 earthquake.

After the 1994 earthquake, traffic on east-west streets was clogged because of the failure of the I-10 freeway bridge at Fairfax Avenue, but Santa Monica was certainly not isolated.

If supplies are needed in case of a future emergency, helicopters can use any of the 10 public school playgrounds in the city (including the Samohi football field and baseball field); Airport Park, Clover Park, or Memorial Park; or the beach parking lots. Large   aircraft could use any of the four much-longer runways at LAX.

In 2015, even when the runway was 5,000 feet long, Lieutenant Robert Almada, the City’s Emergency Services Manager, reported to the Airport Commission that “after a regional disaster, air operations will be controlled at the county level, and current plans do not include utilizing the Santa Monica Airport as a primary resource.”

He went on to state that “the greatest use of the Santa Monica Airport in responding to and recovering from a disaster may not be for air operations, but rather as a large open space that can be used to amass logistical resources and to establish supplemental emergency medical operations or additional shelter capacity.”

Cranky neighbors — Mr. Smith wrote about “a small, privileged and vocal group of cranky neighbors.” Has he conveniently forgotten the passage of Measure LC and the defeat of Measure D in 2014?

15,434 registered voters in Santa Monica passed LC by 60%. It affirmed the City’s authority to manage the Airport and to close all or part of it. It also amended the City Charter to prohibit new development on Airport land, except for parks, public open space, and public recreational facilities.

Meanwhile, 14,688 registered voters (59%) soundly defeated the aviation industry-sponsored Measure D, which would have required the City to continue to operating the Airport.

The real “small, privileged, and vocal group” is the pilots, not the neighbors.

Air pollution — Between April 2006 and March 2007, the South Coast Air Quality Management District (SCAQMD) conducted a field study at the Airport to look at the impact of aircraft emissions and airport activities on the surrounding communities.

Concentrations of particulate lead (from the leaded fuel used in piston-driven aircraft) and ultrafine particles (UFP — very small particles emitted from aircraft exhaust) on-site and near SMO were found to be significantly higher than levels further away from the airport. Sharp and rapid increases of UFP occurred when jet aircraft were idling, taking off, and landing.

The suspension of all airport activities from September 19 to September 24, 2010 during repaving resulted in a substantial decrease in UFP and black carbon at two outdoor stations.

SCAQMD found that the maximum UFP concentrations at the East Tarmac site before and after the repaving project were about 12 and 17 times more elevated than the highest UFP spike recorded when the airport was shut down.

As reported in Environmental Science Technology, during the spring and summer of 2008, air pollutant concentrations were measured downwind of the Airport using an electric vehicle mobile platform.

The article concluded that the observation of highly elevated ultrafine particle concentrations in a large residential area downwind of Santa Monica Airport has potential health implications for persons living near general aviation airports.

Looking to the future — The City already owns the Airport land, as it was purchased with a park bond approved by Santa Monica voters in 1926.

Thanks to the Consent Decree with the FAA and the overwhelming passage of Measure LC, we can close SMO at the end of 2028 and replace it with parks, open space, and recreation areas. It’s time to start planning the Great Park, which will benefit present and future generations.