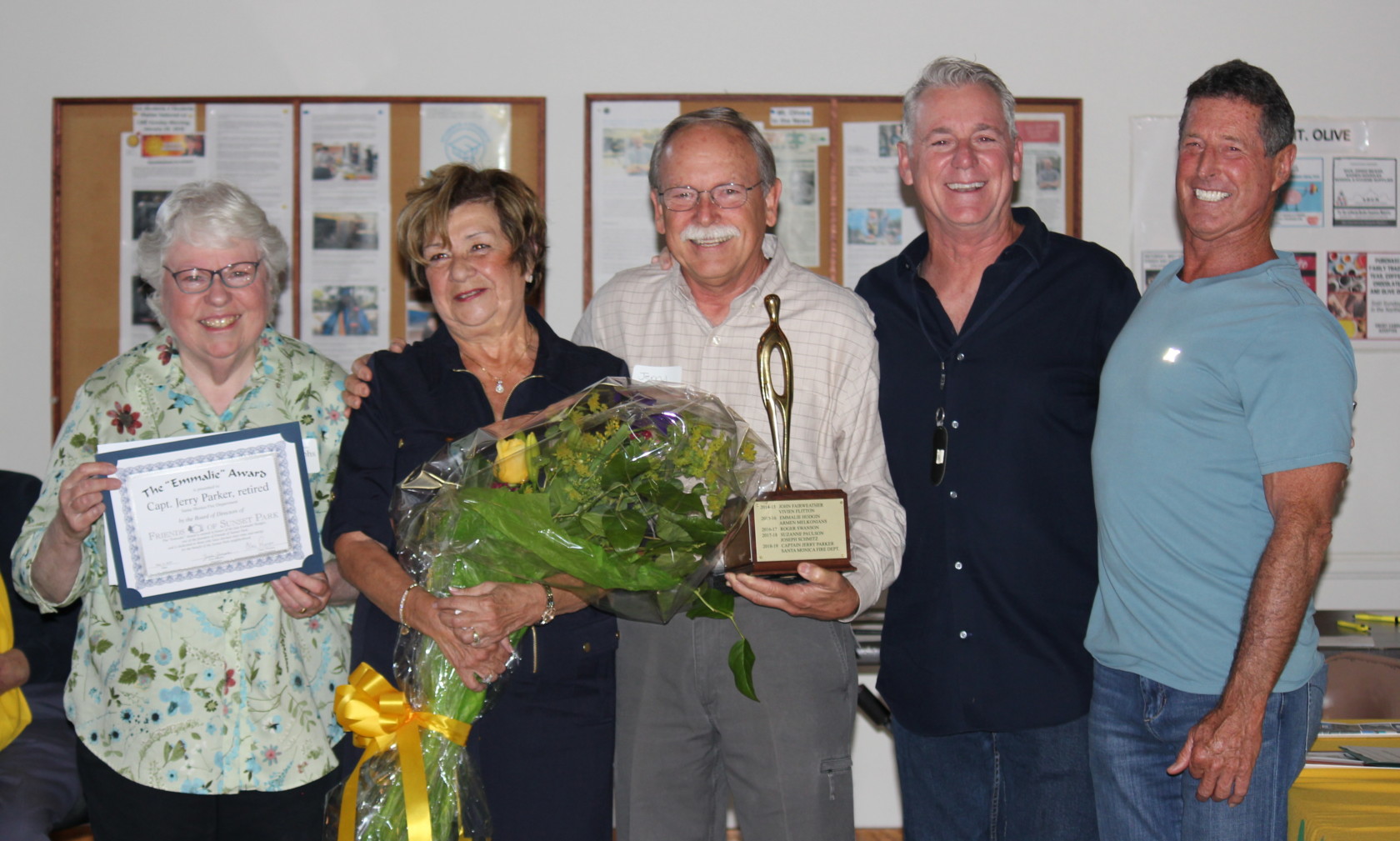 Jerry Parker, retired Santa Monica Fire Department (SMFD) Captain, has won the 2019 “Emmalie” Award from Friends of Sunset Park. The City-recognized neighborhood organization cited him for 46 years of service to the Sunset Park neighborhood and to the City of Santa Monica.

Serving from 1972 to 2018, Captain Parker was the first Engineer Paramedic in the SMFD and one of the first certified Fire Investigators.

From 1980 to 2004, he served as Company Commander at Fire Station 5 in Sunset Park. That station also provides fire protection at the Santa Monica Airport (SMO). He was the major driving force behind vastly improved aircraft fire protection for SMO, for the pilots, and  nearby residents.

In 2004, Captain Parker was appointed the Fleet Manager/Vehicle Maintenance Coordinator for the SMFD. He was also the support services captain at Fire Station 5 from 2007 to 2018. He was responsible for specifying new apparatus, seeing the purchase through the bidding process and working with the successful bidder to ensure that the department received exactly what had been specified, and to ensure that the SMFD fire suppression and rescue personnel had the best equipment available.

Throughout his career, Captain Parker mentored and served as a role model for his fellow firefighters. He also helped deliver a baby on Valentine’s Day in 1999, during an unexpected at-home birth in the Sunset Park neighborhood. The now 20-year-old Emma’s father, Robb Brown, helped present the “Emmalie” Award to Captain Parker. Other presenters were retired SMFD Engineer Adrian Crook and FOSP President Zina Josephs.