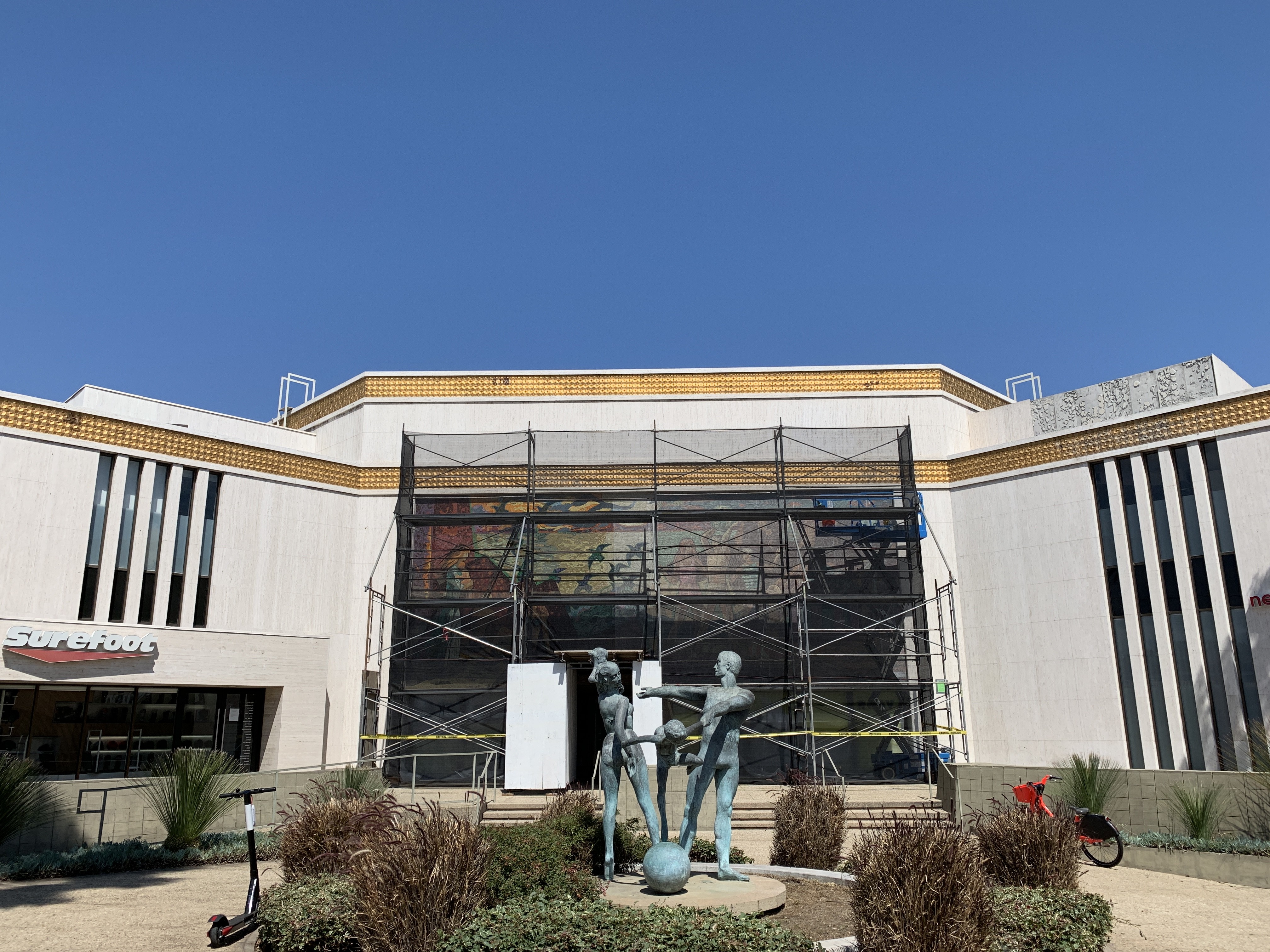 Arts Commission frustrated about the process

Santa Monica is losing a vital piece of its artistic heritage.

For 50 years, the historic Millard Sheets “Pleasures Along the Beach” glass mosaic sat at the corner of 26th Street and Wilshire Boulevard on the side of the Home Savings Building in Santa Monica. The mosaic, a beloved fixture within the community, is currently in the process of being moved to the Hilbert Museum of California Art at Chapman University in the City of Orange.

As a result, the owner of the property was allowed to move or dispose of the mosaic on the building.

According to Santa Monica Arts Commissioner Phil Brock, “At the end of September 2018, the owner sent a notice to the City of Santa Monica saying that he was going to move the mosaic, however, the City had first dibs.”

Brock added that the developer was willing to pay to have the mosaic removed from the building and possibly even pay to have it placed somewhere else is Santa Monica. The developer reached out to the Cultural Affairs Administration in the City of Sana Monica requesting a list of potential non- profits that it could be donated to. The City responded with six non-profits, none of which were located in Santa Monica.

“The City staff never told the Arts Commission that the mosaic was in jeopardy, and it had to find a new home at all. The City decided it would be too expensive for them to put it up somewhere else so never advised the community or the Arts Commission or the Santa Monica Conservancy that the mosaic would have to be moved almost immediately and that someone needed to act.” Brock said. “The Arts Commission didn’t find out about this disposal until three and a half weeks ago when the Santa Monica Conservancy sent out emails saying see it before it leaves.”

The removal of the mosaic, which may take up to two months to be fully completed, was addressed at last Monday’s Arts Commission meeting. According to Brock, “The commissioners were all quite upset over this. None of us could really figure out how this happened, that a staff member in the City who is employed to keep public art in our city, never thought of calling Santa Monica College or Santa Monica- Malibu School District or talking to the commissioners.”

Brock added that had the Arts Commission been notified, they would have come up with several options for keeping the mosaic in Santa Monica.

Brock continued, “This would have been great at Bergamot, which we’re trying to make into revised, bigger, better arts center. There are developers in the City who all as a part of their development agreements have to put art in the City on their property. The Fairmont Miramar, for instance, is going to tear down their buildings and rebuild. The mosaic could have gone there. There are numerous apartment buildings going up, five and six stories; one of them could have put that on the side of their building.”

With the removal process underway, the focus is placed on ensuring that something like this doesn’t happen again. Brock continued, “This wasn’t something that was brand new. It was in the community, and it should have stayed in the community. We have very little public art in our city so that makes it even more important that things like that are saved. Above and beyond everything else, I think for a lot of us, we’re very concerned that it didn’t seem that the staff who work for the residents valued this piece or recognized what it meant to the hearts of a lot of our residents.”