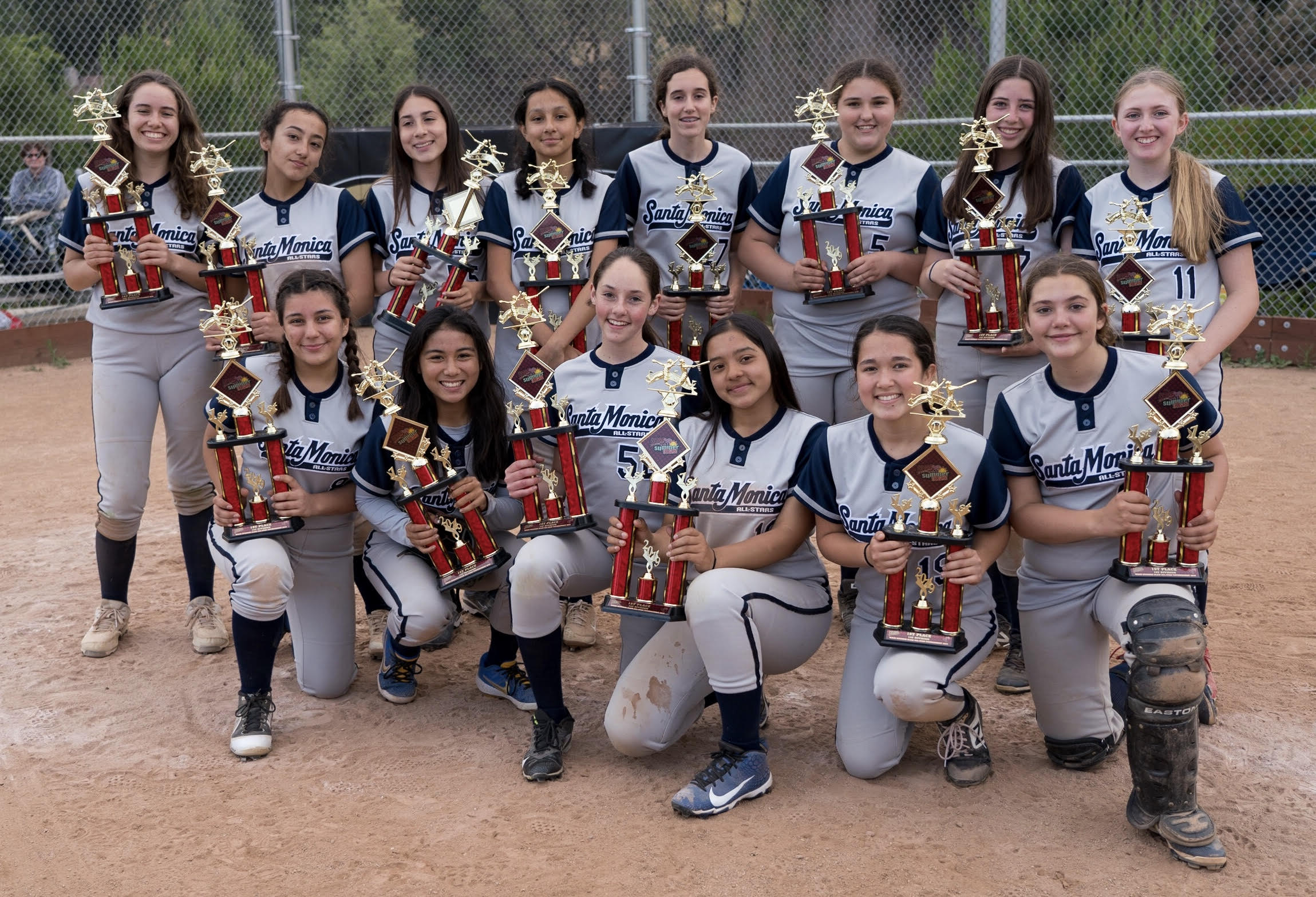 The Santa Monica 10U Silver team was the first to advance to the State championship, placing 5th in their LA/South Bay “C” District Tournament. “Coming into this All-Star season we knew this group of girls had something special,” said the 10U Silver team’s head coach Carlos Lopez. The team’s co-coach Emily Polk agrees: “The fact that they are getting good results is a testament to their chemistry, talent, and hard work.” The team earned a spot in the USA Softball Southern California “C” State Championship held in Lancaster later this month. The 10U Silver team achieved success earlier this month as well, placing 2nd at the All-Star girls softball tournament in Diamond Bar.

Also advancing to the State championship is the Santa Monica 14U Gold team. They placed 5th in their LA/South Bay “B” District Tournament last weekend, earning them a spot in the USA Softball Southern California “B” State Championship to be held in Lancaster next month. “I could not be more proud of this team’s performance this season,” said the 14U Gold team’s head coach Chris Knauf. “These girls play with so much heart and exhibit true teamwork. Our team’s co-coach AJ Juarez and I both feel strongly that every one of these girls played a role in our successful season.” The 14U Gold team’s success includes first place finishes at All-Star tournaments earlier this month and last in Sylmar and Westlake/Agoura.

The third team advancing to the State championship is the Santa Monica 12U Gold team. The team placed 3rd in the LA/South Bay “B” District Tournament last weekend, which also earned them a spot in the USA Softball Southern California “B” State Championship to be held in Lancaster. “This is an amazing group,” said the 12U Gold team’s head coach Brett Werger. “They continued to believe in themselves through several tough losses this year. The girls embraced our team values, particularly resilience, and they were rewarded last weekend.”

All three teams represent the Santa Monica Girls Fastpitch League against other softball teams from Southern California for a chance to make it to the USA Softball National and Regional Championships later this summer.

Santa Monica Girls Fastpitch is a non-profit, all girls softball league for ages 4 to 14 serving Santa Monica and the Westside for over 30 years.

The 14 and under squad.
Opinion

The 14 and under squad.
News

The 14 and under squad.
News

The 14 and under squad.
Opinion

The 14 and under squad.
Video