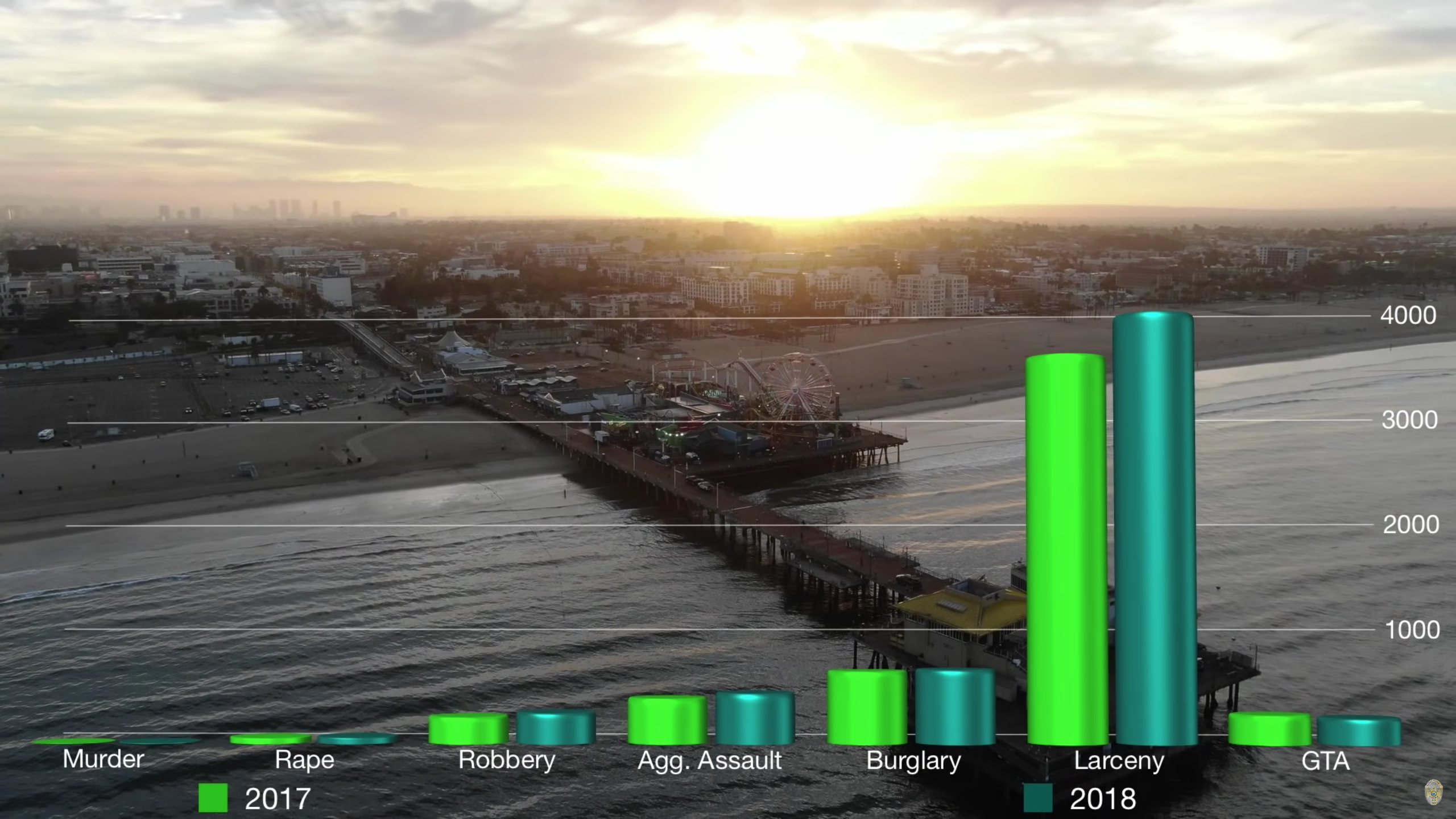 Vehicle theft still on the rise.

Crime is on the decline so far this year in Santa Monica, according to the Santa Monica Police Department (SMPD)

On Wednesday, June 26, SMPD Chief Cynthia Renaud delivered a quarterly crime update for January to May 2019. The report, which was released on SMDP Youtube channel, detailed an 8 percent decline in Part 1 Crimes and highlighted a decrease in aggravated assault and theft. Despite an overall downward trend in Part 1 Crime, vehicle thefts are still on the rise, says Chief Renaud.

In 2018, Part 1 Crime was up 8.8 percent from 2017 levels. 2019’s report has indicated an overall decrease from 2018: aggravated assault is down 35 percent, burglary is down 16 percent, robbery is down 3 percent and larceny is down 4 percent. Chief Renaud attributes the decline in theft rates to falling personal and commercial thefts — but the city has seen a four incident increase in vehicle theft.

“As you can see from our crime data, our crimes here are the ones that we can solve together,” Renaud said. “If we can convince everyone to lock up their possessions, don’t leave valuables in their car, be aware of their surroundings and talk to their neighborhood police officer about what they’re seeing in their area, we will continue to drive crime down and increase safety here in Santa Monica.”

Chief Renaud also described recent changes to SMPD. “In my first year here I’ve been focusing on filling our vacant positions and getting our professionals into the field,” Chief Renaud said. During Chief Renaud’s tenure, SMPD’s part-time Mounted Unit has made the transition to a full-time unit, and the Community Affairs Team and Neighborhood Resource Officers are now fully staffed.

“The Santa Monica Police Department has been working very hard to achieve the crime decrease I just talked about and we need your help to do more,” Chief Renaud said. “Get involved with us. Get to know us. Secure your own property and remind your neighbors to do the same.”