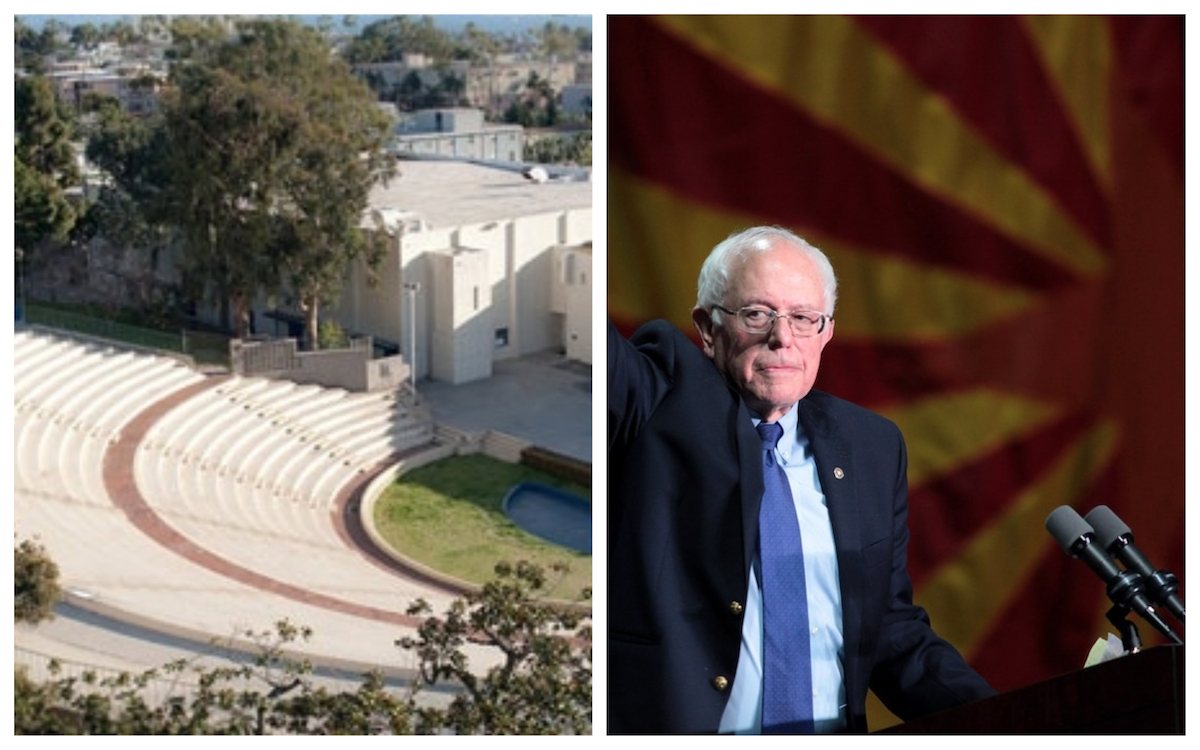 Senator Bernie Sanders is coming to Santa Monica. The presidential hopeful will hold a rally at Santa Monica High School’s Memorial Greek Amphitheater on Friday, July 26. Hosted by the Santa Monica Democratic Club as part of their Meet the Candidate Series, doors open at 4:30 p.m. and the program begins at 6:00 p.m.

According to a Facebook post by the Santa Monica Democratic Club, “Though Vermont Senator Bernie Sanders rose to national prominence during his 2016 presidential campaign, he has been a fierce progressive champion dating back to his active role in the Civil Rights Movement. Since then, as Mayor, Congressman, and Senator, Bernie has consistently fought for the agenda that has defined what it means to be a progressive: increasing the minimum wage, single payer healthcare, college affordability, expanding Social Security, reforming Wall Street, implementing a carbon tax, legalizing marijuana, fighting for veterans, and strengthening the middle class.”

The Santa Monica Democratic Club added, “As has been the case for all of the events in our Meet The Candidate series, our involvement with this event is not meant as an endorsement of any presidential campaign. Instead, it is an opportunity to hear from as many of the presidential candidates as we are able to bring directly to our membership.”

The City of Santa Monica sent out an alert saying the area around Santa Monica High School and the Civic Center will be congested due to the Sanders rally.

The upcoming rally won’t be the Senator’s first political event at SaMoHi. In May 2016, thousands gathered in support of Sanders, including actress Rosario Dawson and Hollywood legend Dick Van Dyke.