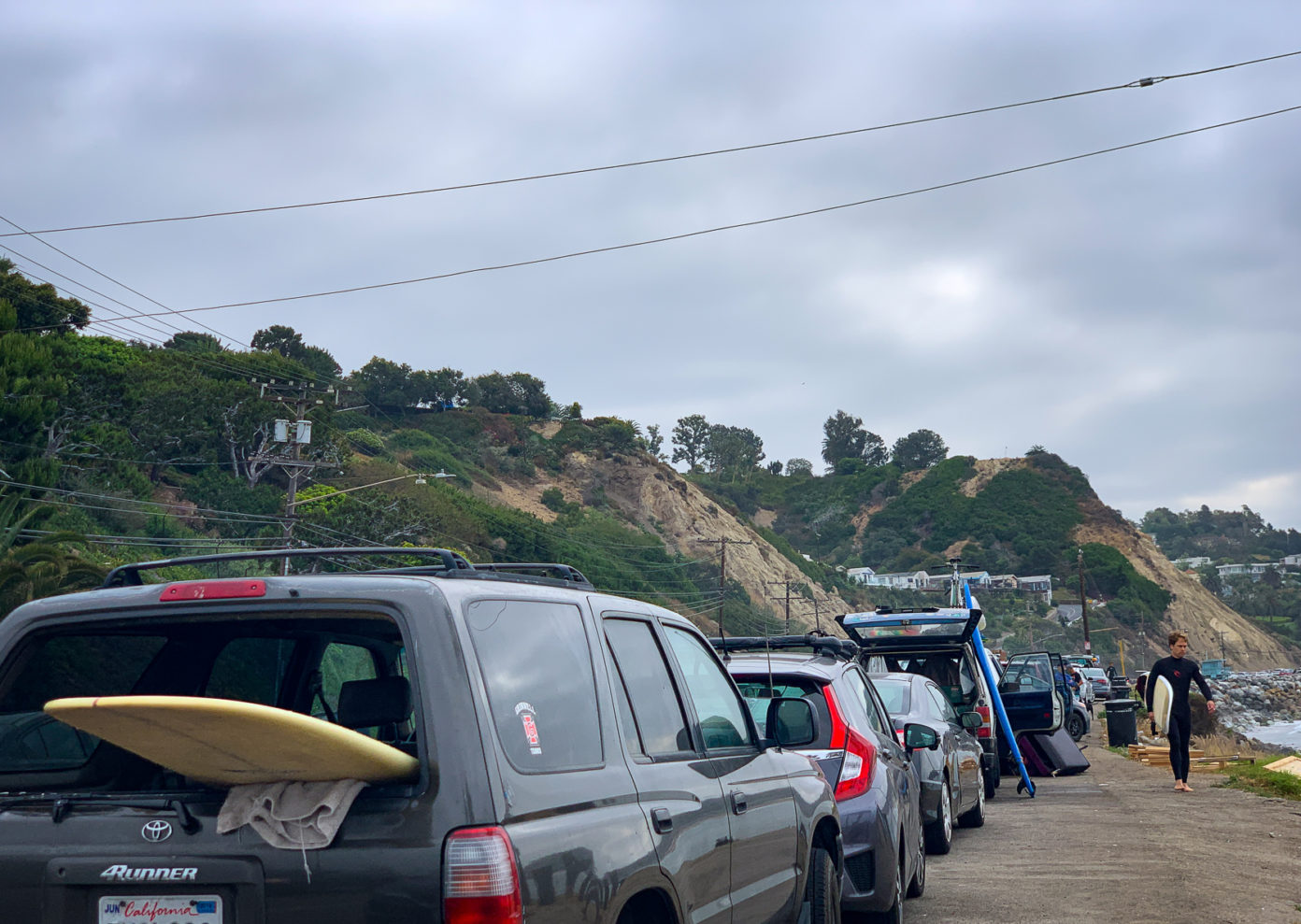 With a welcoming beach and variety of restaurants, the area surrounding Pacific Coast Highway (PCH) and Sunset is a popular destination for locals and visitors alike. But with roughly one to three vehicle break-ins on average per week, it’s also a prime location for theft. During the first full week of June, four vehicle break-ins were reported along PCH, Sunset and surrounding areas where items like cell phones, jewelry, sunglasses, money and art supplies were stolen.

According to Michael Moore, Los Angeles Police Department (LAPD) Senior Lead Officer for Pacific Palisades, “If criminals are at PCH and Sunset, they’ll walk along and probably pull on the handles of the cars as they go by and look in and see what there is. If they don’t find anything, they move on. But they will go into each and every car that they possibly can once they’re in the area.” Moore added, “They figure that by the time somebody at the beginning of their route discovers that their car has been broken into, they’ll be far enough away that those individuals won’t see them committing additional crime.”

While anyone could be a target for crime, according to Moore, surfers are the most targeted victims in vehicle crimes along PCH. “A lot of times they’re leaving keys where they consider them to be hidden, but they don’t take into account that people are watching them,” Moore said. “The most common place used to be sticking a key on your wheel, however, I’ve seen it where surfers have hidden their keys amongst the rocks and their car still gets broken into with the key being used. In fact, they find that their key is missing, and it’s because the people that are taking their stuff are sitting there watching.”

Moore added that leaving valuables in a car where other people can see them makes it a natural target. “It’s very rare for a car to get broken into if somebody looks into the car and doesn’t see anything of value to take,” Moore said.

Ted Catanzaro, grew up in Pacific Palisades and has been surfing at various spots along PCH for 40 years. For decades, Catanzaro would hide his key under the tire of his car, but earlier this month while surfing at Surfrider Beach in Malibu, his vehicle was broken into. Thiefs used a hidden key to open the door and take Catanzaro’s wallet, phone and keys. While dealing with the aftermath of the break-in was a hassle, even more to Catanzaro was how this changes his mindset about surfing.

While preventing theft is not guaranteed, there are tips to keep in mind to help mitigate the chances of becoming a target. “First and foremost is keeping anything, any excess property, out of sight in your vehicle,” Moore explained. “We recommend that cars look like they’re coming off the dealership lot- so no jackets in the back seat, no bags, not even a little bag of make- up. People like to put coins in their cup-holder in case they want them readily available if they have to park at a meter. All these little things will cause somebody to break into a car, and if they can’t find an easy way in, they will smash the window.”

Moore continued, “Second thing I suggest is if your car has an alarm, always set the alarm. I know a lot of times an alarm will go off and people just kind of look at the car and keep going. They don’t really pay attention to it. If you’re surfing out there and you hear a car alarm going, you might actually look up and see your own car getting broken into so it could be a deterrent.”

Locals and visitors are encouraged to be aware of the possibility of theft at any given time. “It happens when the opportunity is there,” Moore said. “A lot of people like to blame the homeless for committing the crimes. Don’t get me wrong, sometimes the homeless do commit crimes. But it’s not always the homeless that are breaking into the cars. It all depends on when a criminal comes into the area and when there’s victims available. It could happen at any time.”