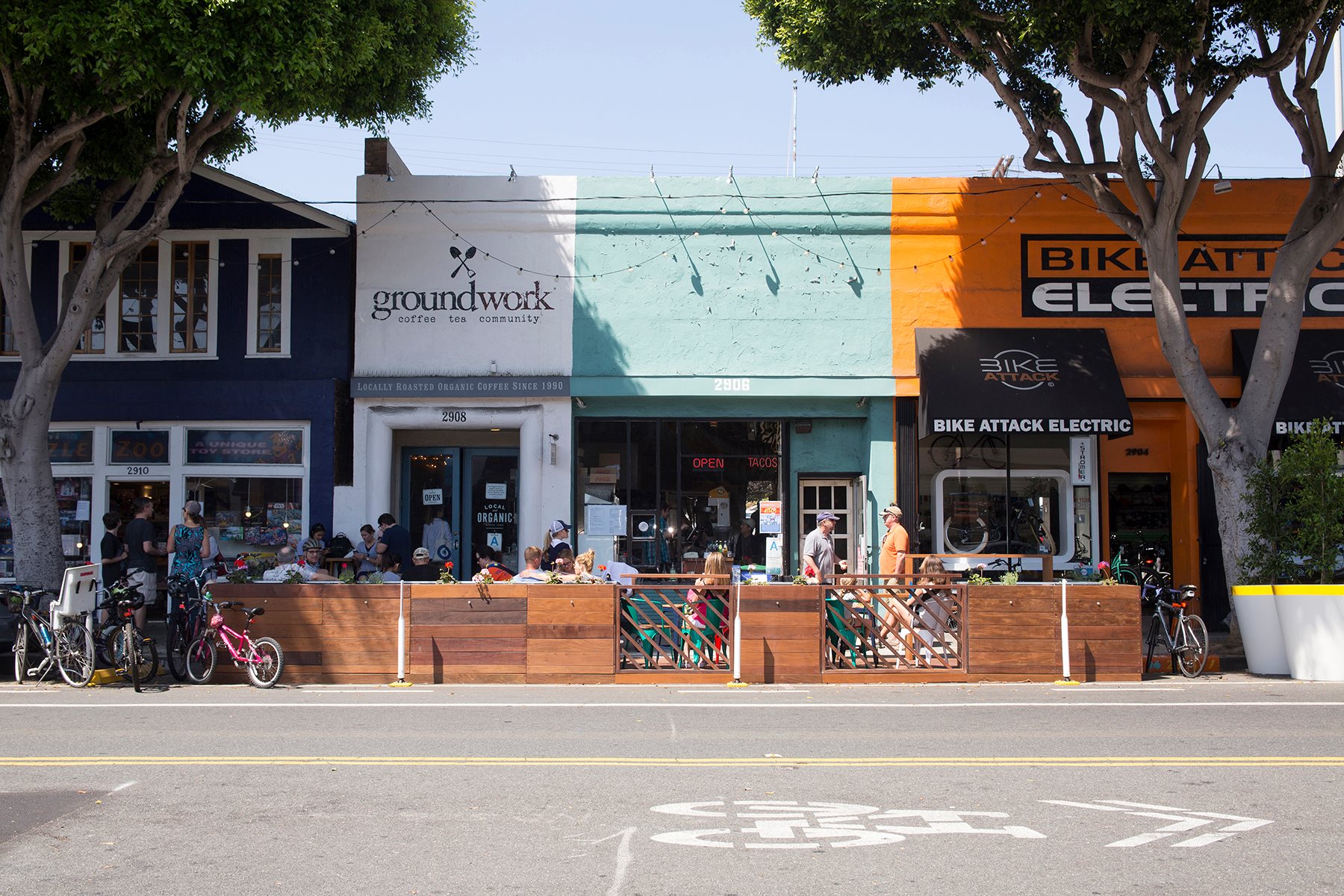 After a successful pilot program on Main Street, Santa Monica City Council voted last month to close out public funding for parklets. The Council was unanimously in support of facilitating parklet expansion throughout the city, but private businesses will now be responsible for shouldering the costs. Business owners on Montana Avenue have already expressed interest in the bringing parklets to their street.

By replacing two street parking spaces, the wooden decks expand the sidewalk and provide public seating options for businesses in the area. City Planner Russell Bunim outlined the pilot program’s success at a June 11 meeting, noting that the parklets were well maintained and did not experience issues of crime, vandalism or safety. According to a UCLA study, the Main Street parklets “successfully created active public space” with “little to no reported problems.” Bunim reported that following the success of the pilot, businesses on Montana Avenue and in Downtown Santa Monica have “asked for parklets.”

Employees and owners of various businesses on Montana Avenue have generally expressed support for parklet expansion. For example, Fred Hakim, the owner of Fireside Cellars, says parklets would be good for bringing foot traffic to the area. “A lot of people come here to visit Montana,” Hakim said. “It’d be nice, when they eat, to have a place to sit.”

Parklets’ impact on parking was more contentious. Burro Goods Manager Amanda Burns is worried that sacrificing parking for seating will cause “a little bit of…frustration.” But others, like Jigsaw London Assistant Manager Alfredo Rubio, pointed out that parking near Montana Avenue is fairly accessible. “Parking could be a problem, but we do have parking lots that people don’t seem to know about,” Rubio said. Sixtine Damon, the owner of Le Macaron, also said parking on the cross-streets is easy to come by and free for two hours.

Damon and Burns both pointed out that Montana Avenue already has outdoor seating in many locations, and both of them question the necessity of the program. Damon points out that her shop already has an outdoor seating patio, but she maintains that parklets “would give a lot of life to the street.”

Lastly, some were worried about the safety of parklets. Burns said the speed of traffic on Montana is frequently a threat to pedestrian safety and clear indicators — such as blinking signs or speedbumps — would be needed to make the parklets safe. Hakim also expressed concerns for safety, suggesting that parklets be surrounded by concrete planters to protect pedestrians from accidents.

Although the Council was unanimous in its support for more parklets around the city, they were divided over how parklets should be used once private businesses are responsible for their construction. Santa Monica Mayor Gleam Davis warned against the conversion of public space into customer-only seating.

“We all like the idea of parklets, we want [city] staff to come up with ways to facilitate more parklets. We certainly have businesses that already are interested in parklets, but we want to be cognizant of, shall I say, over-privatization,” Mayor Davis said.

City staff is currently working on recommend guidelines for the expansion of parklets to the council at a later date.