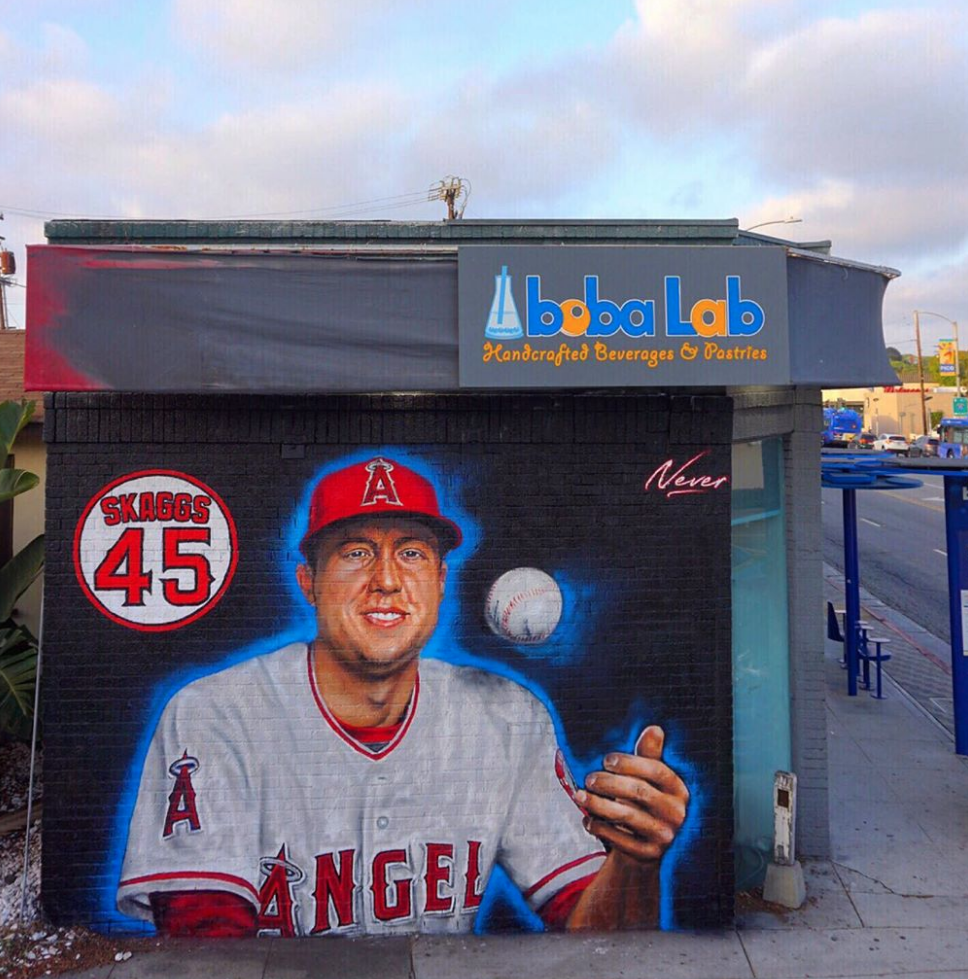 Local artist Jonas Never painted a mural commemorating Santa Monica High School alum and Los Angeles Angels pitcher Tyler Skaggs, who passed away tragically on July 1. Skaggs was found unresponsive in his hotel room in Texas before a scheduled season opener against the Rangers. Never is known for his murals around the city honoring the life of iconic celebrities like Linkin Park’s Chester Bennington and chef Anthony Bourdain.

The mural can be seen near Skaggs’ old baseball field at Santa Monica High School. Never posted a picture of the mural on his Instagram with the caption, “Proud to paint [sic] this mural for Tyler Skaggs right across from Samohi (where both of us played baseball…though he was much, much better).” Skaggs went on to thank Art Without Boundaries, Pico Youth & Family Center, St. Louis Cardinals pitcher Jack Flaherty, and the Santa Monica Police Department among others who helped support the project.

Skaggs’ death shocked the nation and the community he was a part of in Santa Monica. Ben Drati, superintendent of the Santa Monica- Malibu Unified School District, said in a statement, “Tyler continued to make visits to our schools the past several years to speak with students and we proudly watched his ascent in professional baseball, along with his family.”