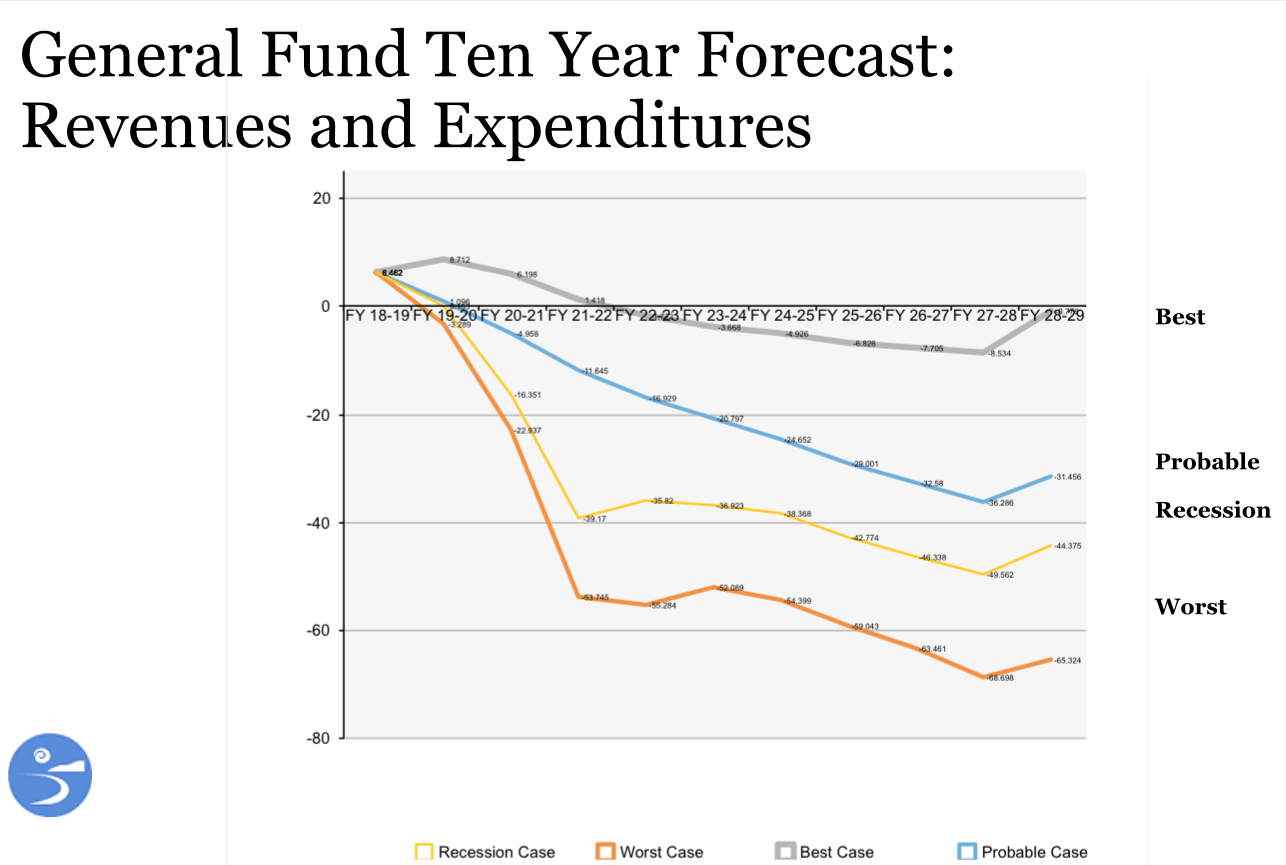 City looking for members of the public for budget task force

The City of Santa Monica, anticipating a budget shortfall, is looking for six members of the public to serve on a task force to make recommendations for at least $4 million in reductions between 2020 and 2023.

The 11-member Budget Task Force, comprised of six community members and five members from the city staff, will advise City Manager Rick Cole on options and priorities for addressing budget shortfalls over the coming six years.

Cole announced the task force in an August 5 blog post. According to the City Manager, Santa Monica’s traditional ways of budgeting and economic and forecasting face challenges. Established revenue streams are growing at a slower rate due to macroeconomic changes while pension costs are projected to increase significantly to address statewide unfunded public pension liabilities.

“Santa Monica is not immune to impacts from national and global economic trends,” Cole said. “Santa Monica recognizes that profound technological, economic and demographic changes are reshaping our lives, affecting both the public and private sectors and rendering old ways of doing business and delivering services increasingly obsolete.”

The $712.9 million includes a $9.3 million payment towards Santa Monica’s unfunded pension liability. According to the City, this is part of a strategy to accelerate payments to fully fund Santa Monica’s pension obligations within 13 years, saving over $100 million in interest costs over 30 years. Because the City is spending more money now to pay off their pension obligations, after decades of being financially in the green, the City of Santa Monica is forecasted to go into the red over the next decade as it pays off $448 million in unpaid pensions to the state.

“The City forecasts a budget shortfall to grow to between $34 and $47 million, driven largely by sharply rising pension costs and flattening revenues,” the City said in a press release earlier this year.

Relevant experience in business, public sector and non-profit management and innovation alongside basic knowledge of financial matters are among the qualifications for task force members.

August 30, 2019, is the deadline for application submissions.

If you want pasta but are cutting down on carbohydrates, Spaghetti Squash might be the perfect solution to achieve your...