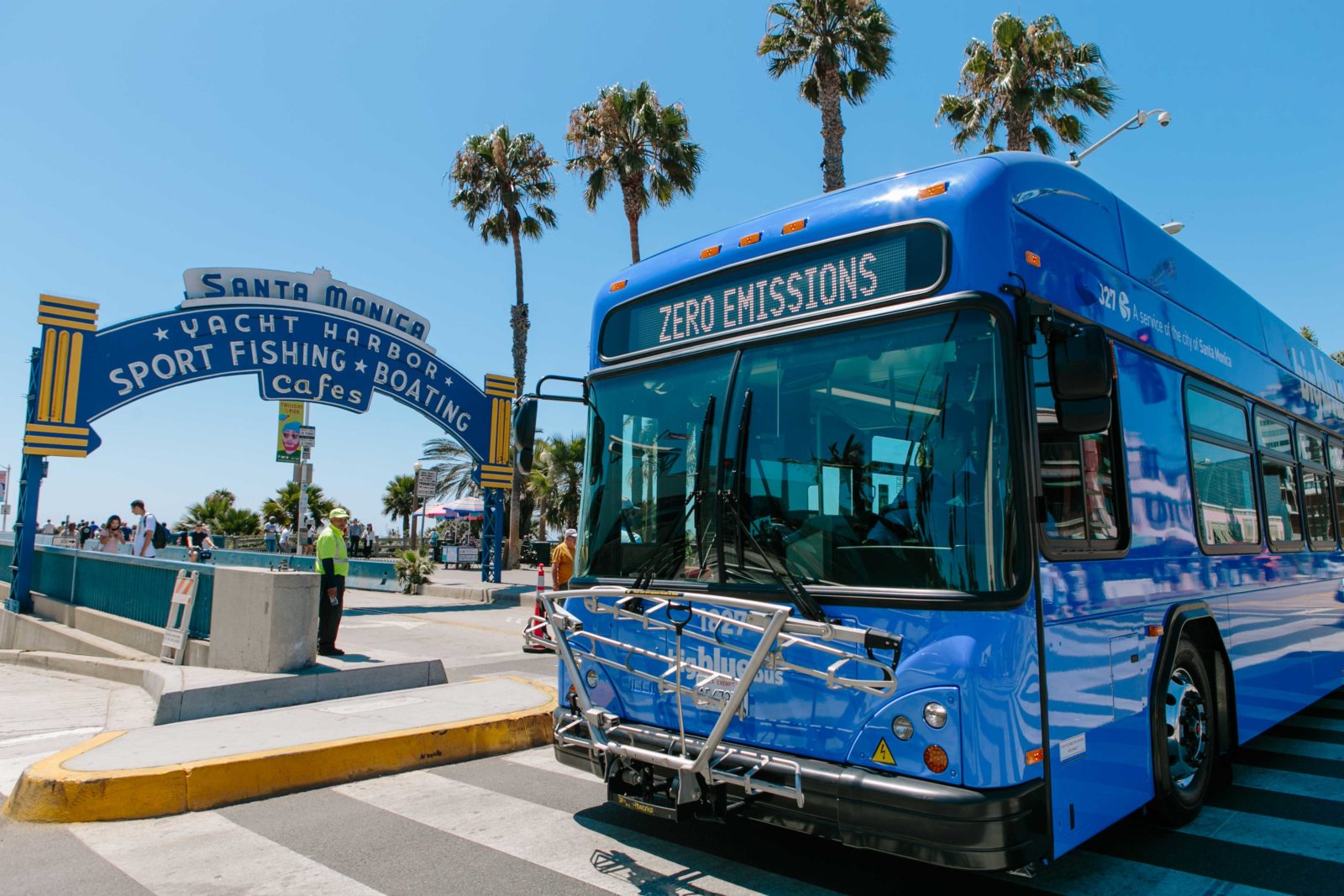 Big Blue Bus (BBB) announced the arrival of its first battery-electric bus (BEB). The announcement came two weeks after the Los Angeles County Board of Supervisors adopted one of the nation’s most ambitious sustainability plans which aims to create a fossil-fuel-free Los Angeles County within the next three decades.

“Today marks a major milestone in our zero-emissions journey and our first step in our transition to a clean energy fleet by 2030. This will also mark a significant step toward preserving our environment and protecting our communities,” said Ed King, Director of Transit Services.

Equipped with six onboard batteries, the bus is powered by 100-percent renewable energy, and can be fully charged in under four hours. The bus uses a regenerative braking system that helps it reach a travel range of up to 150 miles on a single charge.

According to BBB, “As a public transit agency, we have a responsibility to safely connect people to opportunities that enrich their well-being, and we must do so in a manner that contributes to the preservation of people, place, and planet. This principle, along with state and local goals for zero-emissions buses (ZEB), has guided our important work toward strengthening our commitment to sustainability and the environment.”

BBB partnered with GILLIG and Cummins Inc. to design, build and test the new BEB. According to BBB, in July 2018, Santa Monica City Council approved a sixth modification to BBB’s existing agreement with GILLIG, allowing the agency to purchase one prototype electric bus. BBB added,

“In the months ahead, we’ll evaluate the performance, cost and reliability of the BEB, while working to identify funding opportunities and best practices for future ZEBs, including the purchase and deployment of 18 additional buses by 2021.”

BBB’s goal is to have a zero emissions fleet by 2030. To learn more, visit: https://www.bigbluebus.com/Newsroom/News/Our-First-Battery-Electric-Bus-Has-Arrived!.aspx?type=News