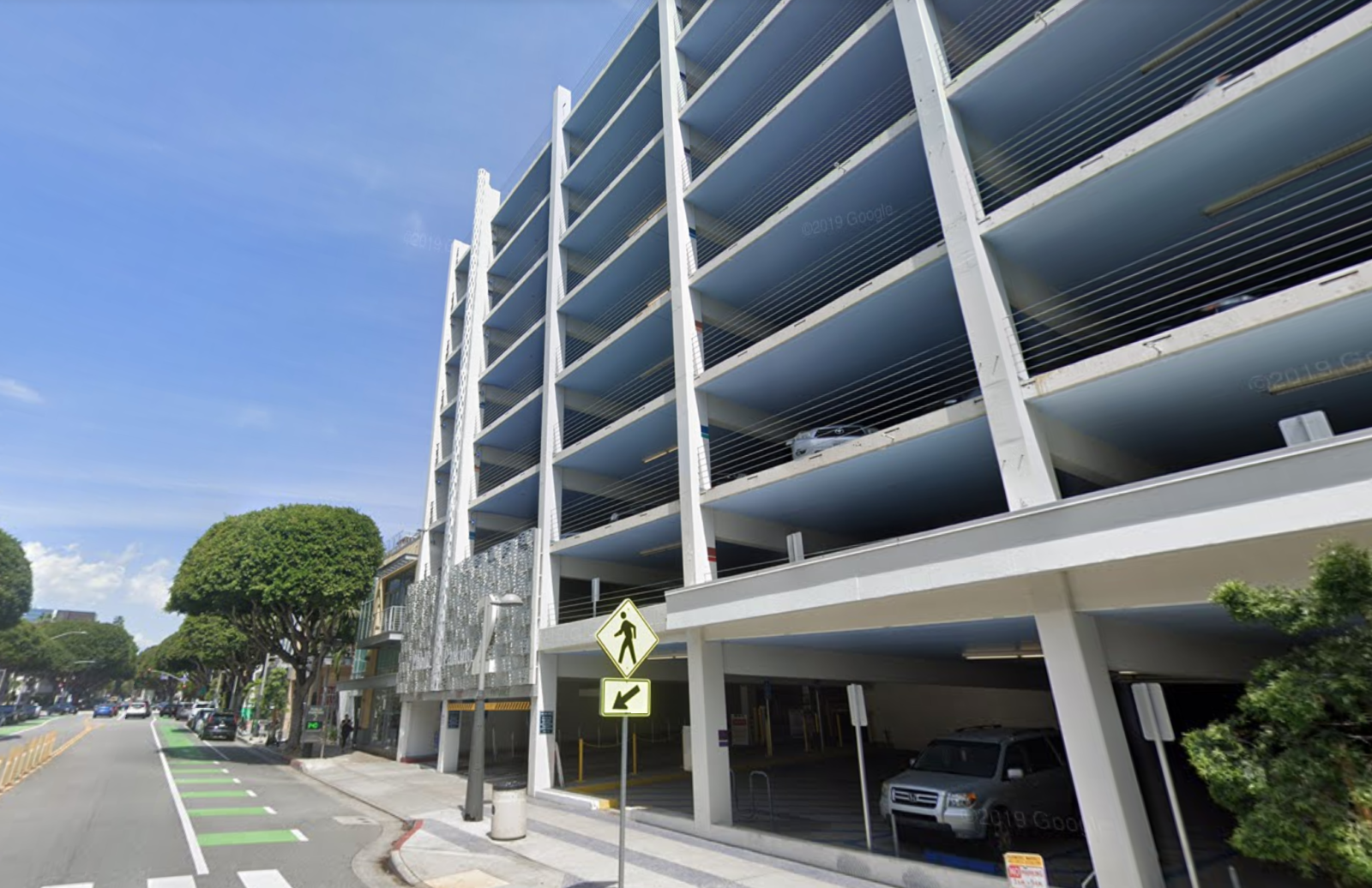 Over the weekend a man died by possible suicide after jumping off a parking structure in downtown Santa Monica, the fourth such incident in the past year to occur in Santa Monica.

According to Santa Monica Police Department (SMPD) Lieutenant Candice Cobarrubias, officers responded to investigate a body found behind a Parking Structure 2 (2nd Second Street) on Saturday around 8 a.m. after a woman called the police after finding the body. An initial investigation suggests the individual, identified by the Los Angeles Coroners office as Brad Chapman Bolton, a 49-year-old man, jumped from Parking Structure 2.

According to the SMPD, there are no signs of foul play.  The Los Angeles Corner has taken over the investigation and has notified Bolton’s next of kin.

This would be the fourth time an individual has died by suicide by jumping off a downtown Santa Monica parking structure in the past year. In April 2019, a man died by suicide after jumping from the parking structure at Broadway Avenue and 4th Street Thursday. September 2018, a man jumped off Parking Structure 4 and in December 2018, a woman died after jumping off the same structure.

The City of Santa Monica mourns the life lost by suicide at parking structure 2 this weekend. September 8 – 14 is National Suicide Prevention Week, a time to learn the signs and resources to help family, friends, and neighbors in crisis. Resources are available through the National Suicide Prevent Lifeline at suicidepreventionlifeline.org. Anyone who is experiencing thoughts of suicide should contact the Lifeline at 1-800-273-8255, or text ‘Home’ to 741741, for immediate assistance 24 hours a day,” the City of Santa Monica said in a statement.

Editors note: a previous version of this article referred to the victim as homeless, per information from the SMPD. After hearing from members of the community that the victim was not homeless, this description has been removed. The Santa Monica Mirror has reached out to the SMPD asking for more information regarding their description of the victim