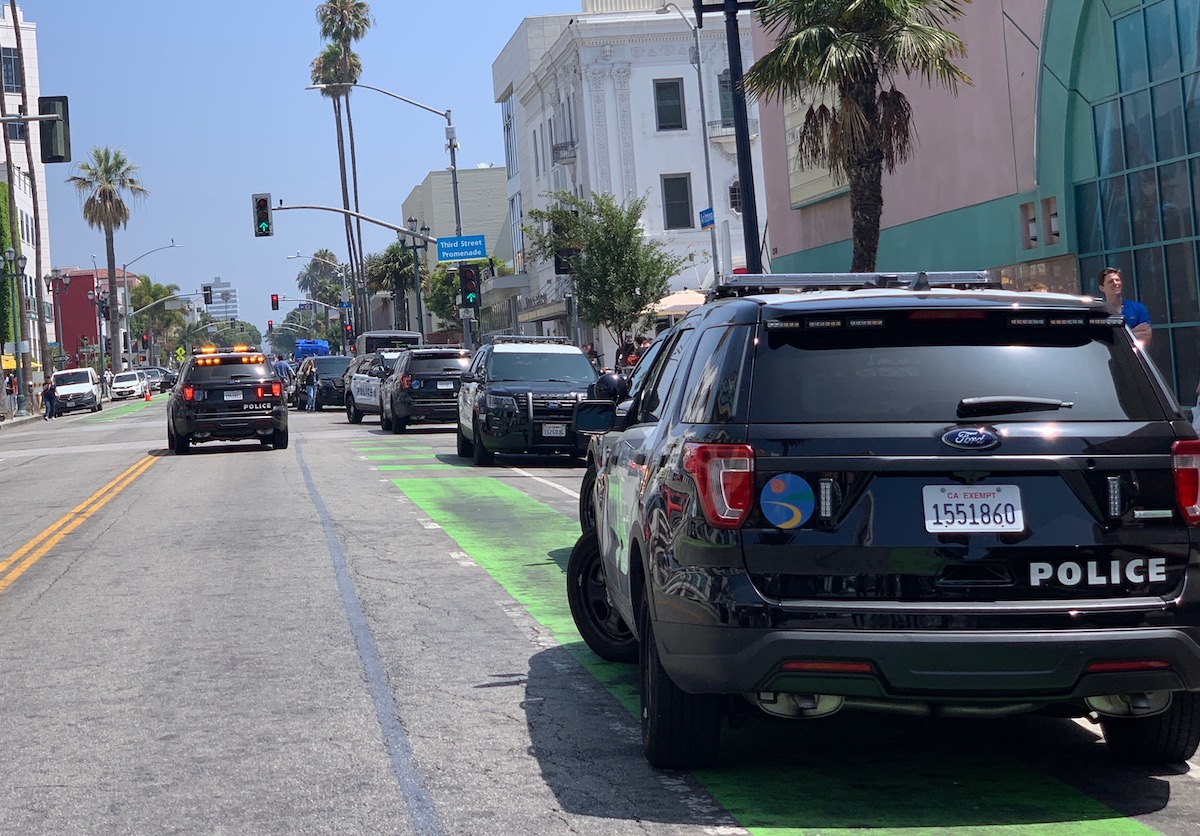 A security guard opened fire at a knife-wielding suspect who approached an armored truck near a crowded Third Street Promenade in Santa Monica Friday morning.

According to the Santa Monica Police Department (SMPD), on Friday, August 16 at approximately 11:15 am near the area of 3rd Street and Arizona Avenue, a male suspect approached a Brinks armored truck wielding a knife and attempted to stab the security guard who then shot at the suspect three times.

The SMPD responded to the scene immediately after gunshots were heard. Witnesses directed the officers to the area of Parking Structure 4 at 1321 2nd Street. A perimeter was set up and a systematic search of the structure and area was conducted.

SMPD officers located the suspect around 12:10 p.m. in the area around Structure 4.

“The suspect was found to be in possession of the knife used, money and a money bag was found in the vicinity of the suspect. The suspect was positively identified as the perpetrator and was arrested. All evidence was recovered by the Police Department,” said Candice Cobarrubias, SMPD Lieutenant. “The security guard and the suspect were not injured in the incident. The investigation is ongoing and further information about the suspect will be released at a later time.”

In addition, there were reports on social media that the incident took place on Santa Monica Boulevard and 3rd Street, but the SMPD confirmed that the attempted robbery took place in the area of Arizona Avenue and Third Street.