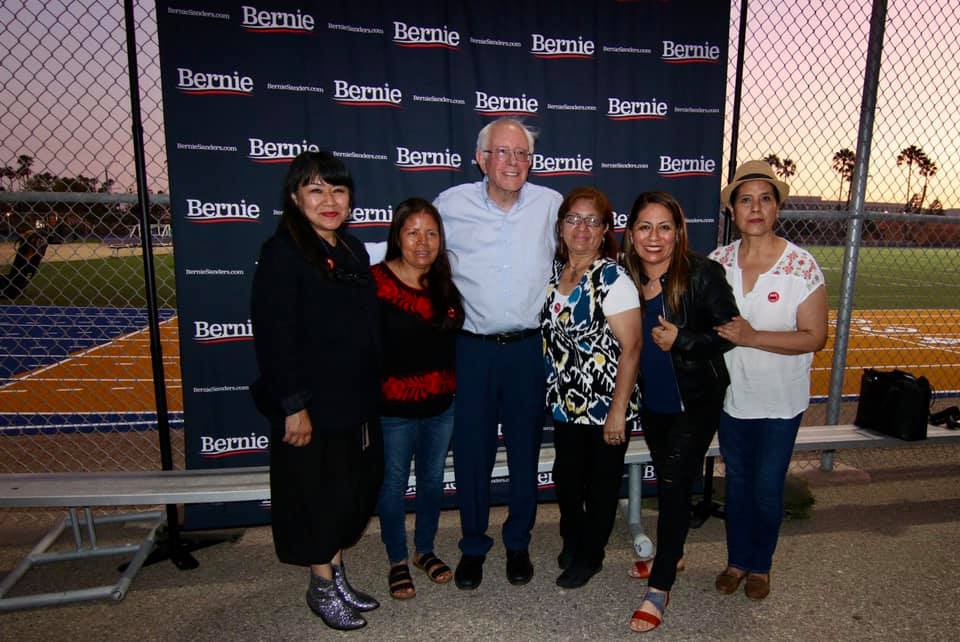 As host to over eight million visitors annually Santa Monica’s tourism industry employs over 2,000 hotel housekeepers across 41 hotels and motels. To address vulnerabilities that hotel workers face in the workplace, Santa Monica City Council will consider establishing regulations, pertaining to hotel worker safety, fair compensation and retention at their August 27 meeting, protections that Bernie Sanders has voiced his support for. Some stakeholders worry, however, that one component of these new rules go too far and could hurt the industry.

To date, the cities of Long Beach, Oakland, Emeryville and Seattle have adopted similar ordinances through ballot measures approved by voters. Consideration for Santa Monica to develop hotel worker protection began in 2018 when representatives of hospitality union UNITE HERE! Local 11 (Local 11) presented a set of recommendations related to hospitality worker protection to Santa Monica’s Commission on the Status of Women (COSW).

After engaging with local stakeholders and other cities, Santa Monica City Staff has developed regulations to address the safety and working conditions of hotel employees that City Council will consider on August 27. The scope of these regulations is as follows:

Protection for hotel workers from sexual violence by providing panic buttons among other measures; training for hotel housekeepers to ensure knowledge and skills to protect their rights and safety; hotel worker retention in instances of change in ownership provisions; required education and training to identify instances of human trafficking, domestic violence and sexual violence; provisions to ensure hotel housekeepers are compensated fairly when required to perform unreasonable workloads.

“Santa Monica is a city that prides itself on empowering its residents and workers,” said Santa Monica Mayor Gleam Davis. “Empowering women in the hotel industry is key to building a better society.”

Davis was speaking on August 23 at a Santa Monica screening of “Councilwoman”, a documentary that follows hotel housekeeper Carmen Castillo as she wins a city council seat in Providence, RI.

“Women in the hospitality industry are often treated as if they are invisible. They are not heard when they speak up about the risk of sexual assault or other threatening conduct. They are not heard when they say they are unable to properly care for their children and engage with their families because of mandatory, unexpected overtime or not paid adequately for heavy workloads,” said Stand With Women Santa Monica, an advocacy group associated with Local 11.

The issue has garnered national attention as presidential candidate U.S. Senator Bernie Sanders (D-Vt.) voiced his support for the regulations in a July 26 tweet writing “I stand with @UNITEHERE11 hotel workers fighting for protections from sexual assault and fair compensation for their work. Everyone deserves dignity in the workplace.”

I stand with @UNITEHERE11 hotel workers fighting for protections from sexual assault and fair compensation for their work. Everyone deserves dignity in the workplace. https://t.co/J2PBdKIztz

While City Staff’s proposed rules are supported by 674 housekeepers in a signed petition, some hotel managers and hospitality workers worry a square footage cap will have negative consequences.

“Our hotels offer a variety of room sizes and shapes. Daily cleaning depends on a multitude of factors. Some rooms have more beds, lamps, and desks than others. Some have more mirrors and windows. And let’s face it: some guests are messier than others! No hotel in Santa Monica assigns housekeeping tasks by counting square feet because every square foot of a hotel is different,” said Laurel Rosen CEO and President of the Santa Monica Chamber of Commerce.

Cyrus Nourafchan, whose family has owned the Cal Mar Hotel Suites on the corner of 3rd Street and California Avenue for over 50 years, says such a cap will cause his housekeepers to lose their benefits. Cal Mar Hotel Suites’ rooms average 900 square feet each, and if the proposed limit on housekeeping work is passed housekeepers will be unable to clean more than four rooms in a day.

“They will finish their work in three hours and then I will have to send them home. As a result, I will need to employ three times as many housekeepers to work three-hour shifts and my current housekeepers will lose their medical, dental insurance and other benefits due to being part-time employees,” Nourafchan said. “I have amazing full-time housekeepers that have worked with us for over 30 years and I fear that they will leave us over this. If we cannot keep our quality housekeepers, our product will surely suffer. The future of my family’s business will likely hang on this decision. If your goal is to prevent housekeepers from being overworked, then surely another more reasonable metric could be implemented.”

Roxana Fuentes Segovia, a housekeeper at JW Marriott Santa Monica Le Merigot on Ocean Avenue, shares this view. In an interview with the Santa Monica Mirror, Segovia says that if made to work part-time the commute would not be worth her time.

“All in all, this proposal instead of benefitting me it will just make my situation worse,” Segovia said. “When I reach my limit I would have to get sent home after only working three, four or five hours. I would be considered a ‘part-time’ employee, which means that I would not receive any benefits. I also am not willing to work seven days in order to gain more hours…to come to work all the way from where I live for a small amount of hours, I don’t believe that makes sense for anyone. They should not be basing our work off of square feet.”

Under City staff’s proposed ordinance, a supersession condition is included that would exempt members of Local 11 from the square footage cap under collective bargaining agreements.

Erik Kreft, General Manager of The Ambrose Hotel on 20th Street and Arizona Avenue explained that a “credit system” that is standard across the industry is what makes a square footage cap a challenge. Under this system, each task, from waste management and making beds to restocking the room and folding, arranging and tidying guest items is given a score based on how much time is it takes to complete.

“This standard ensures that day to day, housekeeper to housekeeper, we are assigning an equal amount of timed work for their shift…if you are to implement a per day square footage cap you will be penalizing employees who have more timed worked to be accomplished based on the tasks in their specific room versus others,” Kreft said. “There is so much variation hotel to hotel, room to room, meeting space to public space, that a square footage cap will be challenging to apply. Taking into account variations in the number of occupants, number of beds in a room, pillows; multiple linens, size of bathroom vanity space, you can see that a square footage cap standard will not apply fairly to each individual room.”

Acknowledging concerns about employing square footage to measure and manage hotel housekeeper workloads, City staff says Council could alternatively direct staff to advise Local 11 and hoteliers that they have 90 days to develop a compromise framework for workload.