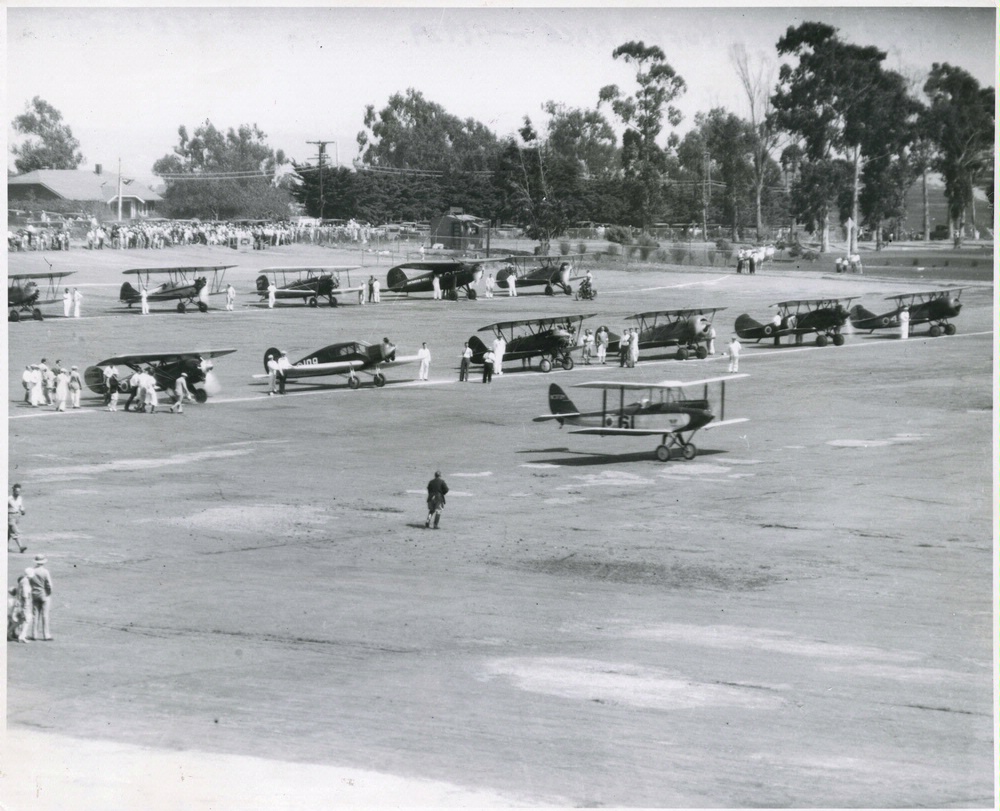 It was the summer of 1929. Twenty female pilots took to the skies in a transcontinental race from Santa Monica to Ohio in the First Women’s National Air Derby, also known as the Powder Puff Derby. Over the course of nine days, the women challenged gender stereotypes while enduring mechanical and navigational issues and threats of sabotage.

Among the women who competed were Pancho Barnes, known for smoking cigars and cursing like a sailor, Hollywood starlet Ruth Edler and aviation icon Amelia Earhart. Marvel Crosson, an experienced pilot who flew the entire course before the race, didn’t survive the derby. Louise Thaden, who came in first place, dedicated her trophy to Crosson. “We were indignant,” wrote Thaden in her book High, Wide, and Frightened. “To us the successful completion of the derby was of more import than life or death.”

Ultimately, 14 pilots finished, successfully traversing the route in a time long before GPS and smartphones. They became legends in aviation and set an important precedent in history. Following the derby, 99 female pilots accepted an invitation to join a new organization called “The 99’s,” which remains active to this day.

On August 18, fourteen women and men commemorated the 90th anniversary of the historic derby and formation of “The 99’s” by racing small plans from Santa Monica Airport to San Bernardino. Competing pilots were greeted in San Bernardino with songs from “Powder Puff Pilots,” a musical based on the 1929 derby. In an interview with KCRW, pilot Andrea Garcia said, “I started flying very late… I’m poor and have no godly reason that I should have made it this far. But when you see somebody else who’s done it, and you see somebody else who’s doing it, then you realize that you can do it too.”