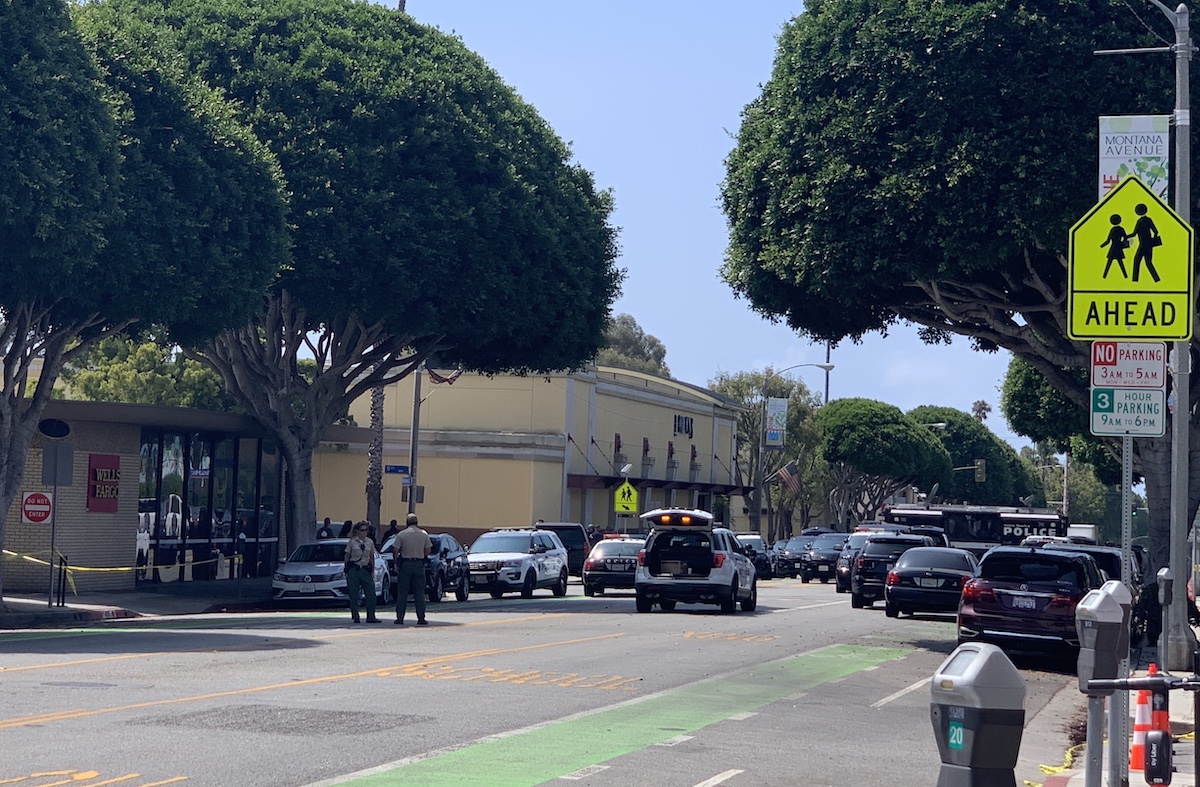 The Santa Monica Police Department (SMPD) and other law enforcement continue to search for an armed suspect who attempted to rob a Santa Monica bank in an incident that has closed down streets near the Montana Avenue area.

The SMPD received a call regarding an armed robbery at Wells Fargo on 10th Street and Montana Avenue around 9:51 a.m. and set up a perimeter to search for the suspect. At 3:08 p.m. the SMPD told the Santa Monica Mirror that “We are done. Suspect was able to get out of perimeter.”

According to the SMPD, a masked suspect entered the bank armed with a firearm and demanded money. The SMPD says it is unknown if the suspect took any money.

Roosevelt Elementary School, St. Monica, Catholic High School and First United Methodist were both on lockdown. The lockdown has been lifted.

According to police radio, the suspect is either a black male or female and is armed with a shotgun and wearing a trench coat.

SMPD’s special weapons and tactical squad was on the scene alongside Culver City and Beverly Hills police. The FBI is also involved due to the target of the robbery being a federal bank.

Montana Avenue and Washington Avenue were both closed between 11th Street and Lincoln Boulevard. Police were asking the public to avoid the area. As of 3 p.m. many closures were lifted but police are still asking residents to stay sheltered in their homes.

An update will be provided when more information becomes available.