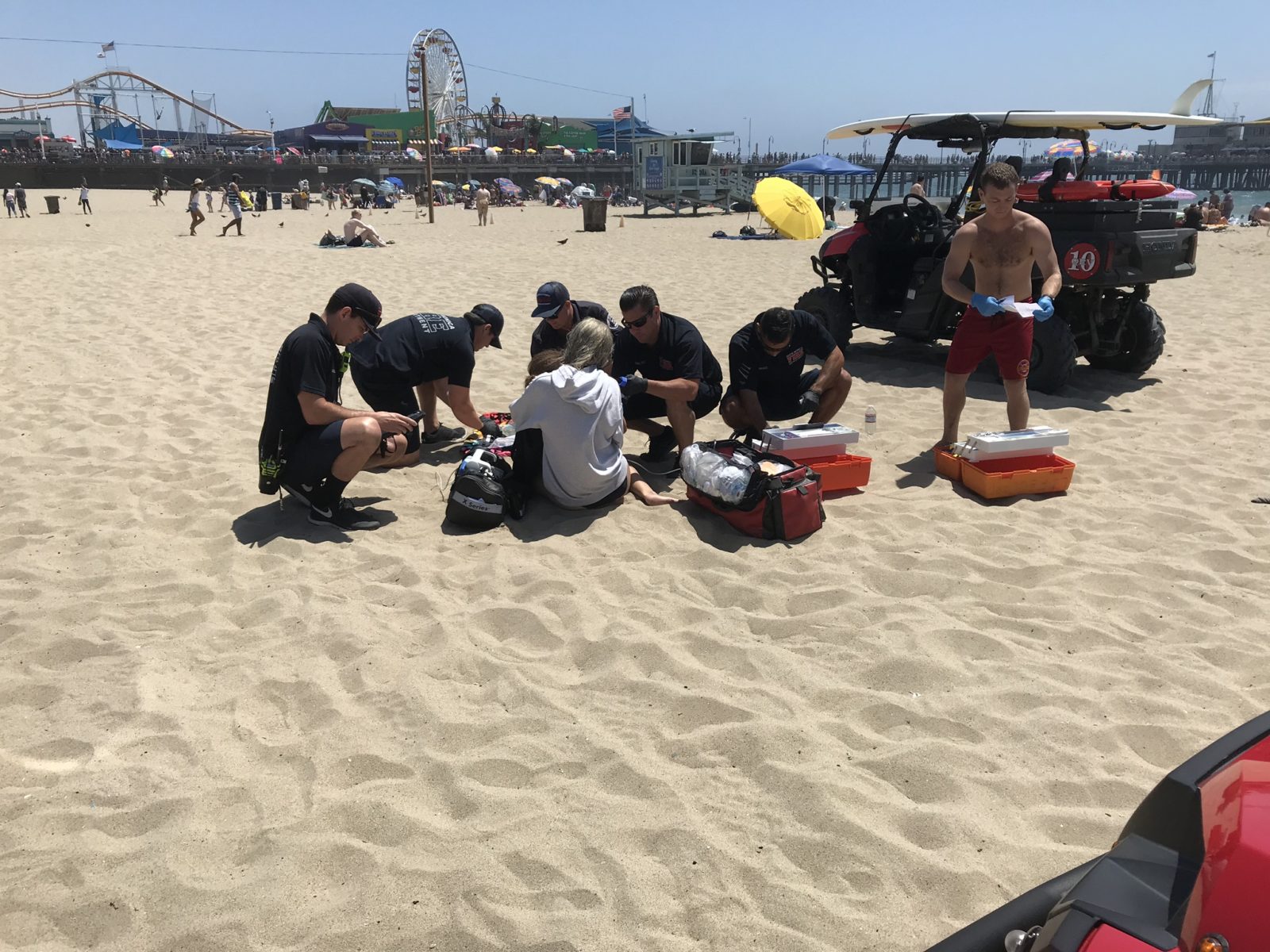 A new pilot program that stations Santa Monica firefighters and paramedics on the north end of the beach has already yielded positive results. Since the program launched in July, response times to the Santa Monica Pier and beach area have decreased by 50 to 60 percent. According to Santa Monica Fire Department (SMFD) Captain Patrick Nulty, the program has also improved unit availability and flexibility throughout the department’s response system.

“Why initiate this type of pilot? Over the last five years, the department has embarked on a series of pilots to test new deployment methods focused on the many call types and engine response districts in relation to rising call volumes across the city,” Nulty explained. “Past pilots have provided data and contributed to a better understanding of how shifting existing resources and introducing more flexibility can help meet the community’s needs today.”

One part of the pilot is that it allows on-duty crews to use their initiative and discretion in deciding how they respond to calls and what resources are used.  A response to an incident can include a traditional fire engine, a utility-style pickup truck, medical carts or even bicycles.

“These vehicles allow the department to respond to calls flexibly so they can reach people on crowded beaches with the most appropriate equipment,” Nulty said.

Increased presence on the beach has allowed on-duty crews to assist the public in a variety of ways from helping with reports of missing children to engaging with people experiencing homelessness and interacting more with the community. Nulty continued, “It has been great being down on the beach so far and the Santa Monica Fire Department is grateful for the neighbors and business owners we’ve met as well as the many calls we’ve responded to where we’ve provided help in critical moments.” The pilot program will run until the end of the year.