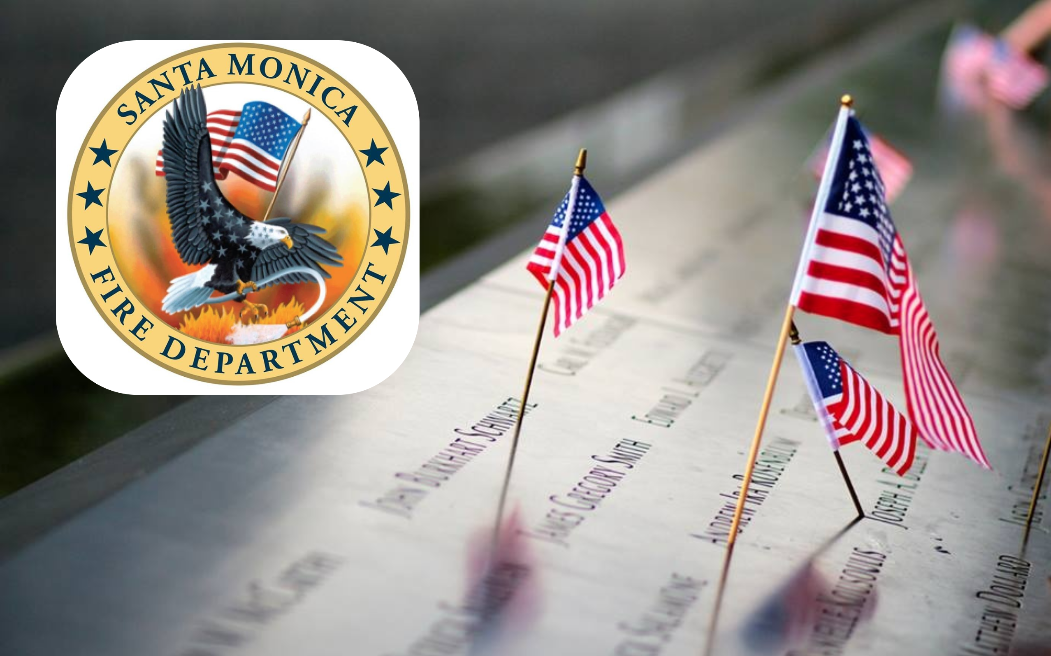 Wednesday marks eighteen years since the September 11, 2001 terrorist attacks at the World Trade Center in New York, the Pentagon in Arlington, Virginia and Shanksville, Pennsylvania.

To honor their memories and selfless sacrifice, the Santa Monica Fire Department will hold its annual remembrance ceremony consistent with the International Association of Fire Chiefs’ recommended protocols.

Four of our community fire stations will participate. City staff, as well as the public, especially neighbors of our fire stations, are encouraged to attend at any of the fire stations listed below, promptly at 6:45 am. The ceremony should last no longer than 20 minutes.