Following is the first of several articles previously written about a proposed hotel project in the center of our downtown. It appears this behemoth of a project on Arizona between 4th & 5th is rearing its ugly head again and we all need to become involved with our neighborhood councils as this single project is one more stake thru the heart of our beach town and will determine whether our downtown becomes just a reflection of Los Angeles or maintains its beachfront character.

The euphemistically named “Plaza at Santa Monica” poses a very simple question of our downtown: Is our downtown just a giant ATM for developers? If the downtown is to be the center of our city, it needs to have a commanding central open space that can be a “there” there for the entire City. Most cities, big and small, l have a large open space that is the center of their public life. This project is proposing a 148’ high cash register be the center of our public life. We can and must do better than this.

This parcel is the effective center of downtown now that downtown has been extended to Lincoln Blvd. With the downtown densification proposed in the adopted Downtown Community Plan, an open public plaza is just what this site needs. Centrally located on the Arizona bike lane, accessible for the 4th and 5th street transit corridors (which have their own freeway access), only one block from the Wilshire and Santa Monica bus lines and just 4 blocks from the light rail, this premium site should be an open space for the entire City. Not a park per se since we already have Palisades, Reed and Tongva Parks nearby, but an urban plaza that could have park-like elements, but its major role would be public events and public enjoyment. Revenue generating services will certainly be needed on the perimeter of this space, but not anywhere near the scale being proposed for this site.

Because of the proposed oversize hotel, offices and housing, the project suggests a puny corner open space that’s only 15% of the site. It’s actually smaller than the space currently dedicated to our seasonal ice skating rink. In other words, as the Downtown Community Plan build out doubles or triples downtown’s square footage, available public open space shrinks. The currently proposed roof decks garnished with faux ecologies (potted plants) are effectively inaccessible to the public because they are 18, 58, and 98 feet above the ground. The public has no real way to experience them. So at exactly the moment we need the foresight to build in more downtown open space for our current and future residents, tourists and workers, we are squandering this chance for a new inviting open space and filling it with an unneeded behemoth.

The proposed building is an ecological disaster with no chance of being even close to energy neutral, which all buildings should aim for, since it has nowhere near enough solar collector area to even illuminate safely its 12 floors, much less operate elevators, air conditioning, or electric car recharging. While maximizing its own financial gain, it arrogantly compromises the ability of its neighbors to improve their energy neutrality. The gloomy shading and negative solar impact of this building will be felt in an arc covering 3 blocks west, north, and east of the building. In fact, the main façade of the building orients north-west and will not have direct sun until the late afternoon. The open plaza is effectively shaded for most of the day by the main structure and it will block prevailing breezes needed for natural ventilation for a distance of 4 blocks to the east. Fifth St., which has only one lane southbound, and has already been overdeveloped between Broadway and Colorado, will functionally collapse under the weight of the additional 1,200 cars spreading a pool of congestion, especially to the already overloaded 4th street. A building of the proposed size can only move us farther from our goal of water independence by 2020. The list of its negative impacts goes on and on and will be all we have to show for it is $1.3 million dollars a year in rent.

But the real problem is that on a site owned by the City’s residents, the City is encouraging a development of exactly the kind of project the majority of residents rejected a few years ago by referendum. Instead of modeling an exemplary project on its own land, the City’s actions will make it very difficult to deny other developers similar 148’ high Godzillas. How can we as a community stop this kind of urban cancer when our own City government is growing the biggest tumor of all? The City should be visibly restrained and judicious in its use of our limited resources and while land is the most limiting resource, the trust of residents is also limited and is destroyed by these kinds of excesses.

There are many good alternatives for the use of this land. The 4th/5th and Arizona site could easily become the center of our City by remaining a majority open space. The role of this space would be to continue all the activities currently happening on nearby 3rd Street Promenade and sometimes in the Civic Center parking lot. In addition, it could provide space for the current ice skating rink, farmer’s market, enlarged outdoor dining, book fairs, theatrical performances or movies, pet shows, car shows, political rallies and countless other public events that require a more rectangular spaces than the linear Promenade provides. This new plaza would become the true heart of Santa Monica.

Hs anyone on the City Council or in the Planning Department shown why we “need” to violate our own zoning laws so dramatically on this particular property?

We should stop searching for a place to jam in an oversized iconic building and go back to the urban planning drawing board with a slimmed down Santa Monica Plaza. This is clearly a case where less is more. 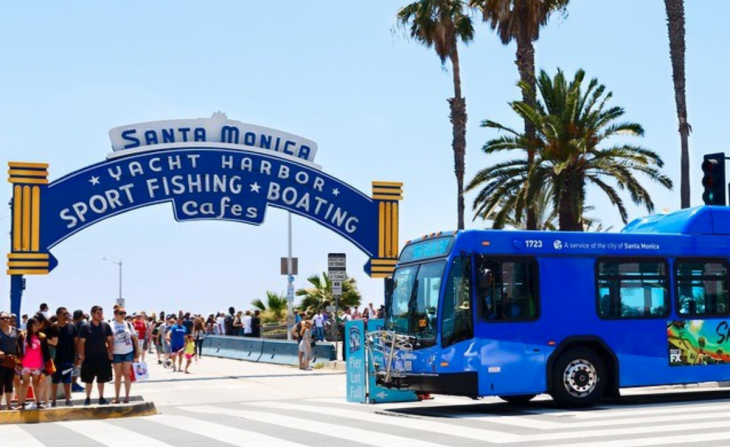 Over 40 confirmed cases in Santa Monica By Sam Catanzaro Two Big Blue Bus drivers have tested positive for the... 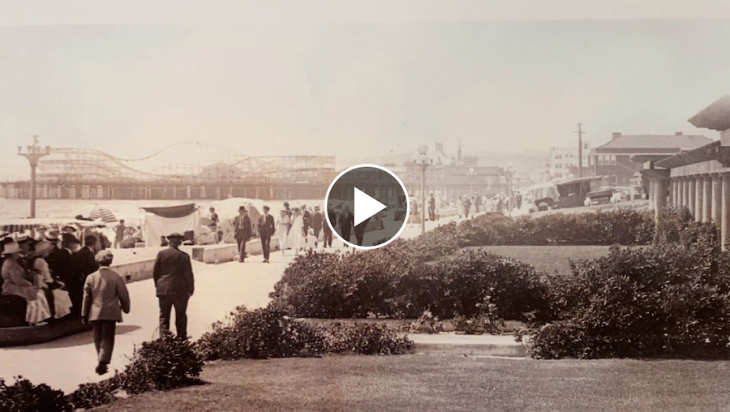 Brock on Your Block: Take a Stroll Through Santa Monica History 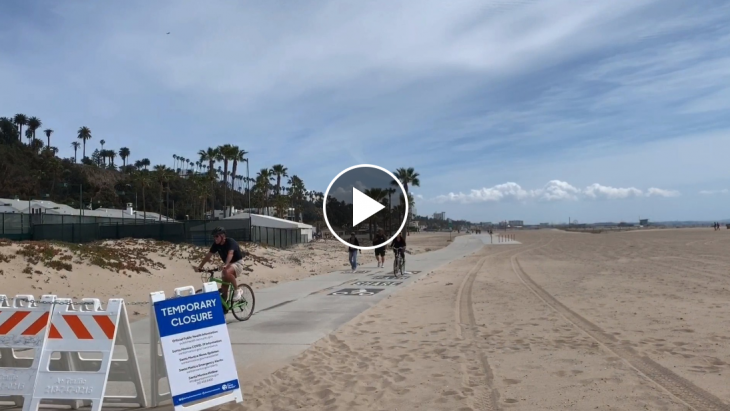 The City of Santa Monica has closed the beach, beach bike path and Palisades Park (just for the weekend) to...

Over 40 confirmed cases in Santa Monica By Sam Catanzaro Two Big Blue Bus drivers have tested positive for the...

Brock on Your Block: Take a Stroll Through Santa Monica History