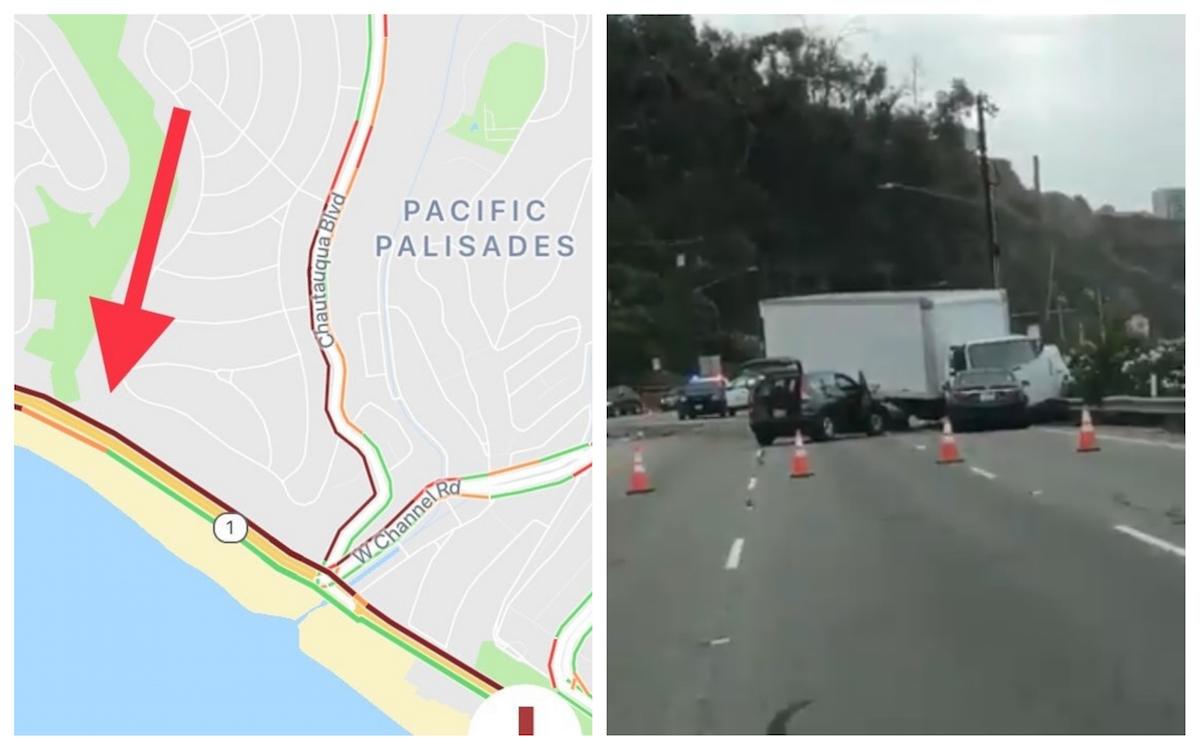 Pile-up occurs near PCH and Chautauqua

The Pacific Coast Highway (PCH) has reopened after a violent crash shut down the highway Tuesday morning.

According to the Los Angeles Fire Department (LAFD) the pile-up, which occurred around 8 a.m near PCH and Chautauqua Boulevard, involved a semi-truck and at least three other cars. All four vehicles involved had front-end damage and one car was totaled. Two victims were hospitalized and their condition is unknown. Incorrect information from Caltrans and KTLA reported that the crash resulted in a fatality, but according to the Los Angeles Police Department (LAPD) there were no deaths.

The highway was reopened shortly before 1 p.m. according to Caltrans.