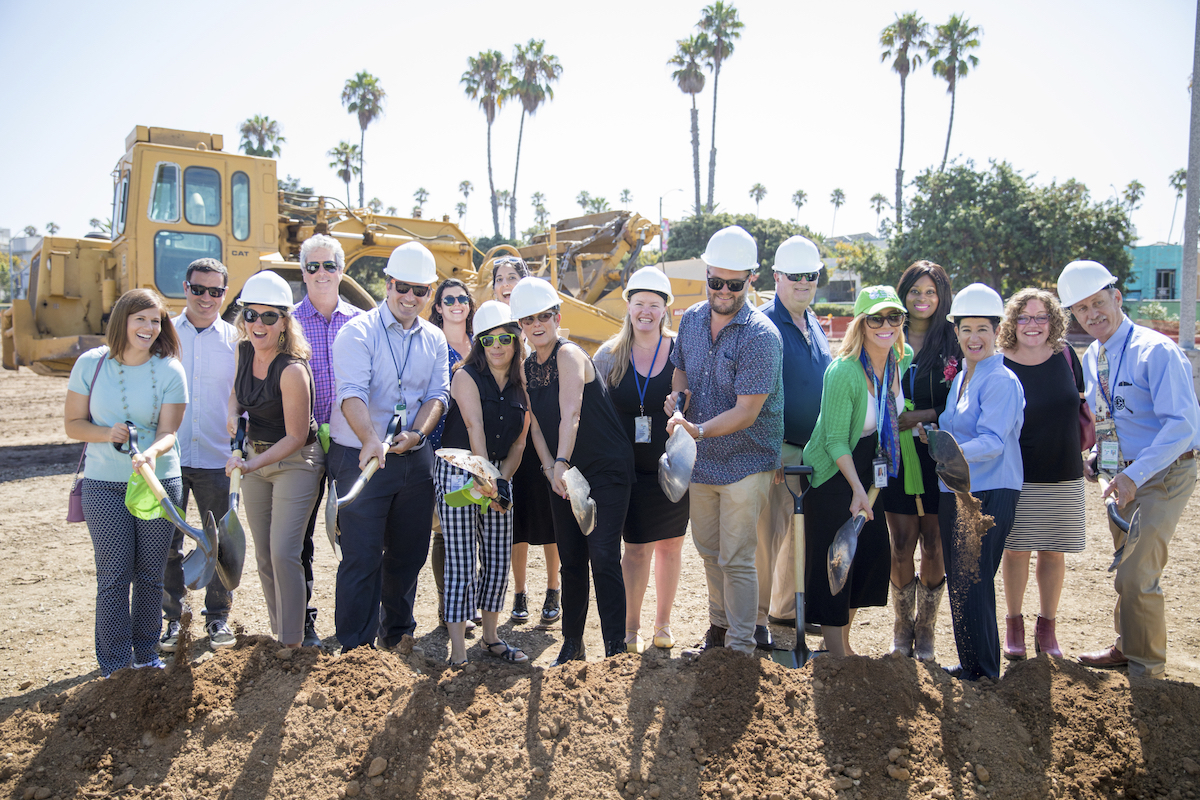 Groundbreaking kicks off construction and historical commemoration of area

On Tuesday, August 27, the City of Santa Monica broke ground on its newest sports facility, the Civic Center Multipurpose Sports Field. Slated to open in the summer of 2020, the community sports field will serve Santa Monicans of all ages with space to play soccer, rugby and lacrosse.

In tandem with the construction of the field, the City will conduct an arts-driven community engagement project to commemorate the history of the site, once the center of Santa Monica’s historic African American community known as the Belmar neighborhood.

“The City will work with key community leaders, artists and Dr. Alison Rose Jefferson, a prominent historian on the history of the African-American community in Santa Monica, for this project. This group will collaborate on the development of a significant community engagement process and subsequent education strategy, with the goal of increasing awareness of the legacy of the Belmar neighborhood and the impact of the forced displacement of African American community members on the greater Santa Monica community. This will result in a series of public artworks that commemorate this history, with additional artworks to be developed for surrounding areas in the future,” the City said in a statement.

According to the City, this $8 million project is set to be complete in July 2020.

By admin September 2, 2019
in Life and Arts, News
Related Posts