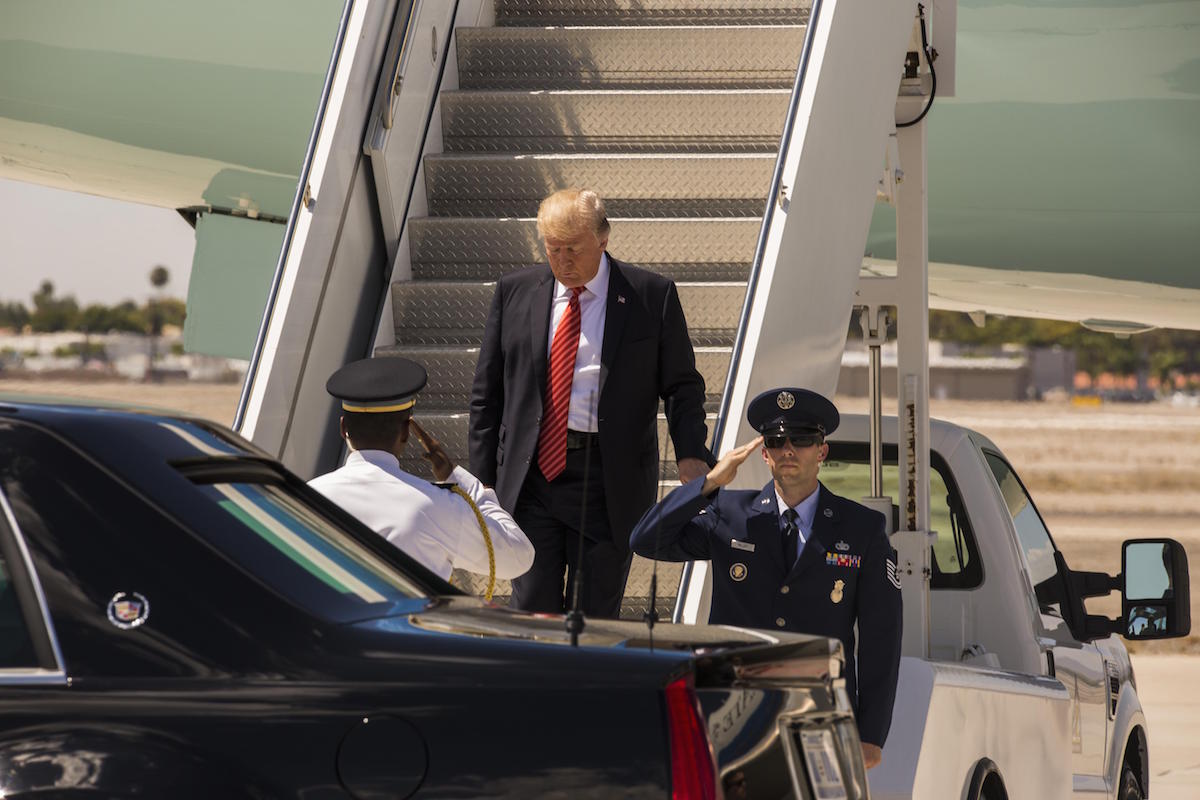 President Trump is expected to use the Santa Monica Municipal Airport (SMO) on Tuesday, September 17 and during his visit, the City of Santa Monica anticipates military helicopter activity at and around SMO.

Trump is in California Tuesday for several fundraisers in both Los Angeles and the Bay Area. Geoff Palmer, the real estate developer and one of the president’s biggest donors, is hosting a fundraiser for Trump in Beverly Hills at 6:30 p.m. to which he will take a motorcade to after landing at SMO.

The Los Angeles Police Department has announced that drivers should avoid the area around Bundy Drive between Airport Avenue and W. Pico Boulevard 7:00 p.m. – 8:30 p.m.

While the SMPD has announced no closures, Big Blue Bus has said that Rapid 10 is now on a detour in Downtown Los Angeles due to street closures. LA Metro has announced that numerous DTLA buses are on detours as well. Visit https://www.metro.net/service/advisories/#/ for more details.