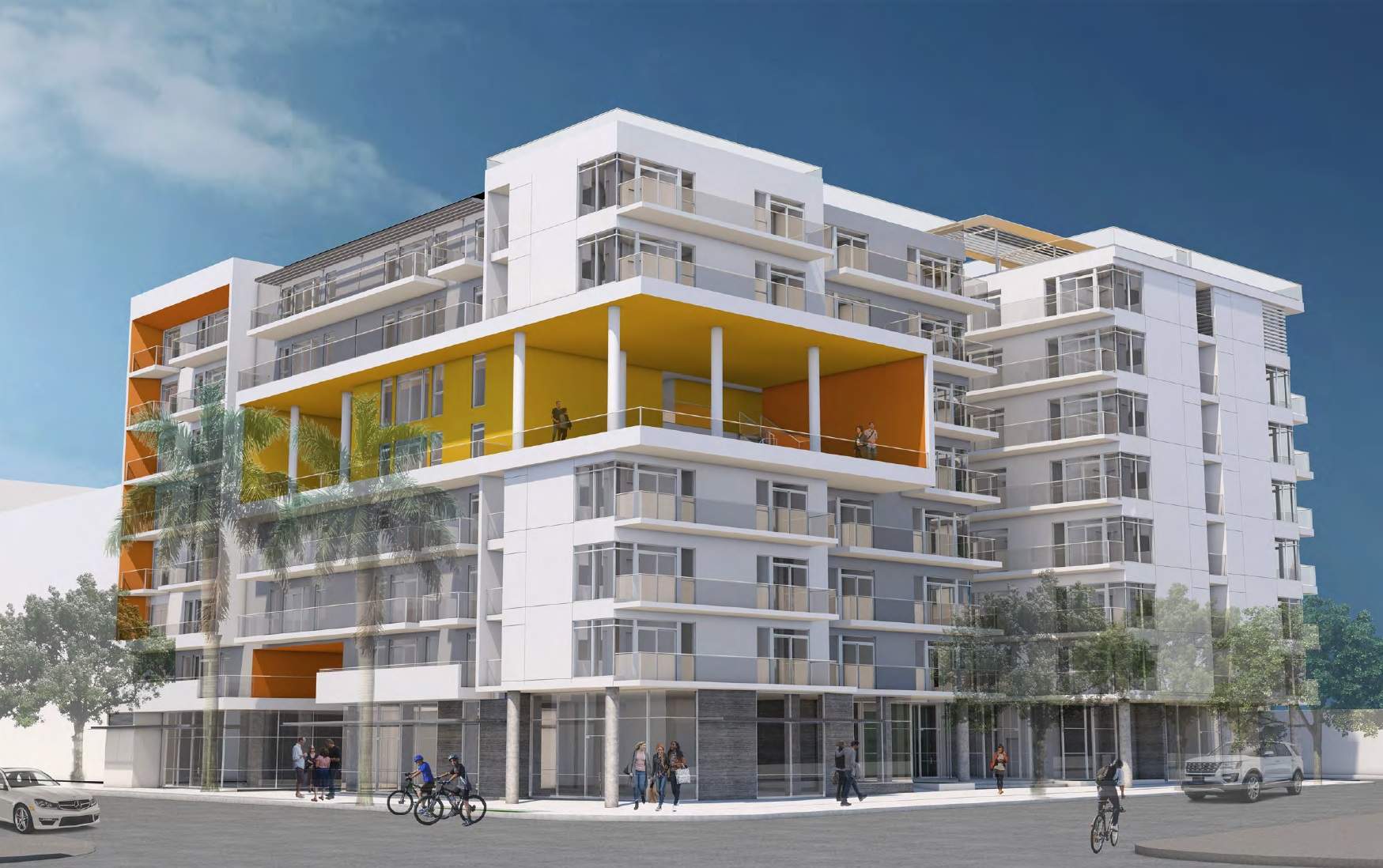 Three weeks ago the Planning Commission approved a 140 unit eight story skyscraper downtown which meets all the requirements of the Downtown Community Plan, but misses several significant City urban goals. This building at 601 Colorado is a forerunner of a large number of similar projects which on paper meet the letter but not the intent of our codes.

This unit mix was supposed to ensure that the downtown with its added density, and enhanced transportation options (Expo Line, Big Blue Bus hub and the 10 Freeway) would be a friendly place for all types of families to settle. The shape of the “family” is appropriately not specified: it could be college roommates, or couples with young children, or multigenerational families, or seniors with a live in caregiver, or people running a home business or art career or any possible combination of that elusive thing we call a family. The important thing was that the downtown would provide housing for the full profile of life from infants to seniors.

“If we don’t build real family apartments they won’t come. In this case our downtown will be less than it could be, because we allowed developers to build deceptive unit mixes that made it impossible for families to live there.”

In other words these apartments are for workaholic members of the gig economy who are never home or for wealthy students who are briefly camping out downtown. As soon as they want to throw a birthday party, to live with a lover or spouse, much less to have children, they have to decamp to find a real two or three bedroom apartment. Since these natural life events happen to everyone, what this really means is high turnover for the building owner with more opportunities to raise the rent. So not only does the starting rent from three one bedroom apartments exceed the rent from a three bedroom apartment of the same floor area, the churning of roommates means that the rent escalator, will be accelerated even further for a large portion of downtown residents. This is particularly true because NMS/WS owns such a large percentage of the downtown apartments and properties under development that they exercise essentially monopolistic pricing over the whole area. You know these small units will be very expensive.

These units are designed for a college dorm or hotel lifestyle where people accept their straitened circumstances because they know it will be temporary. But their small size makes them unlivable for long term residents, so the stability of the downtown population is decreased by their continual need to find more habitable quarters. Thus downtown becomes a transient hub of not just the homeless but also of the poorly housed by these cramped units. There will be those who will argue that we cannot afford to build real family apartments anymore and people will simply have to learn to live in smaller and more expensive cells. Perhaps this is true, but we should not accelerate this trend by allowing and approving such deception in the unit mix of these large buildings.

Finally there is one other problem with packing people in this way. The City allows these transit adjacent types of apartments downtown to have significantly reduced parking requirements which for this building totals 95 cars compared to a similar building in the rest of the City which would require 235 cars. This is part of the City’s noble experiment to see if they don’t build the parking spaces, people will magically abandon their cars. The jury is still out on that experiment, but the data is being skewed by such buildings. When you treat this building as what it really is: as 210 one bedroom apartments, just the downtown’s wishful thinking load of 1/2 car per unit totals 105 cars. The actual load using the City’s numbers for the rest of the City would be a more realistic 315 cars. You have to believe that the real load is somewhere between those two numbers, because the wealthy tenants who can afford these units will also have cars and will need to park them somewhere.There will be a scramble to rent adjacent downtown parking spaces. Its unclear who will benefit from that parking shortage, but it is certain the streets will be in greater gridlock from these types of projects.

The reverse of the famous phase “If we build it, they will come”is also true. If we don’t build real family apartments they won’t come. In this case our downtown will be less than it could be, because we allowed developers to build deceptive unit mixes that made it impossible for families to live there.