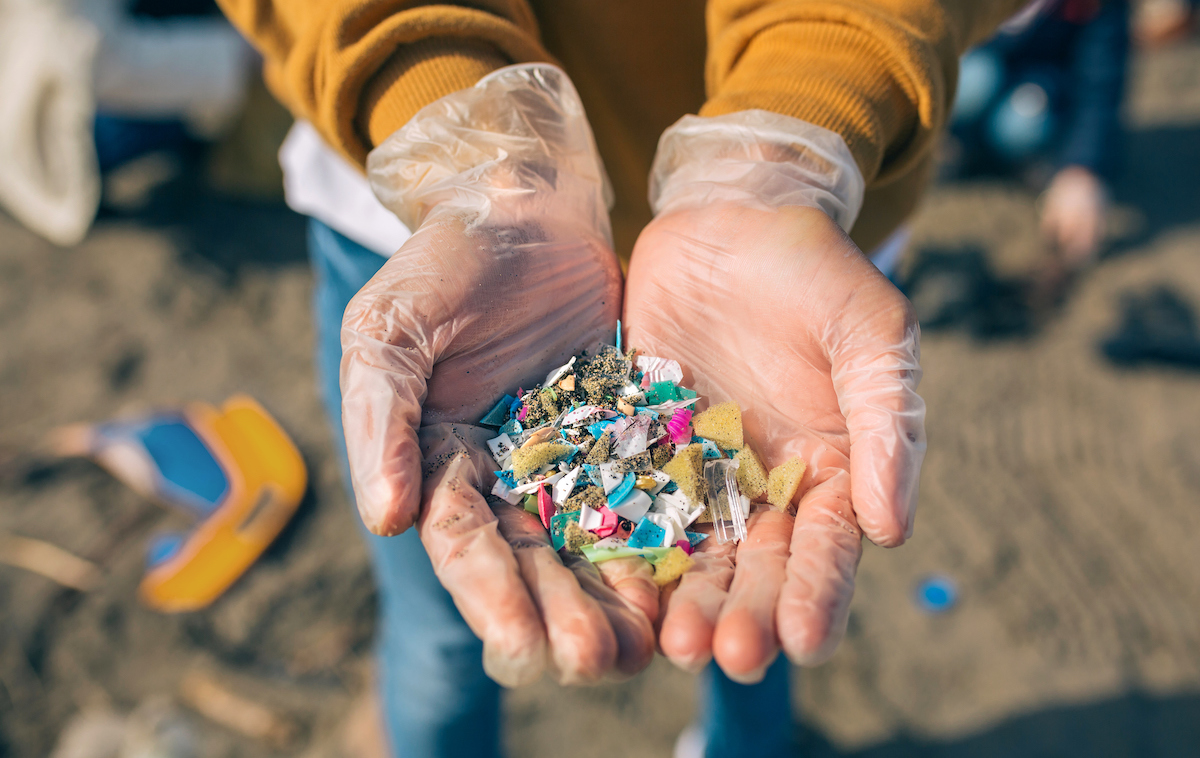 The large repercussions that our environment faces from glitter.

Micro-sized, iridescent and capturing to the eye, glitter is all what it seems. A piece of aluminized plastic used to spruce up arts and crafts, clothing and even cosmetics. But there is more than meets the eye than a staple for crafts or the material that always finds a way to stick to every surface of belongings in your home. Due to its extremely small appearance, glitter is considered a microplastic, essentially a very small and pesky piece of plastic that pollutes every part of the environment that it plagues.

Microplastic is the result of plastic trash that is carelessly disposed of, primarily ending up in our oceans, and broken down into small bits and pieces from UV ray exposure and wave action. Other microplastics include plastic beads that are manufactured and used in cosmetics and other necessities such as face wash and toothpaste. Any piece of plastic entering the ocean nestles its way into the environment to the point of no return back to the landfill, while also becoming smaller over time.

In 2017, National Geographic stated that 19 British preschools located in the south of England completely stopped using glitter in their art projects to make an effort in saving marine life, the main entities impacted by the pollution of microplastic. Due to glitter’s ubiquitous presence in holiday decorations and clothes, it’s hard to divert the use of it, and even harder to prevent it from making its way into the stomachs of diverse amounts of marine life.

Bans on the use of microplastic and plastic beads are becoming more frequent in Canada and the United States. We know that microplastic, in general, is alarmingly abundant throughout our ecosystem, and we have a clear understanding of where it’s coming from. But we haven’t figured out yet how much glitter escapes into the environment and its specific cycle and pathway.

Microplastic is frequently consumed by plankton, fish, shellfish and seabirds. The pieces of plastic built up in the stomachs of seabirds lead to starvation and death. There has even been microplastic discovered in sheets of ice in the Arctic. To fathom that plastic as small as five millimeters has made its way that far to plague new territory is alarming.

There is solid evidence that the accumulation of microplastic in our environment is very harmful and dangerous, but there is a lack of evidence specifically covering glitter. Due to the lack of data, it’s difficult to determine glitter’s ecological effects on the environment. One thing is for sure, small pieces of plastic won’t improve the health of our land and water.

Of course, there are always alternatives and ways to combat this issue. Using eco-friendly glitter that is made from plant-derived material such as cellulose that naturally biodegrades is becoming more abundant in companies’ products. More and more companies such as EcoStardust and smaller businesses on Etsy are becoming aware of this issue and transitioning to selling glitter that doesn’t impose a risk to the environment, while still providing sparkling embellishments at festivals or for crafts at school.

It is clear that urgency for change in small things is necessary. Pushing these issues aside and not thinking about our own consumption and lifestyle will do nothing to make a difference. With every issue we recognize and come to understand, our wave of action can be much greater with an immediate and intentional response.

I would like to thank my former English teacher Mr. Barraza for helping with the editing of the article.

Emma Tampanaru is a student at Samohi working on her Girl Scout Gold Award to spread awareness about the issue of glitter as a microplastic. She became involved and passionate about the environment and conservation her freshmen year, so this project and topic means a lot to her.

By wpengine October 6, 2019
in Life and Arts, News
Related Posts