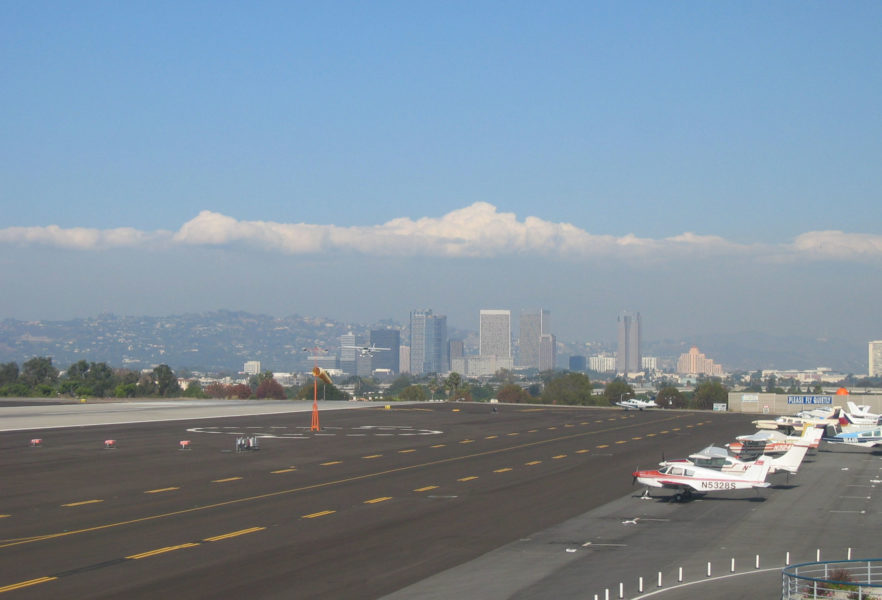 This week the Federal Aviation Administration (FAA) issued a decision saying that aviation funds may be used to pay for the removal of excess pavements at Santa Monica Airport that are no longer needed for aircraft operations.

The determination was made in response to a complaint filed jointly by National Business Aviation Association, Aircraft Owners and Pilots Association, and General Aviation Manufacturers Association vs. City of Santa Monica. In their complaint, the aviation groups challenged the use of airport funds for the runway shortening project completed in December 2017 as well as the Excess Pavement Removal Project, which is scheduled to be completed by November 8, 2019.

“This is good news that comes as we complete the removal of the excess pavement and hydroseed the areas that are no longer needed for the safe operation of aircraft to our now shortened runway,” said Mayor Gleam Davis. “The FAA determination clearly states that we are working in accordance with the Consent Decree and FAA rules, and the shortened runway ensures safe and proper aviation use until the airport closes in 2029.”

The FAA’s determination states that the “removal of the subject pavements, pavement pulverization and reuse, and the soil stabilization at SMO appear justified as an airport operating cost.” It also includes that “SMO met all applicable standards prior to the pavement removal and the airfield remains compliant with all applicable standards following completion of the project.”

Opponents argue that using airport revenue for shortening the runway is a misuse of funds.

“The proposition offered by the City – that any non-discriminatory on-airport expenditure is an eligible use of airport revenue, no matter if it is not beneficial for, or even constitutes a direct assault on, the purposes of an airport – disregards the deliberate limits on the purposes for which airport revenue may be used, and undermines the protections on the use of that revenue,” said the National Business Aviation Association, the Aircraft Owners and Pilots Association and the General Aviation Manufacturers Association in a joint letter earlier this year. “To permit the use of airport revenue to pay for a project that does not benefit an airport, whether or not that project is physically on the airport, flies in the face of this prohibition and would have significant implications for how airport revenue may be used at other federally-obligated airports.”